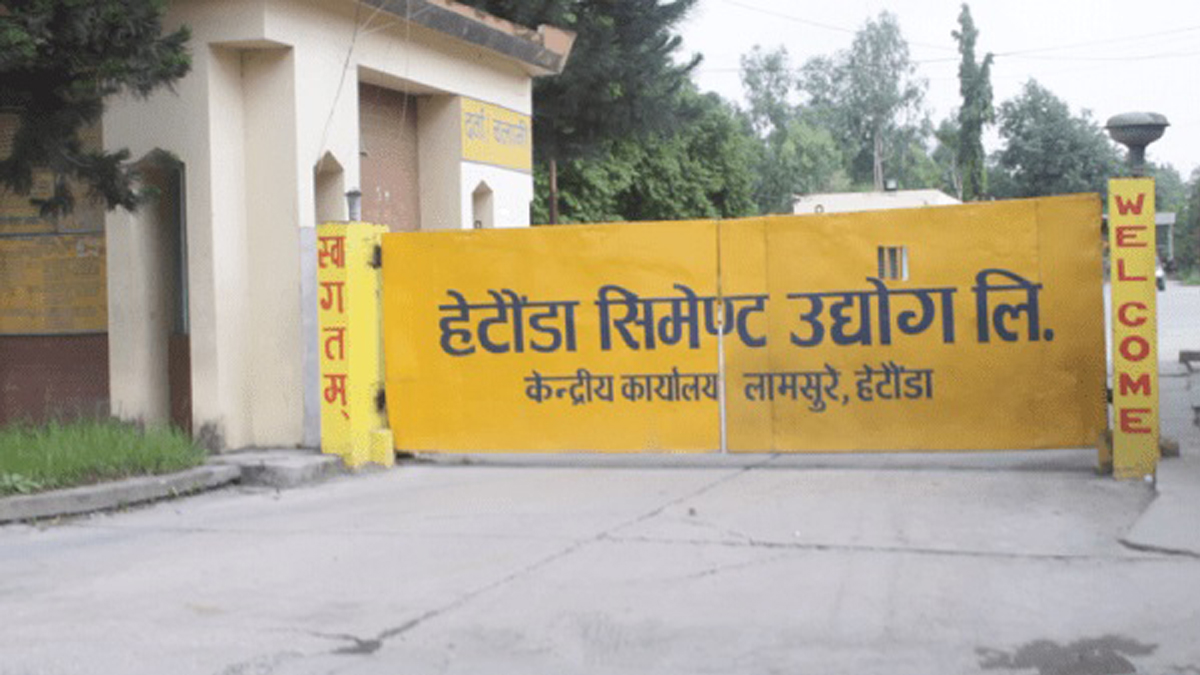 Hetauda Cement Factory that was halted since around one month has resumed. The factory stopped after its pre filter fan and electric motor broke down, said the industry’s deputy general manager Nabin Kumar Karna, adding that it resumed from Thursday after a repair.

Established in 2032 BS by the government, the factory started commercial production since 2043 BS.

It has produced 12,000 to 16,000 sacks of cement on a daily basis, and has been supplying to various cities of the country including Kathmandu, Pokhara, Bhairahawa, Dhangadhi, Nepalgunj and Biratnagar, he said.

Local people had complained that cement dust had affected their health and other normal life. The problem has been resolved now, said the cement’s general manager Basanta Raj Pandey.