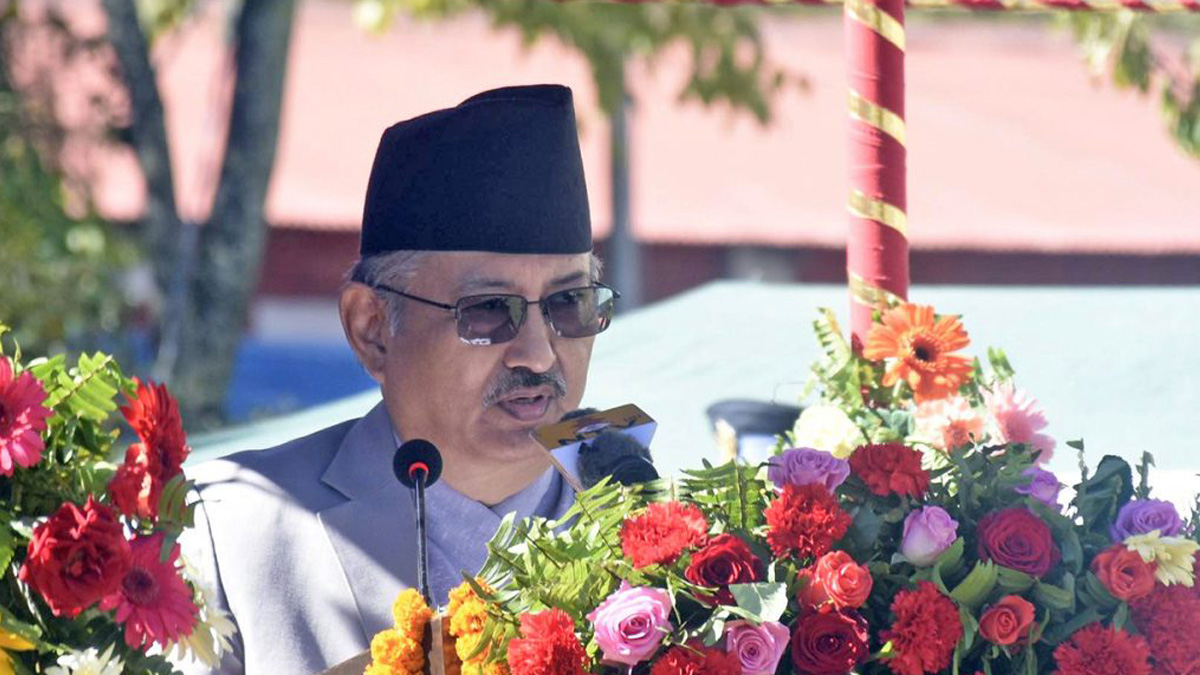 Minister for Home Affairs Bal Krishna Khand assured the Nepal Police that the government and Ministry of Home Affairs were ever with it in tackling every challenge it faces.

At a convocation programme of the 12th group of the Post-Graduate Diploma in Police Science (PGDPS) at National Police Academy, Maharajgunj today, Minister Khand expressed his confidence that the toils of trainees during the training would enable them to face any challenges that may come in the field in future.

Khand was hopeful that the trainees equipped with skills would be successful in turning every obstacle faced while combating crime and launching investigation in a result-oriented manner.

Stating that the Nepal Police had been efficiently shouldering every role and responsibility entrusted by the State in the challenging times, the Minister said that the newly trained officers would be able to discharge every responsibility professionally and deliver in a way the public would feel.

According to him, the budget for the police training was being allocated as per the need. The government and his ministry were positive for any assistance to be extended to the Nepal Police to conduct new and additional trainings to produce able and skillful human resources to cope with new challenges.

Minister Khand, on the occasion, awarded Police Inspector Kailash Limbu who stood first in the recently held training with ‘Late Kulananda Memorial Award’. He also awarded Adarsha Giri who came second in the training and Ashish Pokharel who became the third.

The Minister also awarded other trainees who secured top positions in various categories and competitions held during the training.

Similarly, Inspector General of Police (IGP) Dhiraj Pratap Singh asserted that leadership development was an integral part of the police inspector training and this training would capacitate the recent graduates of for right decision-making ability and to encourage the subordinates.

Stating that society and general public had high expectations from the police, IGP Singh viewed that the police would meet the expectations of the general public if it executes its duties with professionalism and conscience. He directed the newly trained police offices to present themselves in their work stations with utmost professional excellence, integrity and high-level of honesty.

Moreover, he also instructed them to be strict while investigating crimes and implementing the laws within the scope specified by the laws.

On the occasion, Academy’s Executive Director Additional Inspector General of Police (AIG), Sahakul Bahadur Thapa, administered oath to the newly graduate police officers and welcomed them in the police fraternity with a welcome speech.

A total of 146 police officers, including 14 female, completed the training that had commenced since July 28, 2021. The training was conducted in affiliation with the Tribhuvan University.