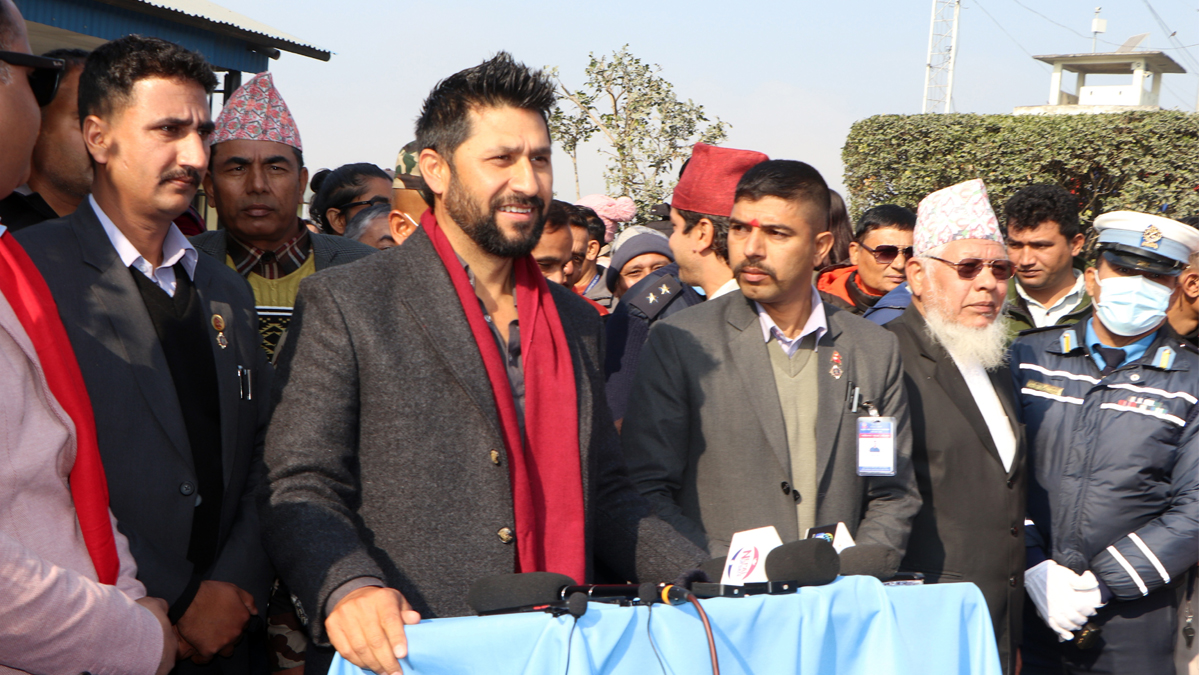 Talking to journalists at Bharatpur Airport today, he said he has instructed the Chief District Officers (CDOs) throughout the country to work with high morale.

“I have directed all the CDOs to carry out their duty without succumbing to anyone’s undue pressure or influence. I have urged them to obey the law and warned against any wrongdoing,” the Home Minister said.

“The security bodies have been instructed to carry out works resisting the ‘pressure’ from any political party. Do not listen to the political parties if they approach you asking for favour to free their people from custody or cause obstruction in crime investigation.”
He said he has told the security bodies to be harsher on the Rastriya Swatantra Party, of which he is the President, in case of such instances.

The Home Minister said he is carrying out works to strengthen Nepal Police and maintain the rule of law by resolving problems seen in the police administration, adding that a plan is being formulated for this purpose.

On a different note, he said the government would get the full shape soon and his party would recommend ministers based on their expertise.

DPM and Home Minister Lamichhane said that development works of the country would be carried out in coordination with all agencies. Stating discussions are on at the secretary-level regarding operating the closed crusher industries throughout the country, he reiterated his commitment on strict adherence to the law.