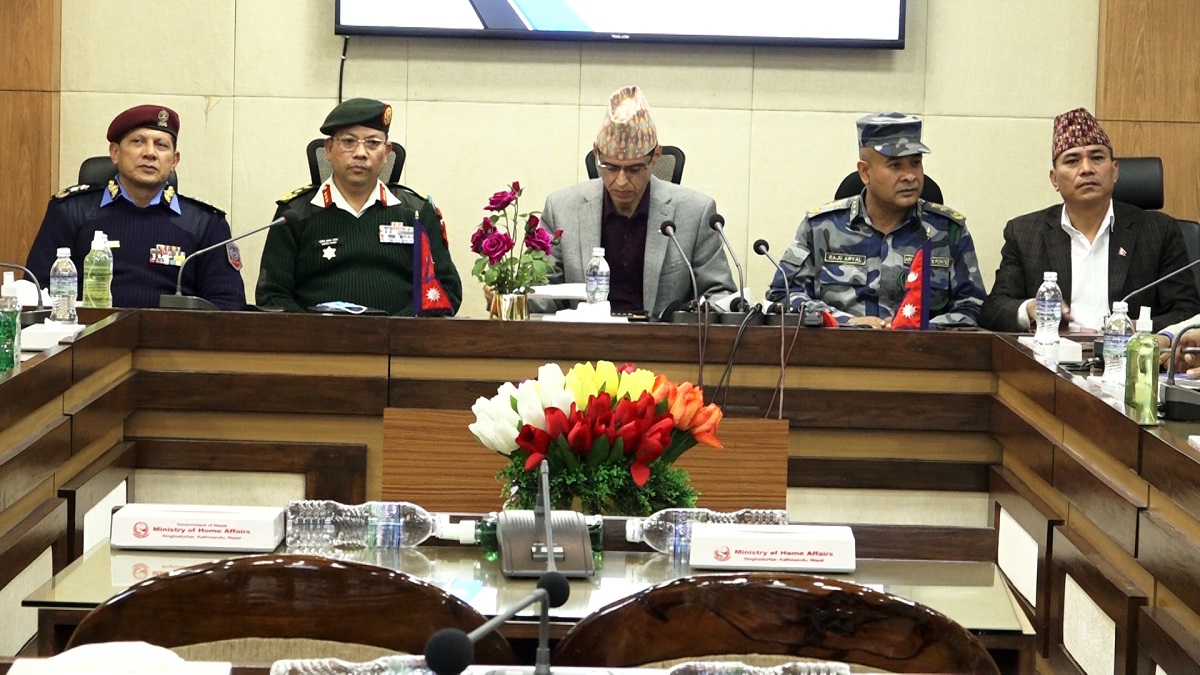 The Home Ministry has urged the voters to be assured of free, fair and peaceful atmosphere for the election to be held on Sunday. Anyone involved in violent activities has been kept under scrutiny, so there will be safe atmosphere for voting.

Organizing a news conference on the eve of the general election on Friday, Spokesperson at the Home Ministry, Binod Prakash Singh, reiterated that any individual, group or organization likely to jeopardize the election staffs, voters and ballot safety is under surveillance. “Election security is better this time. I request voters for their enthusiastic participation in the voting,” Singh viewed.

He however shared that for some days, the country witnessed some untoward activities. But, the Ministry has adopted zero tolerance to those involved in such violent activities. “We have continued scrutiny and surveillance,” Spokesperson reiterated.

According to him, Nepali Army’s bomb defusing teams were mobilized at 903 places near the polling centres. The NA has kept its helicopters standby at Itahari, Bardibas, Pokhara and Surkhet and even the air patrol is continued.

Similarly, 2025 weapons- of legal and illegal possession- were seized. In forty places, the ballot papers were ferried by the helicopters.