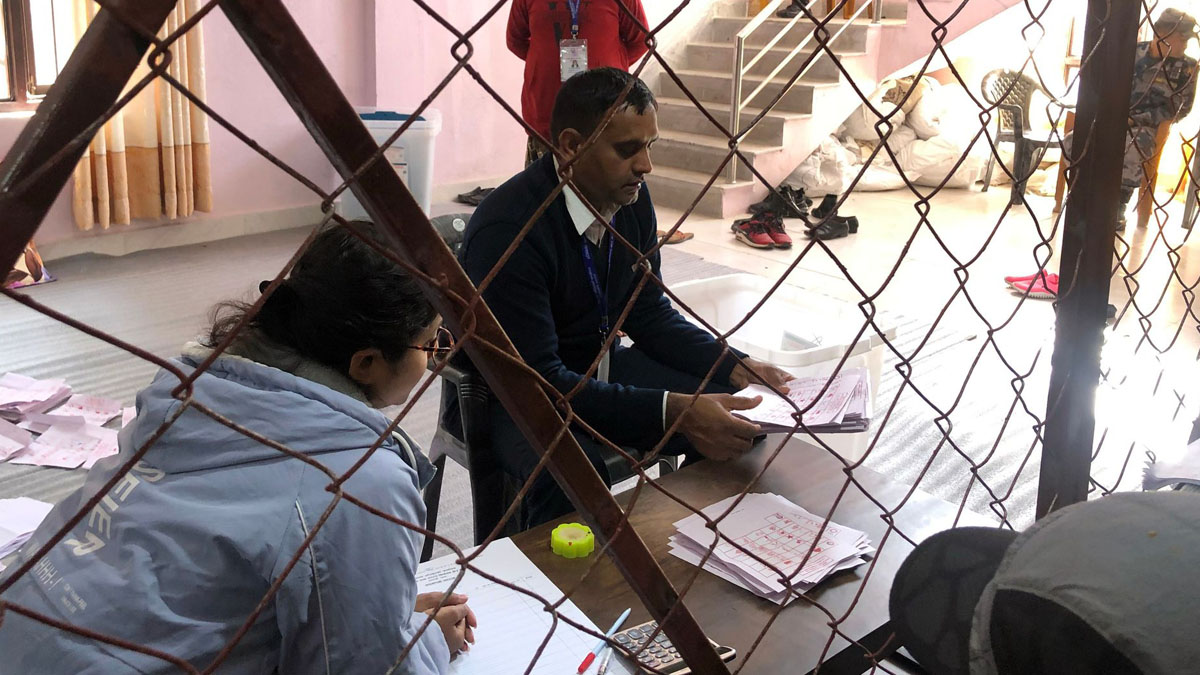 The vote counting under the elections to the Member of the House of Representatives (HoR) and Province Assembly (PA) is in progress. The voting for the twin elections was held simultaneously on Sunday. According to the Election Commission’s updates till 12:15 pm today, vote counting is taking place for 135 constituencies out of 165.

So far, the Nepali Congress has won three seats in the federal parliament: Gagan Kumar Thapa (Kathmandu-4), Tek Bahadur Gurung (Manang-1), and Yogesh Gauchan Thakali (Mustang-1), according to the Election Commission’s official website. Though Prakash Man Singh of the Nepali Congress has been already declared a winner from the Kathmandu-1 and CPN (UML)’s Prem Maharjan has won the election from the Lalitpur-2, the EC central system is yet to update the details.

In the ongoing vote counts, the NC is taking its lead in 42 constituencies, CPN (UML) in 38, CPN (Maoist Centre) in 14, Rastriya Swatantra Party in 11, Rastriya Prajatantra Party in five and other parties and candidates in 22.