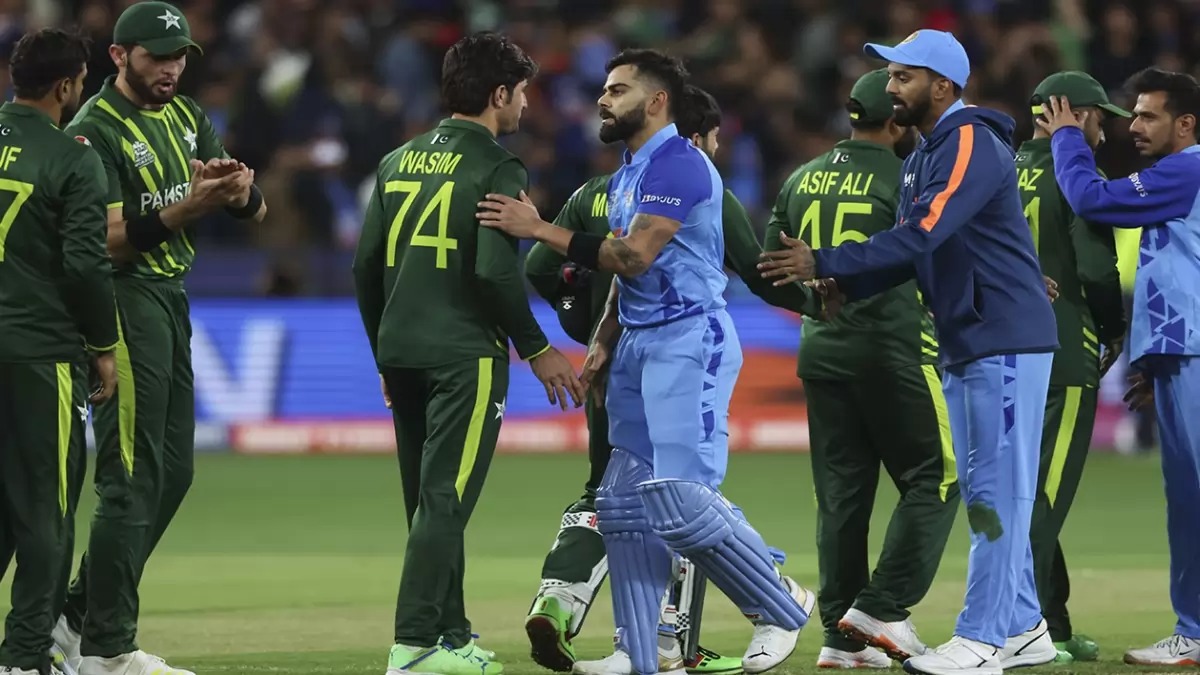 India beat Pakistan by 4 wickets in the T20 World Cup match at the Melbourne Cricket Ground (MCG) in Melbourne, Australia, on Sunday.

The match began at 1:30 pm IST. India won the toss and elected to bowl first. Babar Azam and Mohammed Rizwan were the Pakistan openers. Pakistan scored 159/8 and India scored 160/6.

Virat Kohli scored an unbeaten 82 off 53 that included a six in the final over when 16 were needed.

Kohli, along with Hardik Pandya, helped their team recover from 31 for four to somehow drag it over the line.

The climax of the match was the final over, which was given to left-arm spinner Mohammad Nawaz on a night where spin was a liability for both the sides.

Asked to defend 15 runs, Nawaz got a wicket off the first ball, and avoided a boundary off the next two deliveries as well before bowling a no-ball that was smacked for a six by Kohli. He got another wicket late in the over but that proved insufficient as Kohli had done the job by then.

After inviting Pakistan to bat first, Indian seamers found plenty of bounce and movement, just as they had in their first encounter during the recent Asia Cup.

Babar Azam was out on golden duck and Mohammad Rizwan followed him back in the dugout soon after. Shan Masood played the anchor and hung around till the end but the real star was the much-criticised Iftikhar Ahmed, whose 34-ball 51 at one point threatened to unclench India’s grip on the innings.

However, once he fell, the leakage of wickets resumed, with no one sticking with Masood for long enough. The one-down lefty finished with 52 runs off 42 balls. A 16-run cameo at the very end by Shaheen Afridi was invaluable in boosting the score.