In final week of COP27 climate talks, success hinges on ‘loss and damage’ 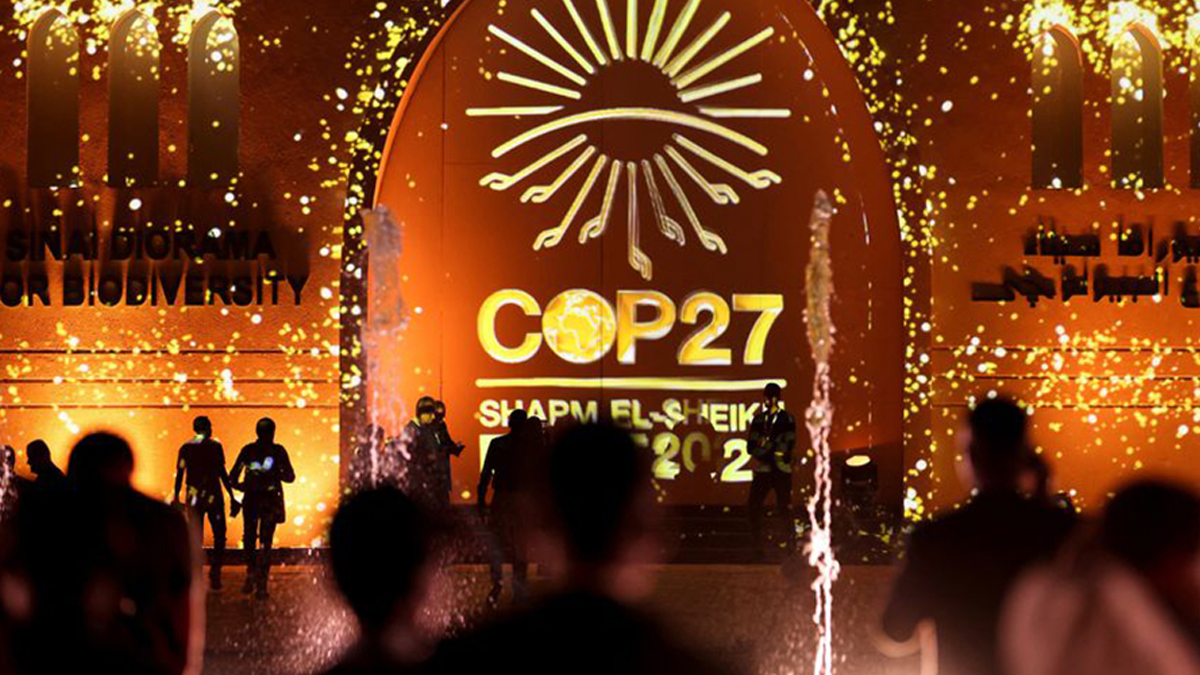 By Kate Abnett, SHARM EL SHEIKH, Egypt, Nov 14: This year’s COP27 climate summit in Egypt headed into its final week on Monday with nearly 200 countries racing to strike a deal to steer the world towards cutting planet-warming emissions and scale up finance for countries being ravaged by climate impacts.

Some negotiators and observers warn that failure to agree on such “loss and damage” funding could sour the U.N. talks and thwart other deals. The issue has leapt to the top of political priorities at COP27 after more than 130 developing counties successfully demanded it was added to the agenda for the first time.

Following the first week of talks that left much unresolved – and featured speeches from dozens of world leaders, but scant announcements of new funding or pledges to cut emissions faster – negotiators now face a mammoth list of items on which to clinch deals by Friday.

“It’s all constructive, but I don’t think it’s come through as responding with the transformational urgency that people expect,” said Tom Evans, a policy analyst for the E3G non-profit think tank, of commitments announced at COP27 so far.

Announcements so far include a few hundred million dollars of funding for poorer nations pledged by Germany, Austria, the United States and others, far off the hundreds of billions that vulnerable countries need to cope with escalating droughts, floods and rising seas each year.

Government ministers take over the negotiations in Sharm El-Sheikh, Egypt, on Monday to hunt for a deal that attempts to avoid any weakening of ambition to address climate change, even as governments firefight multiple crises, from rampant inflation to Russia’s invasion of Ukraine – which some officials expect European delegates to bring up during negotiations this week.

Faced with a global energy crisis and a looming economic downturn, only around 30 have done so.

Many delegates also have one eye on Bali, where on Monday U.S. President Joe Biden and Chinese leader Xi Jinping – leaders of the world’s two biggest polluters – were meeting ahead of the Group of 20 summits. A relaunch of U.S.-China collaboration on climate change, which China halted earlier this year, could help boost negotiations at COP27.

Some negotiators said progress towards deals had stuttered in recent days, after the summit’s early breakthrough in agreeing to discuss funding to help vulnerable countries cope with damage from floods, drought and other climate impacts – the politically contentious issue known as loss and damage.

“Discussions on loss and damage have been weak, with not much progress made,” said Omar Alcock, a negotiator for Jamaica, one of more than 130 developing and climate-vulnerable countries who demand that countries agree at COP27 to launch a new loss and damage fund.

The issue risks souring the talks and slowing progress on other potential deals.

The 27-country European Union has said it is now open to discussing such a fund, but along with the United States, refuses any outcome that could make rich nations legally liable to pay for climate-related damage, based on their high historical greenhouse gas emissions.

“It’s a well-known fact that the United States and many other countries will not establish … some sort of legal structure that is tied to compensation or liability. That’s just not happening,” U.S. climate envoy John Kerry told the conference on Saturday.

Mohamed Adow, director of Nairobi-based think-tank Power Shift Africa and an observer in the COP27 negotiations, said the lack of progress so far amounted to “a betrayal of vulnerable communities and countries”.

Rifts are emerging in other negotiation rooms over the so-called cover texts that will form the core political deal from the summit.

India surprised some countries last week by pushing for a deal to phase down all fossil fuels – rather than just coal, as countries agreed at last year’s U.N. summit.

That would put oil and gas consumers and producers in the spotlight, somewhat easing the focus on nations that, like India, rely heavily on burning coal for energy. Observers in the negotiations said India’s proposal is likely to hit resistance from major oil and gas producers like Saudi Arabia.

“That is definitely going to flare up,” one observer said.

Meanwhile, the EU wants all countries to agree to hike their emissions-cutting targets in 2023, a move being blocked by China, which is also resisting attempts by the EU to establish regular international meetings for countries to swap knowledge and track progress on emissions-cutting goals, to make sure they are met.

“We ran out of time this week, but I am confident that an ambitious outcoming will be forthcoming next week,” said Belize negotiator Carlos Fuller, of the plan to launch these progress-tracking meetings.

Egypt’s most prominent prisoner Alaa Abd el-Fattah’s escalation of his hunger strike at the start of the summit has also put the host country’s human rights record in focus, threatening to overshadow any deals struck at the two-week event.

Some countries are also seeking deals outside of the formal talks, not least because of the failure of past COP agreements to translate into real-world action. Germany and a group of climate-vulnerable countries launched a “Global Shield” scheme on Monday to attempt to improve insurance for climate disaster-prone countries.

Research published last week during COP27 showed global CO2 emissions are set to rise this year – laying bare the yawning gap between countries’ promises to cut emissions in future years, and their actions today which, if continued, would heat the planet too far beyond the 1.5C goal. (Reuters)