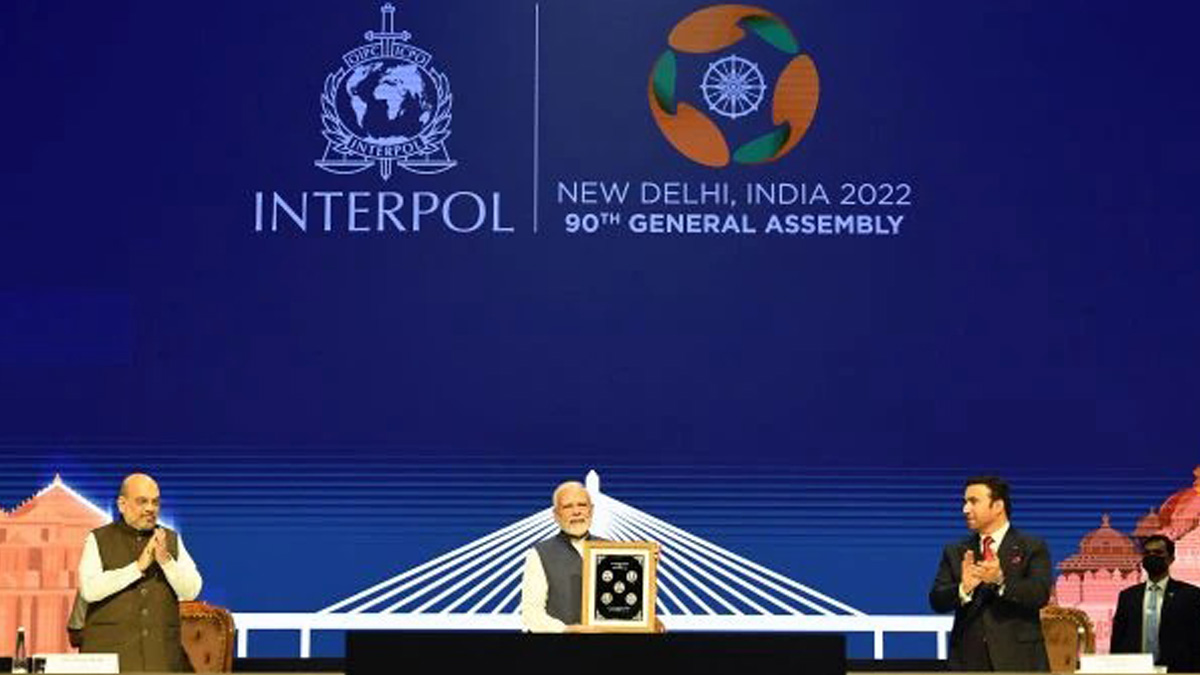 After a gap of 25 years, India is hosting an Interpol meeting this week (18-21October). The 90th edition of the Interpol General Assembly meeting is currently being held in the nation’s capital, New Delhi. 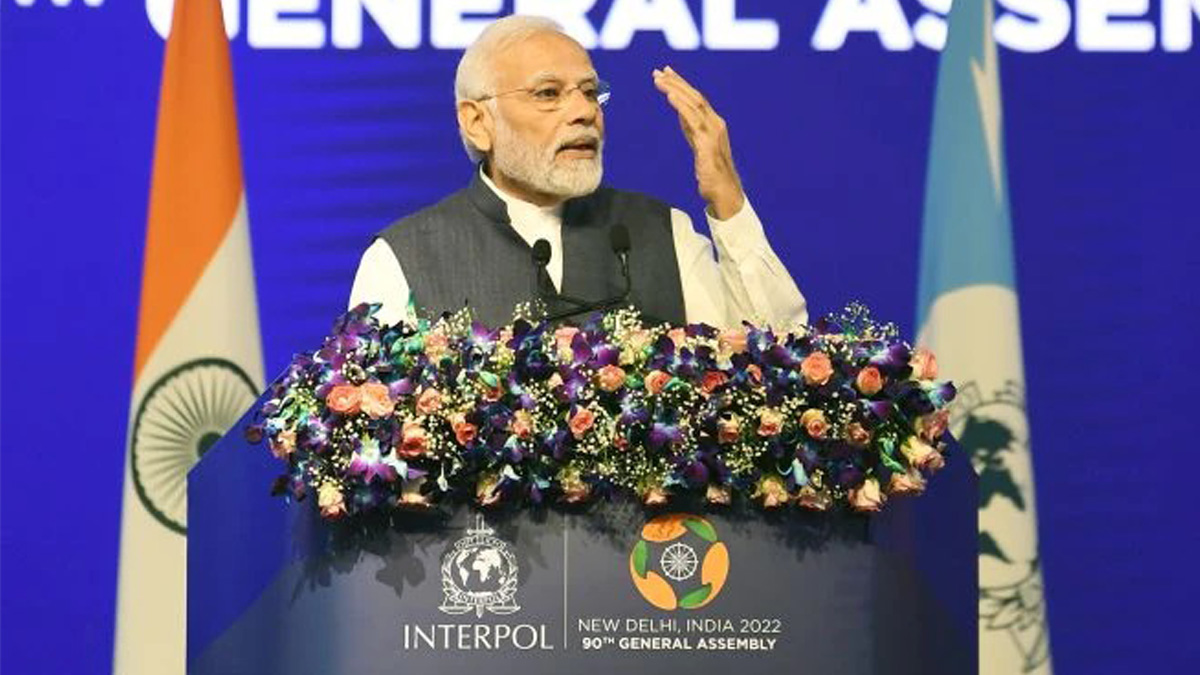 Modi emphasized the need for cooperation across the world to defeat terrorism, corruption, drug trafficking, poaching, and organized crime. “There is a need to further develop international strategies: establishment of early detection and warning systems, protecting transportation services, security for communication infrastructure, security for critical infrastructure, technical and technological assistance, intelligence exchange, many of these things need to be taken to a new level,” he said, adding that Interpol should accelerate its Red Corner Notices for fugitive offenders.

Financial and cyber crimes are the world’s leading crime threats and also those projected to increase most in the future, according to a majority of police respondents globally.

Moreover, more than 70 percent of respondents expect crimes such as ransomware and phishing attacks to increase or significantly increase in the next three to five years.

The report, which is restricted to law enforcement, brings together data received from INTERPOL’s 195 member countries alongside information and detailed analysis from the organization’s data holdings and other sources.

Showing how crime areas converge in complex and mutually reinforcing ways, the report notes that understanding this complexity is crucial to inform collective decision-making by police worldwide.

“Understanding and pre-empting crime trends is an absolute bedrock of policing, and INTERPOL’s Global Crime Trend report offers an unparalleled picture of the global crime landscape as seen by police officers around the world,” said Jürgen Stock, Secretary General of INTERPOL.

“This initiative, which we will continue to build upon in the coming years, represents a genuine asset to law enforcement agencies across the globe,” the Secretary-General added.

The report was presented at the 90th INTERPOL General Assembly meeting.