JAVA/INDONESIA: An earthquake on the main Indonesian island of Java has killed at least 62 people and injured hundreds, BBC reported.

The 5.6 magnitude quake struck Cianjur town in West Java, at a shallow depth of 10km (six miles), according to US Geological Survey data.

Rescuers were working into the night to try to save others thought to still be trapped under collapsed buildings, BBC reported.

According to BBC report, the area where the quake struck is densely populated and prone to landslides, with poorly built houses reduced to rubble in many areas.

More than 5,000 people had been displaced in the Cianjur area and over 2,200 houses had been damaged, the report said. 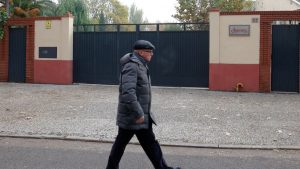