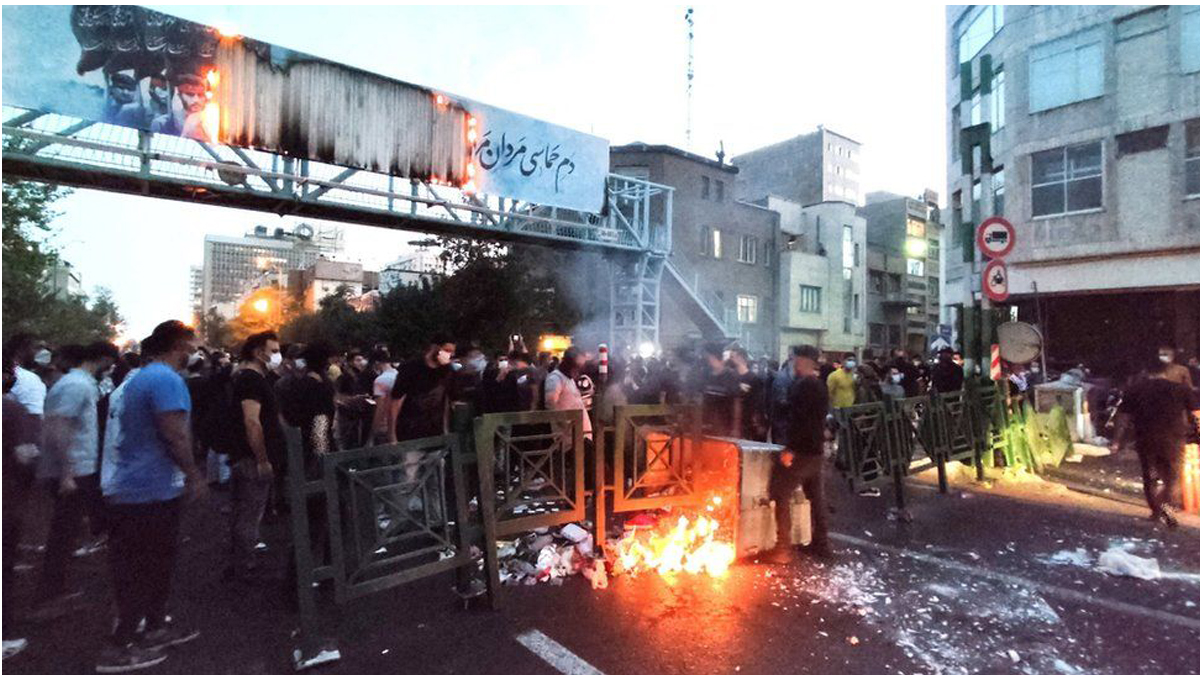 By David Gritten, Nov. 14: A court in Iran has issued the first death sentence to a person arrested for taking part in the protests that have engulfed the country, state media say.

A Revolutionary Court in Tehran found the defendant, who was not named, had set fire to a government facility and was guilty of “enmity against God”.

Another court jailed five people for between five to 10 years on national security and public order charges.

Its director, Mahmood Amiry-Moghaddam, called on the international community to take urgent action and “strongly warn the Islamic Republic of the consequences of executing protesters”.

Protests against Iran’s clerical establishment erupted two months ago after the death in custody of a young woman detained by morality police for allegedly breaking the strict hijab rules.

They are reported to have spread to 140 cities and towns and evolved into the most significant challenge to the Islamic Republic in over a decade.

At least 326 protesters, including 43 children and 25 women, have been killed in a violent crackdown by security forces, according to Iran Human Rights.

The Human Rights Activists News Agency (HRANA), which is also based outside the country, has put the death toll at 339 and said another 15,300 protesters have been detained. It has also reported the deaths of 39 security personnel.

Iran’s leaders have portrayed the protests as “riots” instigated by the country’s foreign enemies.

Last week, judiciary chief Gholamhossein Mohseni Ejei declared that “key perpetrators” should be identified as soon as possible and handed sentences that would have a deterrent effect on others.

He warned that “rioters” could be charged with “moharebeh” (enmity against God), “efsad fil-arz” (corruption on Earth) and “baghy” (armed rebellion) – all of which can carry the death penalty in Iran’s Sharia-based legal system.

Those possessing and using a weapon or firearm, disrupting national security, or killing someone could receive “qisas” (retaliation in kind), he said, apparently responding to a call for retributive justice from 272 of the 290 members of Iran’s parliament.

More than 2,000 people have already been charged with participating in the “recent riots”, according to judiciary figures.

On Sunday, local media cited judiciary officials as saying that 164 had been charged in the southern province of Hormozgan, another 276 in the central province of Markazi, and 316 in neighbouring Isfahan province. (BBC)