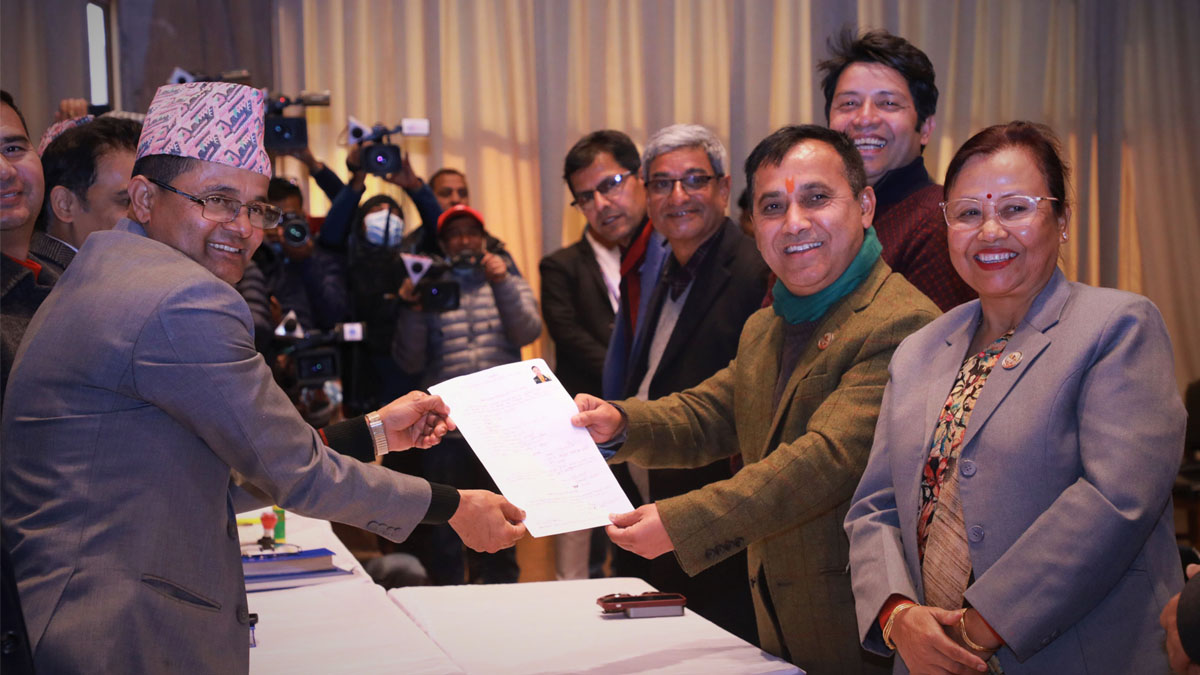 Nepali Congress leader Ishwari Devi Neupane has registered her nomination for the election of the Speaker of the House of Representatives (HoR).

The lawmaker today visited the Office of the Election Officer set up in the Lhotse Hall of the Federal Parliament Building, New Baneshwor to register her candidacy.

Born in Dang in 2016 BS, Neupane is the lower house member from the NC under the Proportional Representation (PR) electoral system.

She is the party central leader since its 12th General Convention and was the member in the Constituent Assembly (CA) in 2008 and 2013. She started her political career from the student movement and is already served as the central Vice Chair of Nepal of Nepal Women Association.

The election schedule was to register the proposal to elect any HoR member as Speaker between 1 pm and 4 pm today. The list of candidacies registered within the deadline will be published today itself.

From the ruling coalition partner, CPN (UML), lawmaker Devraj Ghimire has registered his candidacy for Speaker in the HoR.

Election to the HoR speaker is taking place tomorrow (Thursday) at 11 am. The schedule is that proposing and backing to elect Speaker would take place in the meeting.

Following this, a collective deliberation on the candidacy would take place, and decision would be taken as per registration number accordingly.

The HoR meeting on 10 January, 2023 directed the publication of the election schedule for today to elect HoR Speaker. Speaker should be elected among the HoR members within 15 days of the first meeting of the federal parliament, according to the constitutional provision.