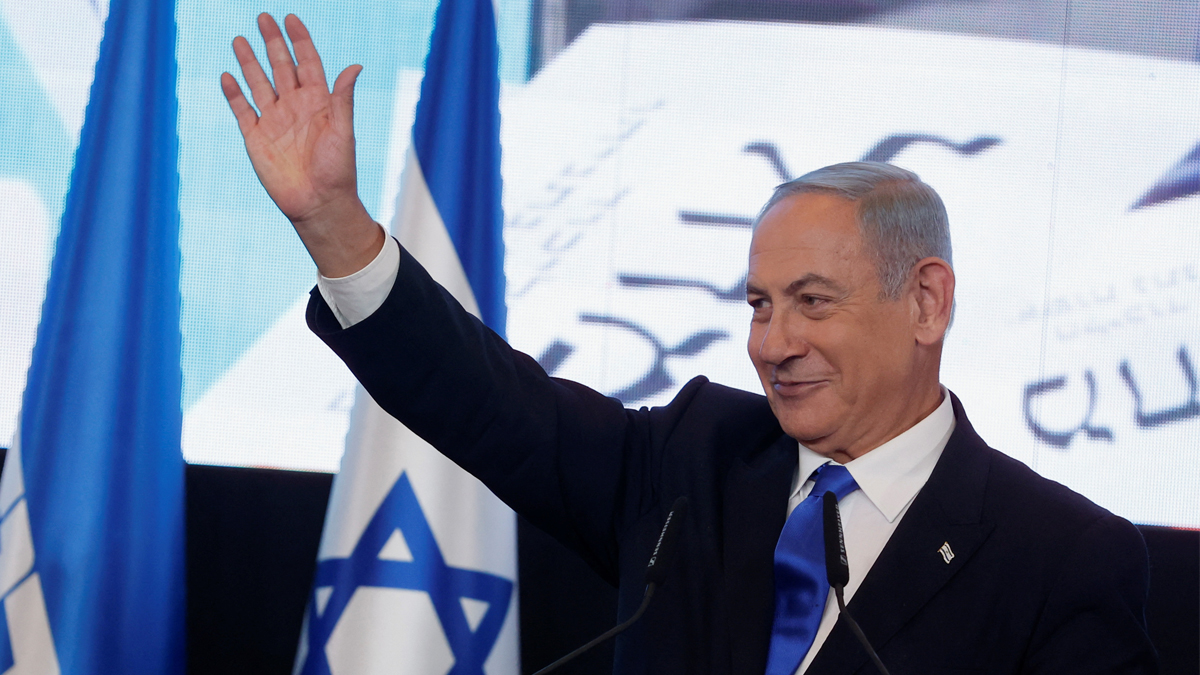 Elections earlier this month indicated a clear win for Netanyahu and his ultra-Orthodox and ultranationalist allies and ended the short-lived, ideologically-diverse government that had ousted him last year after Netanyahu’s 12 consecutive years in power.

Though political horse-trading began as soon as the election results firmed up, Sunday’s development means Netanyahu now has up to six weeks to conclude negotiations and cobble together a government.

Netanyahu struck a conciliatory tone at the Jerusalem event where Israel’s ceremonial President Isaac Herzog bestowed upon him the task of forming a government. Netanyahu played down concerns by Israeli liberals and some of the country’s international allies that Israel was “entering a dark tunnel” with his expected government.

“We will do everything to make this, with God’s help, a stable government, a successful government, a responsible government, a dedicated government that will work for the benefit of all residents of the state of Israel, without exception,” The Associated Press cited Netanyahu as saying.

With his allies keen on gaining power and ending the outgoing coalition’s rule as soon as possible, Netanyahu will likely try to quickly wrap up negotiations. But key portfolios, including finance and defense ministries, could prove a sticking point and Netanyahu’s partners could seek to drag out talks to achieve their aims.

Netanyahu returns to power after five elections in less than four years that were all essentially a referendum on his fitness to serve while on trial for corruption.

He was toppled last year by a coalition of eight parties that united over their distaste for Netanyahu but ultimately collapsed over infighting.

Netanyahu served as opposition leader during that time. He is expected to emerge from negotiations with a stable majority coalition of 64 seats in the 120-member Knesset.

Netanyahu, 73, faces charges of fraud, breach of trust and accepting bribes in a series of scandals involving media moguls and wealthy associates. In exchange for their policy priorities and plum government appointments, Netanyahu’s likely coalition partners have promised to advance a series of legal reforms and to weaken the Supreme Court, measures that could make his legal woes disappear.