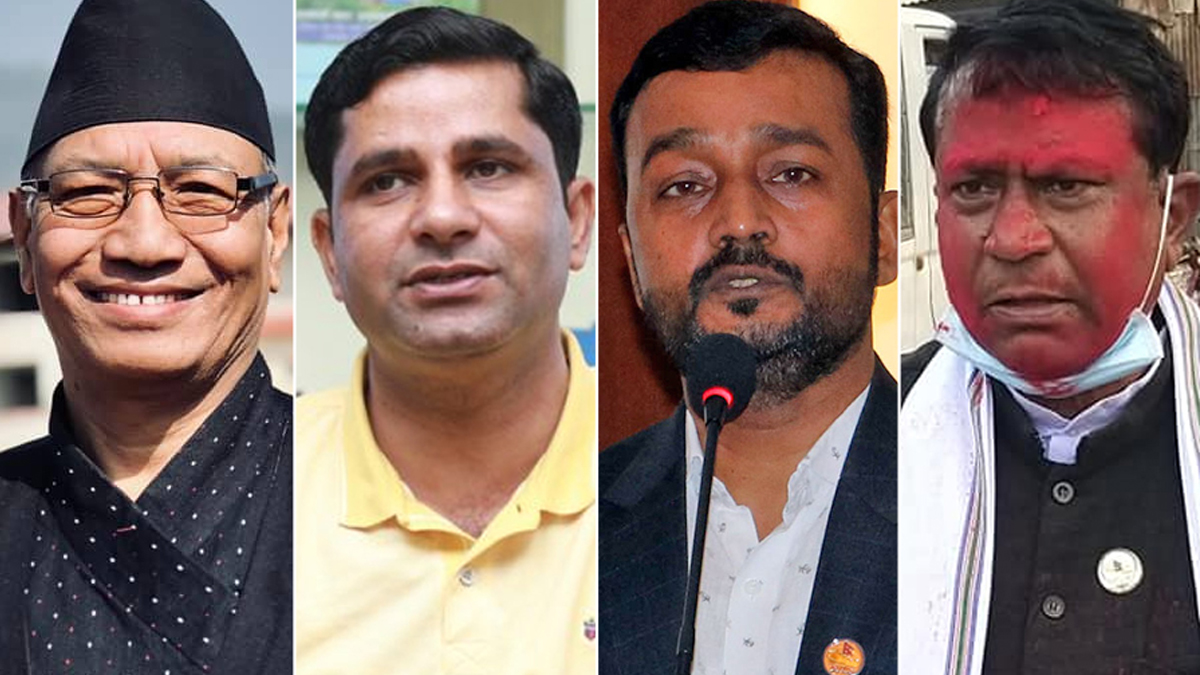 The Office of the President has relieved Minister for Federal Affairs and General Administration Rajendra Shrestha, Minister for Physical Infrastructure Mohammad Istiyak Rai, Minister for Forest and Environment Pradeep Yadav, and Minister for Agriculture and Livestock Mrigendra Kumar Singh of their duties at the recommendation of Prime Minister Sher Bahadur Deuba as per Article 77 (2) of the Constitution of Nepal.

Prime Minister Deuba has kept the vacant responsibilities of these four ministers with himself.  The EC states that new appointments in the Cabinet will violate the election code of conduct.

Similarly, Minister for Law, Justice and Parliamentary Affairs Gobinda Prasad Sharma (Koirala) has also been relieved from the post.

He is relieved from the post as he could not be a member of the federal parliament within six months as stipulated in Article 78 of the Constitution of Nepal.

Minister for Communication and Information Technology Gyanendra Bahadur Karki has been entrusted with the responsibility of the law ministry.