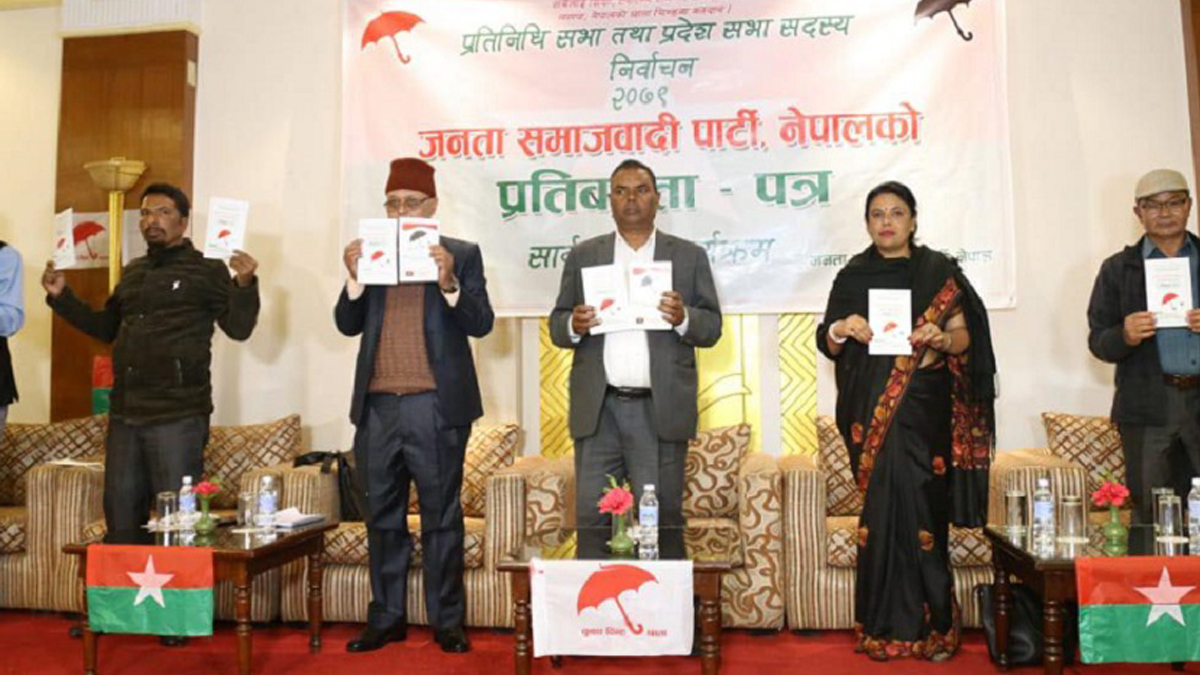 The Janata Samajwadi Party (JSP) has released a letter of commitment for House of Representatives and provincial assemblies elections to be held on November 20.

In the letter of commitment, the JSP mentioned that elections at all levels should be held on the basis of a proportional election system.

Similarly, the commitment letter states that constitutional amendment is indispensable to change the form of government, build federal structures, restructure the justice system into a federal form, strengthen constitutional bodies, form bodies like public ombudsmen to control corruption, and ensure the rights and identity of oppressed communities.

The party also said that no one shall be allowed to hold the post of the executive head for more than two terms and the executive president will make a council of ministers by selecting competent people inclusively.

Mentioning that metro rail will be operated covering the surrounding municipalities from Chandragiri to Dhulikhel in Kathmandu, JSP assures to make education up to Grade 12 completely free within the next five years and special scholarships will be arranged by the state for higher education studies for students from poor, disadvantaged and low-income families.

The commitment letter also states that the current East-West highway will be upgraded to four lanes and the ring road of Kathmandu will be made into eight lanes with cycle lanes within five years. The North-South railway connecting India from the Kerung border crossing with China and the public road to the Mustang and Dolpa crossing connecting India-China trade relations in the western part of the country will be constructed.