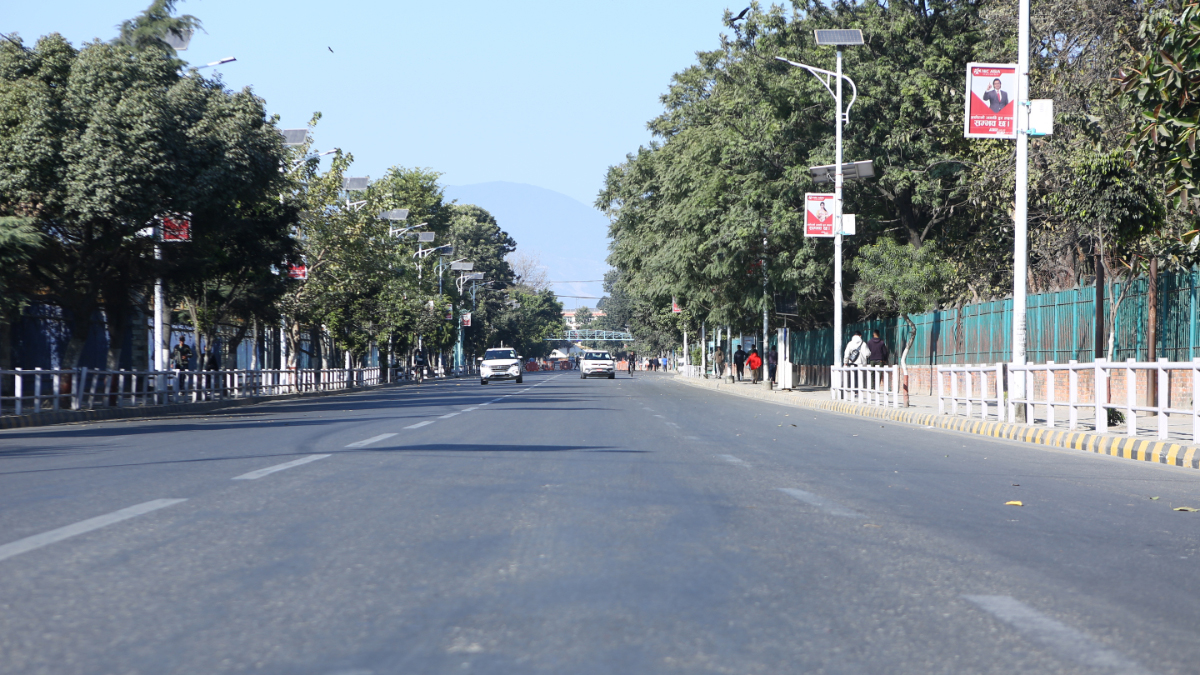 The streets of the capital Kathmandu is seen deserted today due to the elections for the members of the House of Representatives and the Provincial Assembly.

The government has banned the operation of vehicles on the day of voting as it may disrupt the election.

Vehicles that obtained permission to ply roads on election day from Election Commission only appeared on the roads. 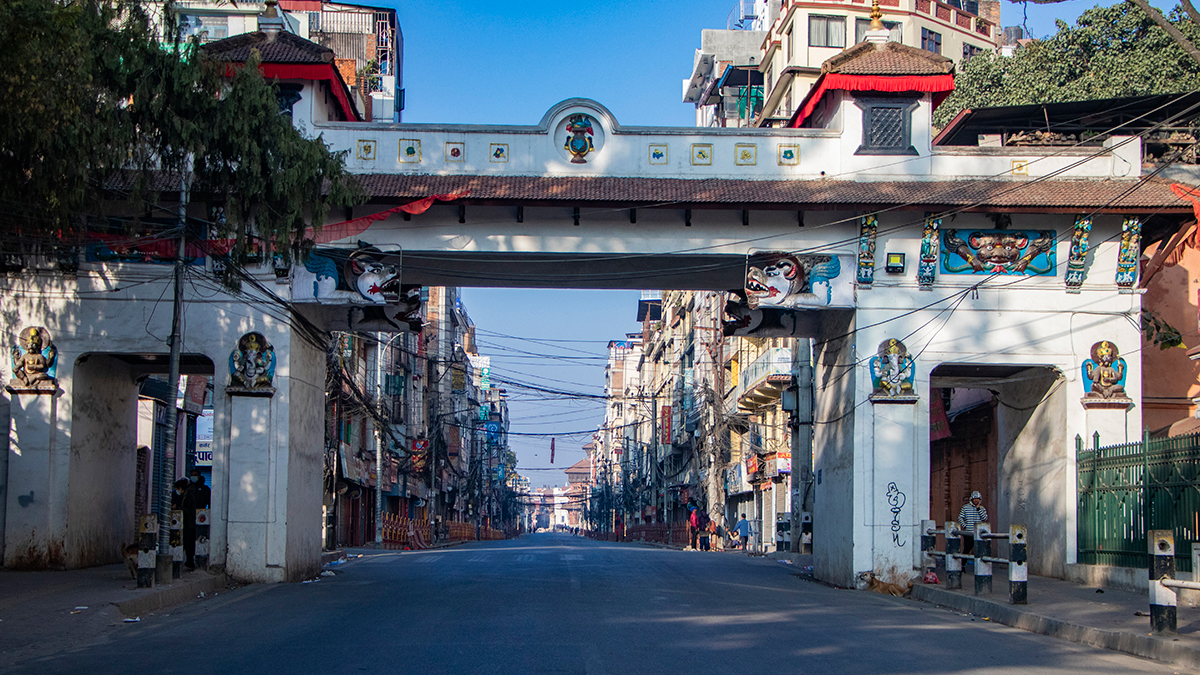 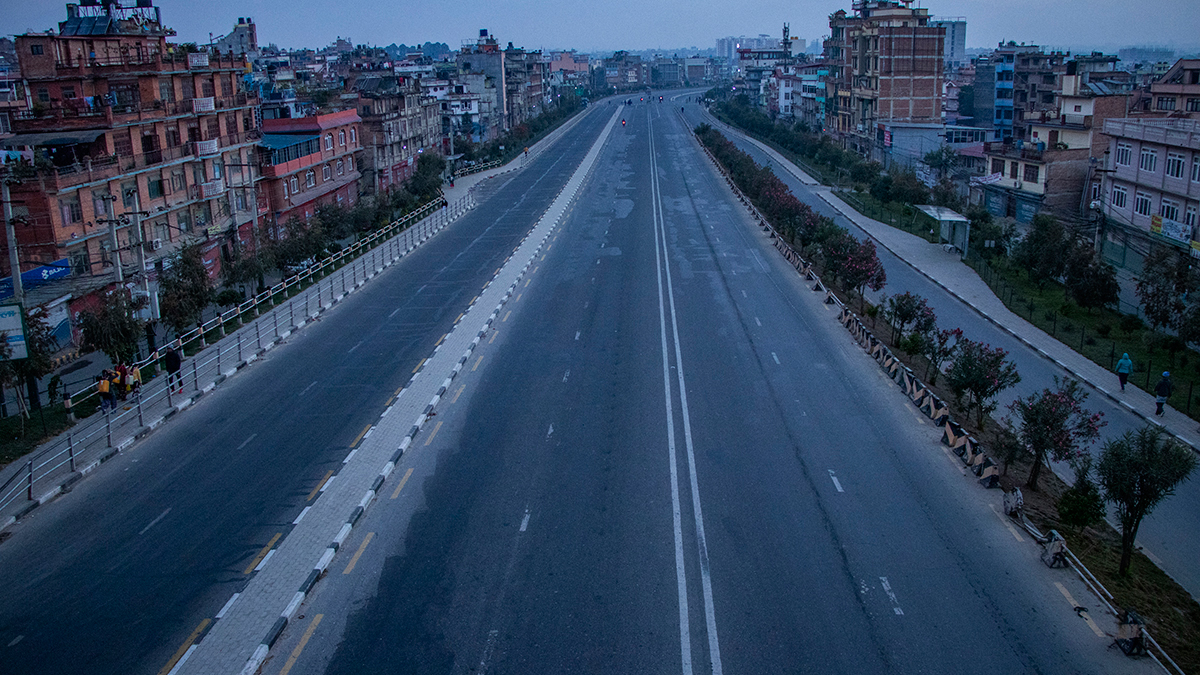 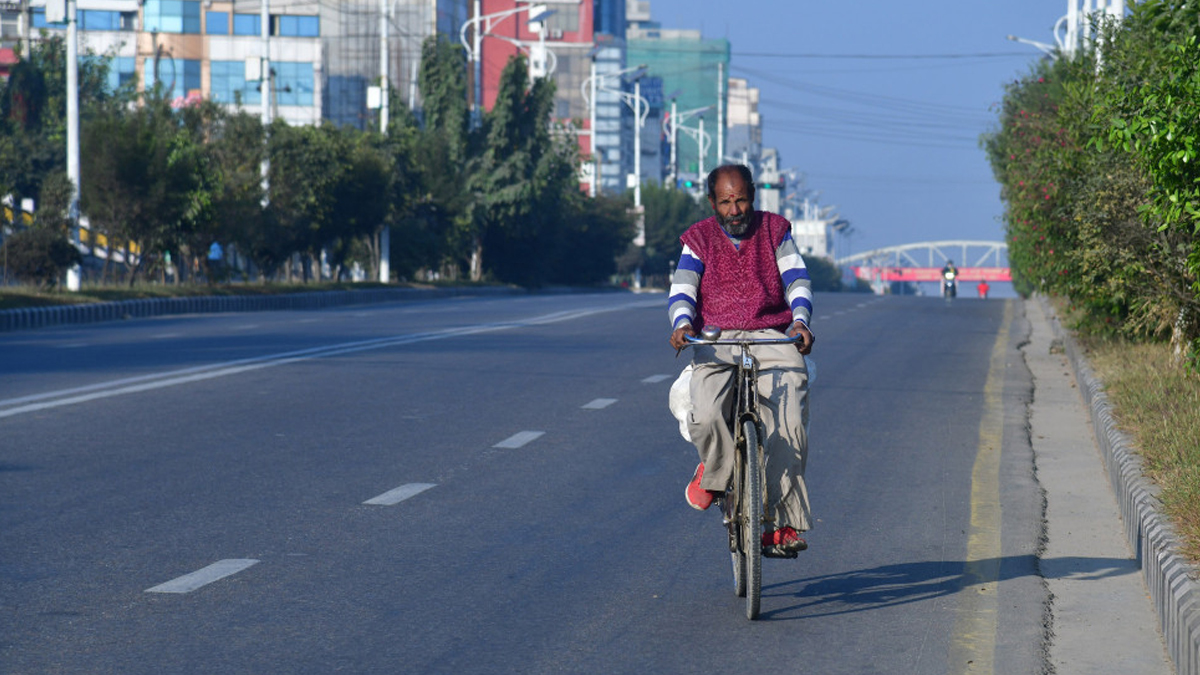 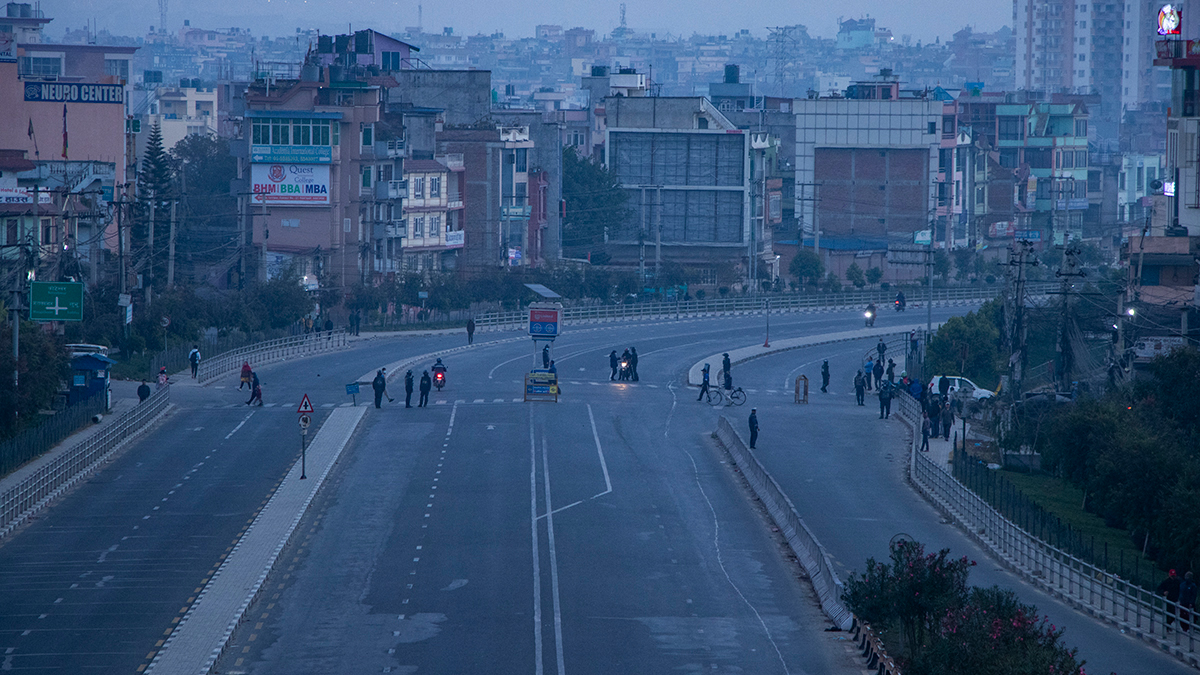 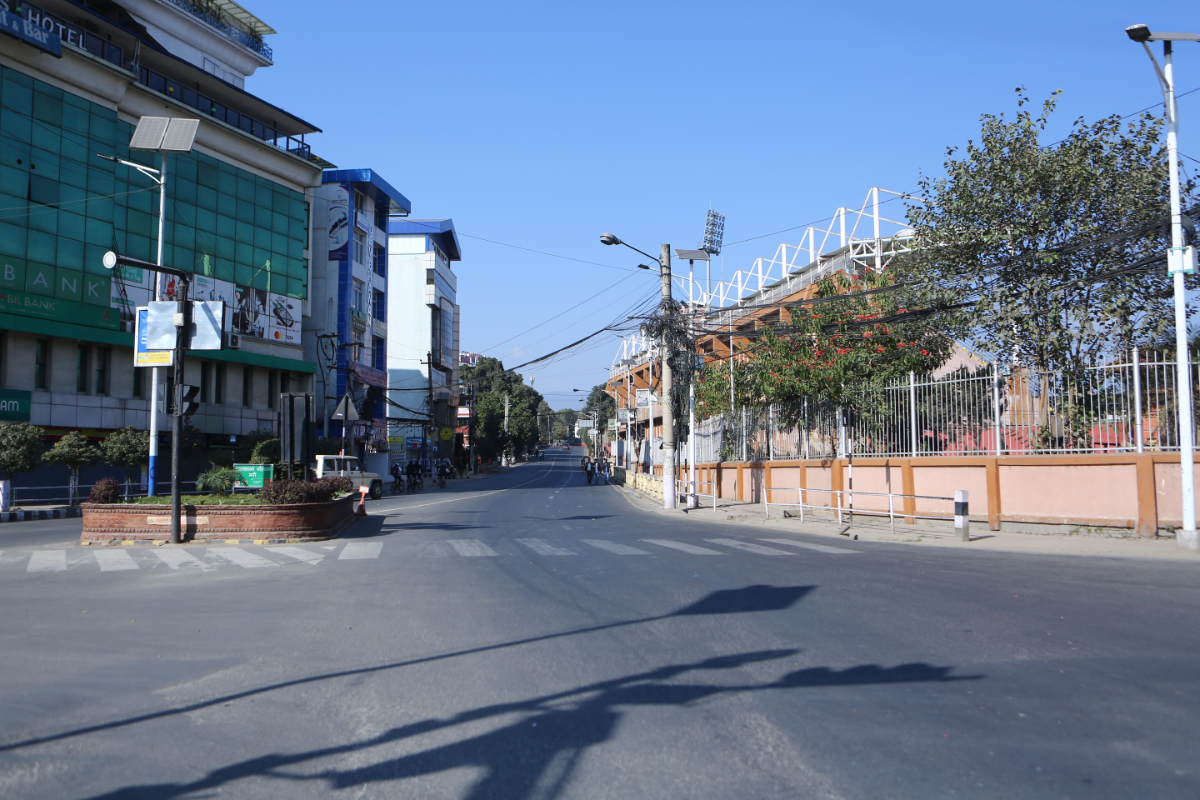