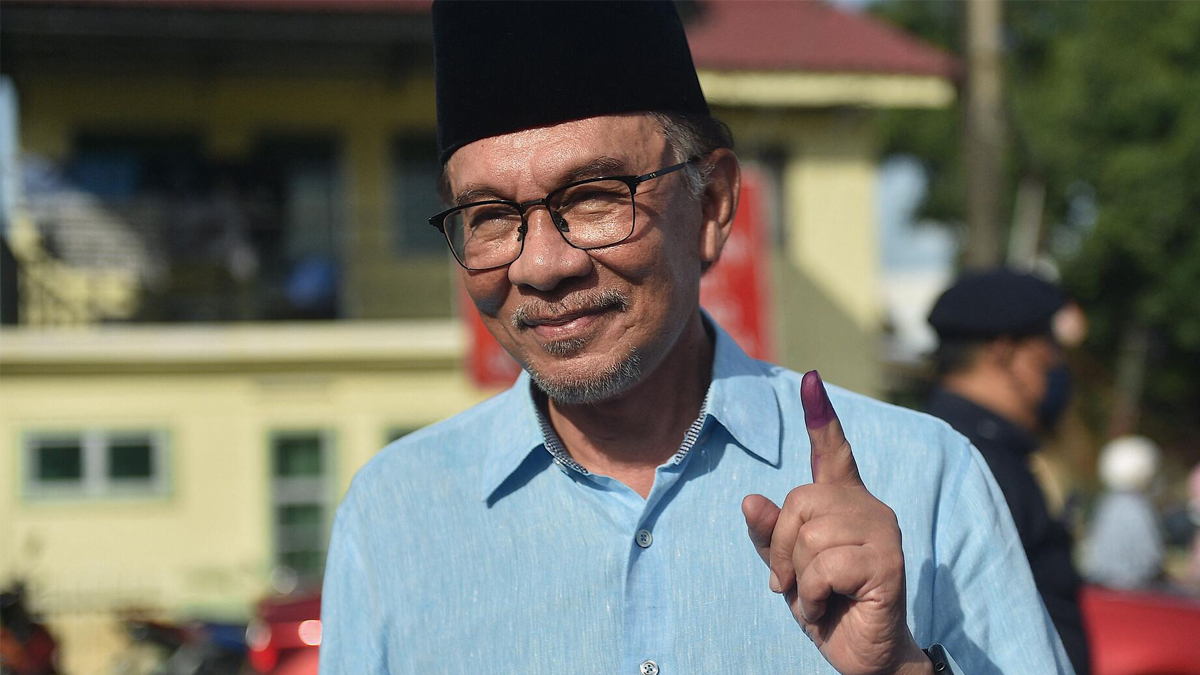 The new leader was appointed by King Sultan Abdullah after elections over the weekend resulted in an unprecedented hung parliament.

Neither Anwar nor ex-premier Muhyiddin Yassin had won the simple majority needed to form a government.

“After taking into consideration the views of Their Royal Highnesses the Malay Rulers, His Majesty has given consent to appoint Anwar Ibrahim as the 10th Prime Minister of Malaysia,” said a statement released by the palace, according to news agency AFP.

Anwar’s Pakatan Harapan (PH) party, which won the biggest share of seats in Saturday’s election, does not have enough seats on its own to form a government and it is not immediately clear which party he will enter into a coalition with.

The 75-year-old’s appointment marks the fulfilment of a decades-long quest to become the country’s leader.

He first served as the country’s deputy prime minister in the 1990s but was brought down by not one but two sodomy convictions under the leadership of then-prime minister Mahathir Mohamad – charges that he claims were politically motivated.

In a shocking twist in 2018, he colluded with Mahathir and made history as PH brought an end to Barisan Nasional’s reign.

But it lost power two years later when Mahathir resigned as prime minister and the governing coalition collapsed – plunging Malaysia into a period of political turmoil and leaving Anwar empty-handed once again.