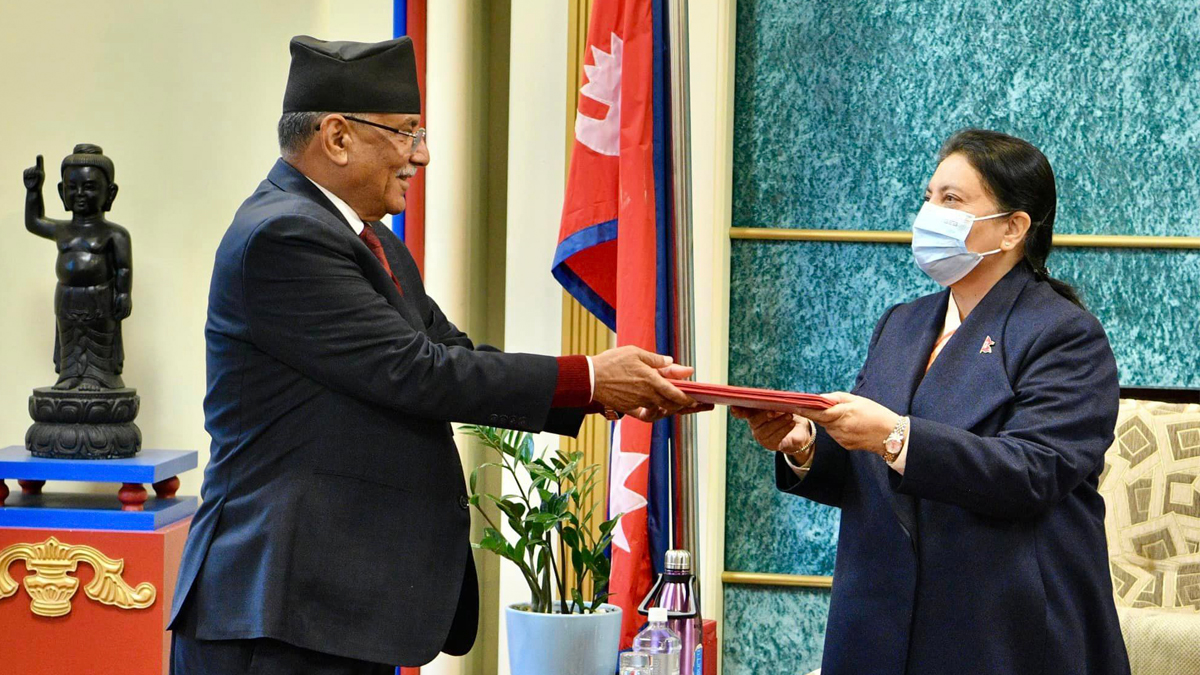 CPN (Maoist Centre) Chairman Pushpa Kamal Dahal ‘Prachanda’ has furnished his official claim before the President for the post of prime minister.

Earlier today, a meeting of the top leaders of seven political parties held at UML Chairman KP Sharma Oli’s residence in Balkot had decided to support Dahal as the new PM.

Following the political consensus, UML Chairman Oli, Maoist Centre Chairman Prachanda, and other leaders have been to the Office of the President, Sheetal Niwas.

Chairman Prachanda’s press coordinator Surya Kiran Sharma said that the leaders have gone to the President’s office as per the political consensus among the parties.

The President had given a weeklong time for the political parties to form the new government as per Article 76 (2) of the Constitution of Nepal after the elections to the House of Representatives (HoR) taken place on November 20.

The deadline given by the President was ending at 5:00 pm today itself.