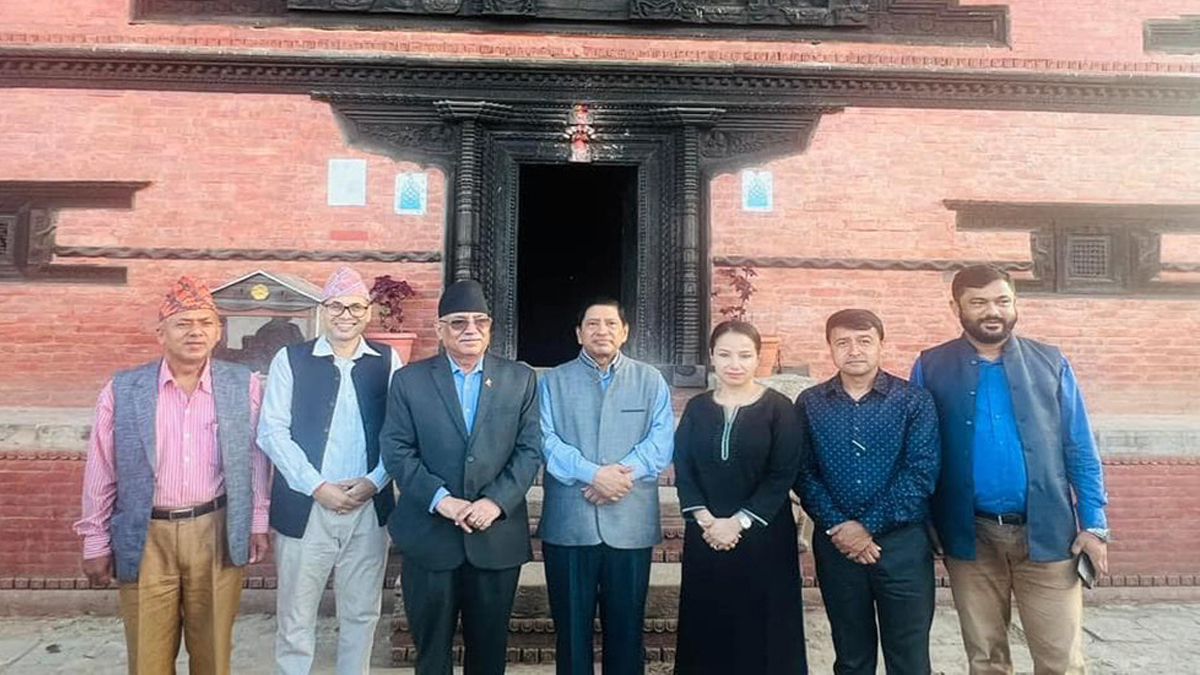 CPN (Maoist Centre) Chairman Pushpa Kamal Dahal ‘Prachanda’ made an onsite visit to the historical Gorkha Durbar, which was reconstructed after the Gorkha Earthquake.

Chairman Prachanda, who is also a candidate from the ruling alliance in Gorkha Constituency No. 2 for the federal parliament, visited the Gorkha Durbar this morning.

On the occasion, Dahal stressed the need of more publicity of the Gorkha Durbar which carries a historical legacy.

Stating that there are several potentials for economic prosperity through tourism development in Gorkha, the Maoist Centre Chairman said that Gorkha also carried its importance religiously and culturally as well.

During his stay in the Gorkha district, the Maoist Centre Chairman has held meetings with ruling coalition partners’ leaders, industrialists, the business community, and others.