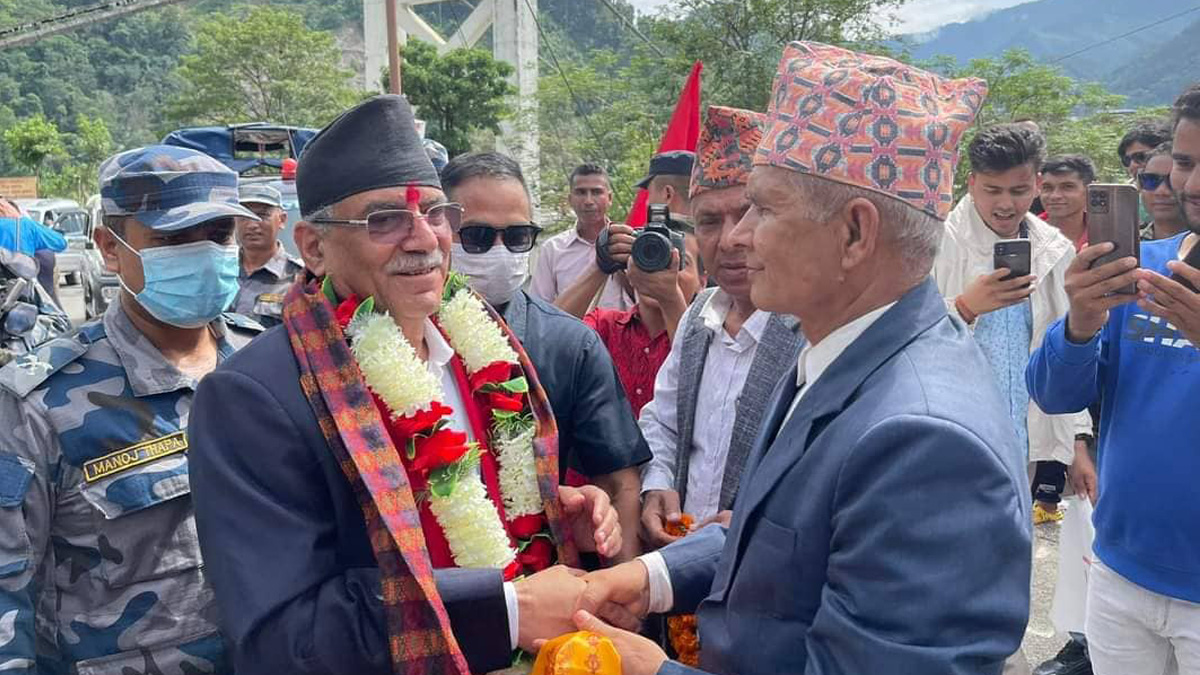 CPN (Maoist Centre) Chairman Pushpa Kamal Dahal ‘Prachanda’ has registered his candidacy for the election to the member of the House of Representatives (HoR) from Gorkha Constituency No 2.

Chairman Prachanda reached the Office of the Election Officer at Dal Bhanjyang in Gorkha Municipality-9 to file his nomination papers under the first-past-the-post electoral system. The HoR and Province Assembly elections are taking place on November 20.

Likewise, Abdus Miya of CPN (UML) has lodged his candidacy nomination from Gorkha Constituency No. 2, according to the Office of the Election Officer.