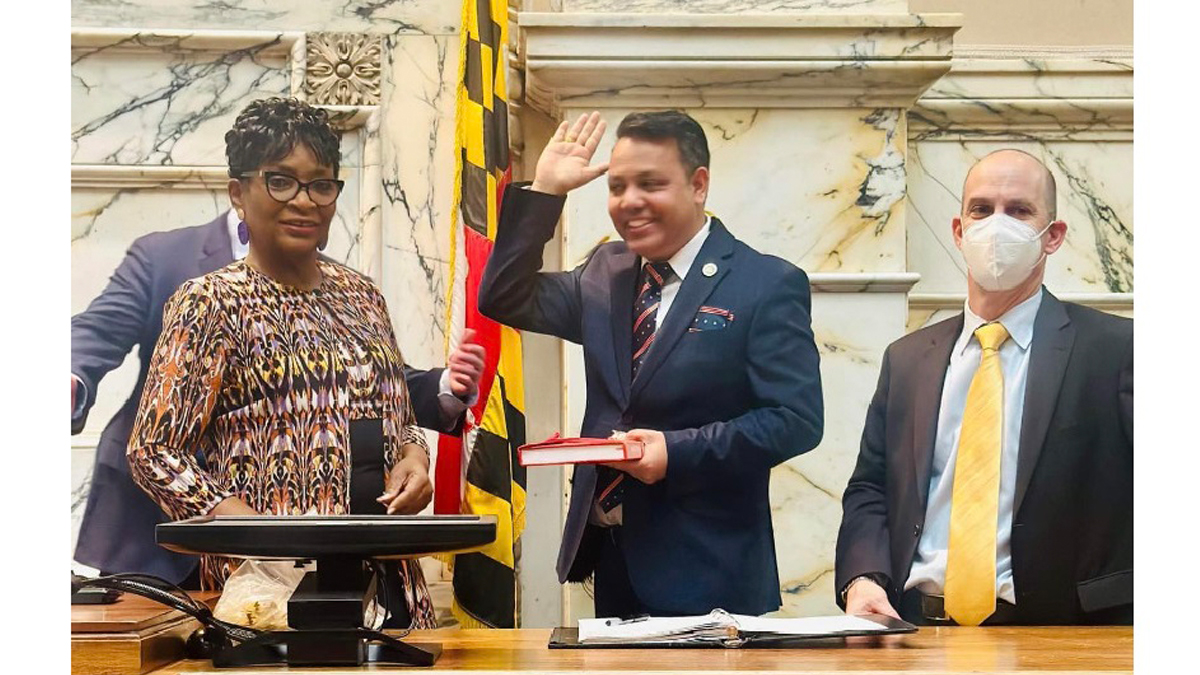 Dr Harry Bhandari, the first Maryland State Delegate from the Nepali-origin community, has taken an oath of office and secrecy.

He was elected to the General Assembly of the Maryland in the United States of America second time and is the first Nepali American to get elected as the state legislator in the US. He is elected from the Democratic Party.

Bhandari took the oath amidst a swearing-in ceremony at Annapolis, the capital of Maryland State, by touching the Geeta, the holy book of Hindus.

Talking briefly to RSS following the oath-taking ceremony, he said his election on the post was an example of the beauty and inclusion of the US democracy.

He secured 19,702 votes to get elected in the lower house of Maryland State during the November 8 elections.

Born to mother Kanti Kumari and father Ammar Bahadur Bhandari at Thapathana of Parbat district in Nepal in 1977, Bhandari migrated to the US in 2005. He received the PhD from the University of Maryland and has experiences of teaching in Maryland school for over 15 years.