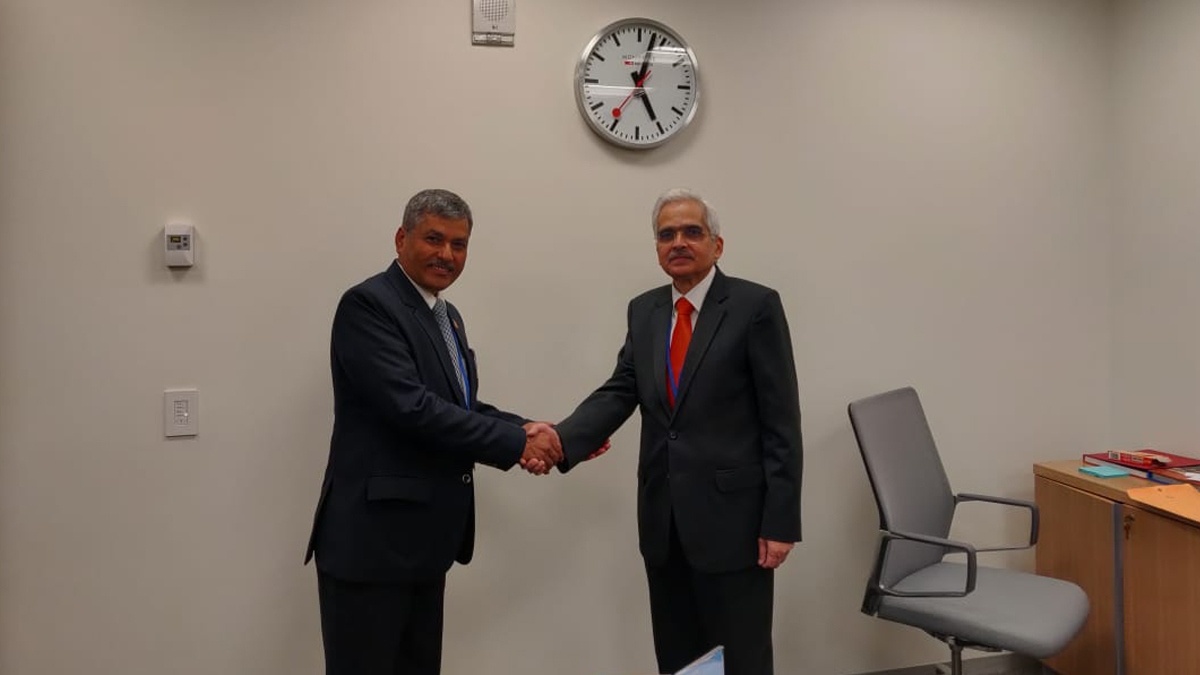 The Governor of Nepal Rastra Bank, Mahaprasad Adhikari, and the Governor of Reserve Bank of India, Shaktikanta Das held a meeting today in Washington D.C., USA.

They discussed on regional economic & monetary issues including digitalization, payments & settlements, border trade, and remittances during the meeting. 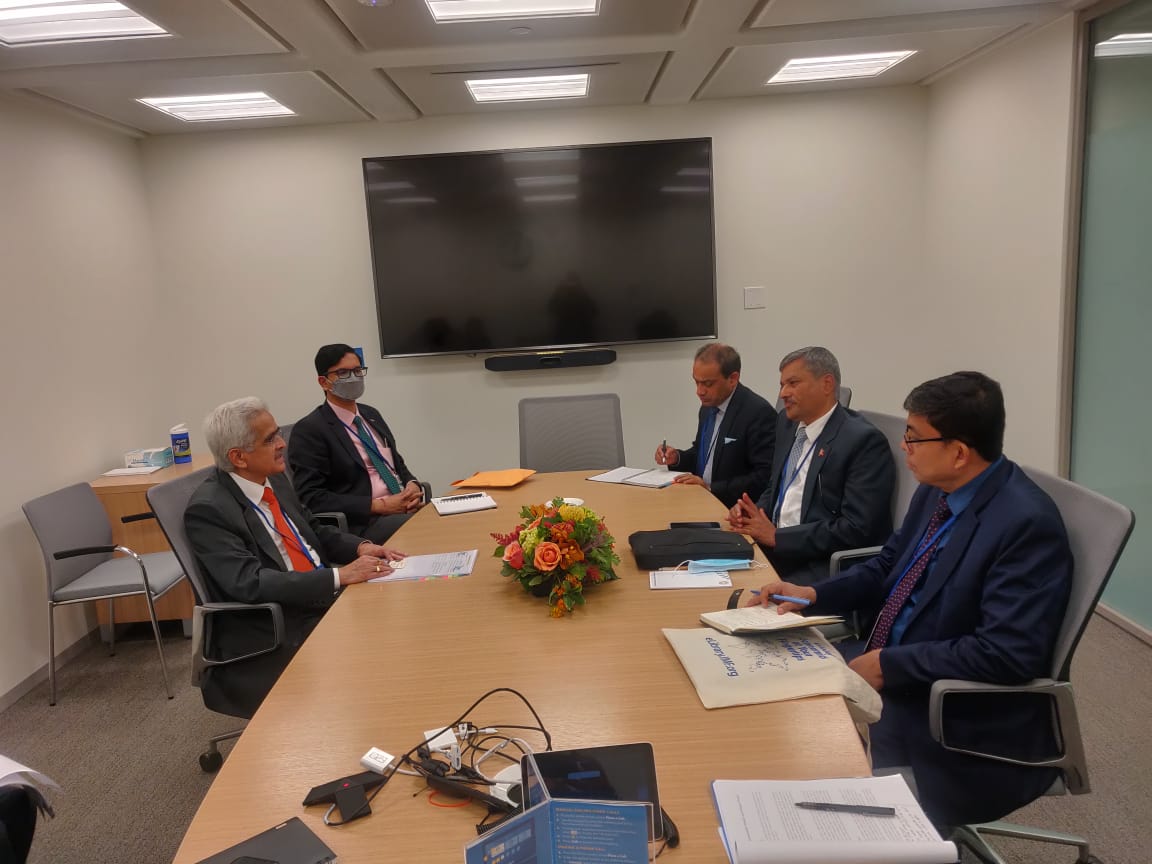 Governor Adhikari reached the USA on Monday as the Annual Meeting of the World Bank had started on October 10 and will continue till October 16.

He participated in various sessions of the meeting on behalf of Nepal.