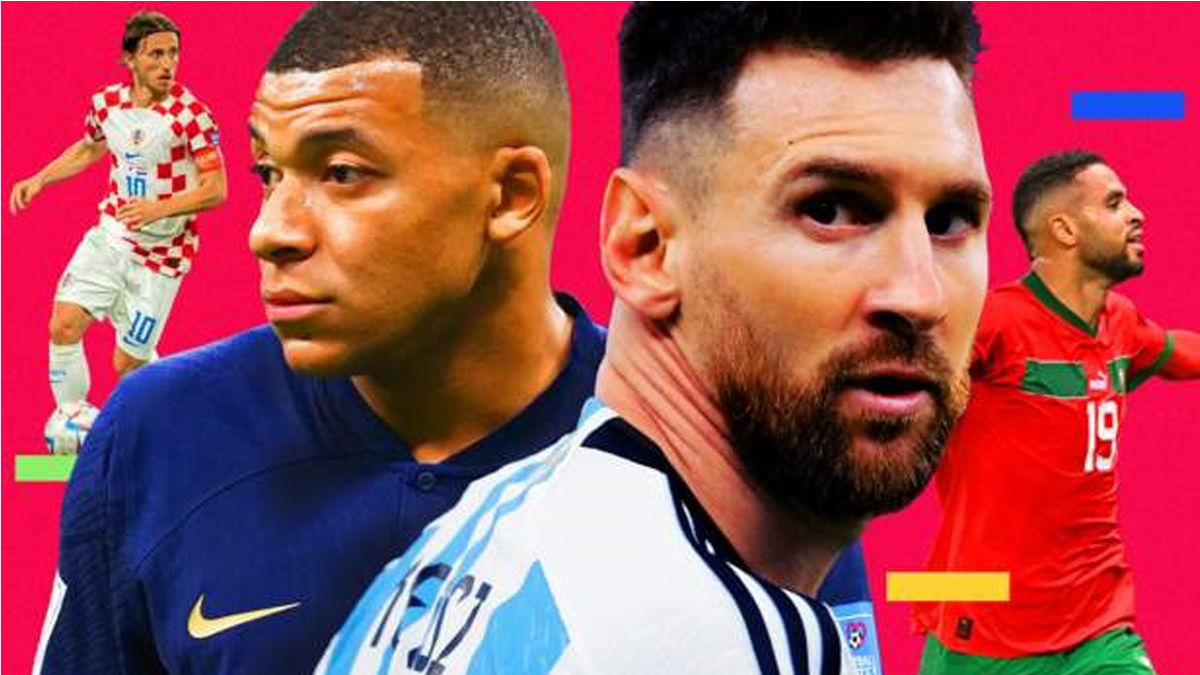 Dec. 12: Saturday’s defeat by France means the World Cup dream is over for England.

But four teams – Argentina, Croatia, France, and Morocco – remain in Qatar, each still hoping to lift the trophy in a week’s time.

It is a semi-final line-up few could have predicted, but one with plenty of intriguing storylines which could play out over the coming days…

Is this Messi’s moment?

The most obvious semi-final subplot surrounds Lionel Messi and whether the Argentina superstar can win the World Cup for the first time.

Messi has had a glittering career, winning 10 Spanish league titles, another in France, four Champions Leagues, the 2021 Copa America, and a record seven Ballon d’Or awards – given to the world’s best player each year.

But, unlike other all-time greats such as Brazil’s Pele or Argentina’s Diego Maradona, the 35-year-old has not been able to win the sport’s biggest prize.

It is 36 years since Argentina, runners-up in 2014 with Messi, were led by Maradona to their last World Cup win.

Could Messi repeat the feat – and in doing so perhaps secure his legacy as the greatest of them all?

More to cheer for Morocco?

Morocco has already made history.

They are the first African team, and the first Arab side from a country with a Muslim majority, to reach a semi-final of a World Cup.

Despite having an experienced squad with a number of high-profile players, such as Chelsea’s Hakim Ziyech and Paris St-Germain’s Achraf Hakimi, the Atlas Lions have defied expectations to reach this stage.

They topped a group including Croatia and Belgium, before beating Spain in the last 16 and Portugal in the quarter-finals, and will now want to go one further.

Their success has been built around their steely defense and relentless work rate. No opposition player has scored against Morocco so far in Qatar – they have conceded just once, an own goal against Canada.

They have also been one of the most passionately supported teams during the tournament.

Organizers have said this World Cup is not just about Qatar but is for the Middle East region and Muslims as a whole. Could they have more to cheer on Tuesday?

But standing in Morocco’s way is another of Europe’s best sides, France.

Les Bleus are trying to do what no one has managed since Brazil 60 years ago in 1962 – successfully defending the men’s World Cup.

In fact, in recent years the holders have struggled. Italy, Spain and Germany have all exited early as reigning champions over the past 12 years but France has banished that curse.

Saturday’s win over England meant they became the first defending champions since Brazil, in 1998, to reach the semi-final.

Manager Didier Deschamps, though, is concentrating on Morocco.

“You’re getting ahead of yourself,” he said when asked about the prospects of a second final in a row.

Could Croatia do it again?

We could yet have a repeat of 2018 final if France beat Morocco and Croatia can see off Argentina.

Croatia is back in the last four after another incredible show of resilience.

They beat Denmark and Russia on penalties en route to the final four years ago and this year have come through shootouts against Japan and Brazil.

Croatia’s efforts this year have been even more remarkable given their midfield maestro Luka Modric is now 37.

Despite the extra minutes, he has looked as good as ever.

Argentina, who lost 3-0 to Croatia in the 2018 World Cup group stage, will know not to underestimate them. (BBC)