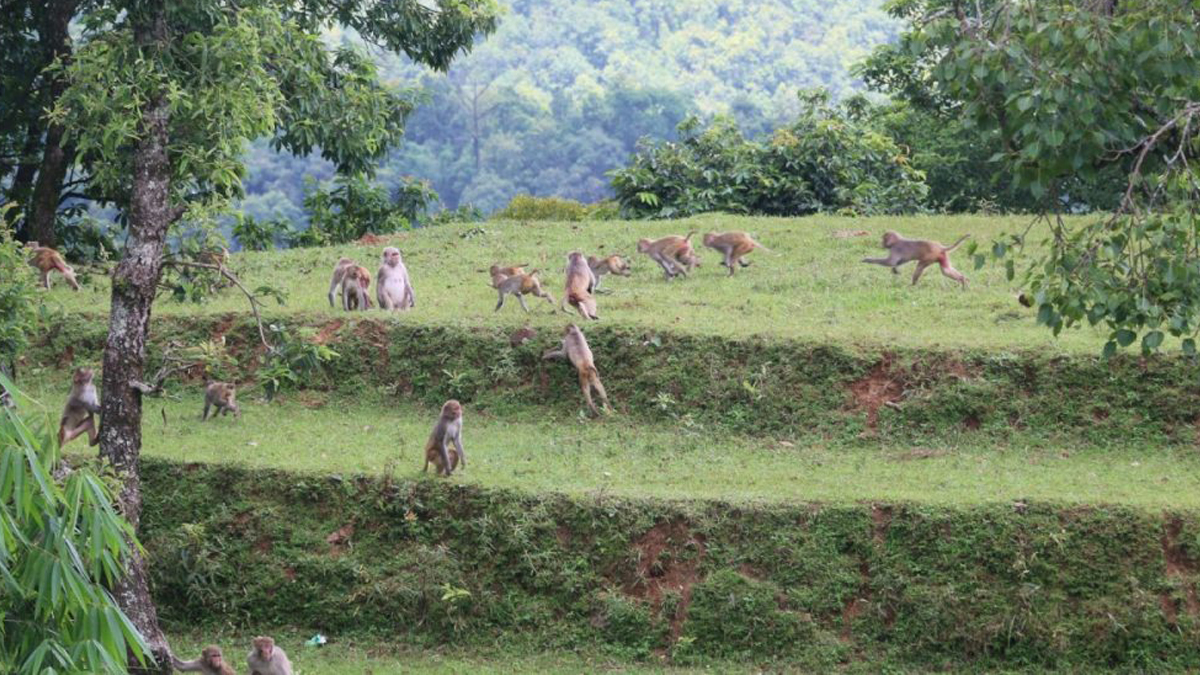 People from rural areas of Parbat district have been suffering from monkey menace. It is an uphill task for farmers to save the winter crops during harvest time.

Punakhar Parajuli from Kushma Municipality-9 shared the plight that he used to cultivate 18 ropanis of land. It is time the lush green wheat grew in the fields around his house. But, he is now free, no need to be busying in irrigation. He blames the money menace behind it.

Not only of Punakhar Parajuli, some 50 ropanis of land belonging to Bishnuhari Parajuli and Tikaram Tiwari are left barren because of the monkey terror.

After harvesting rice, they did not have zeal to cultivate for winter crops. “We failed to save winter crops from monkey invasion. We suffered much, so left to grow winter crops,” Tikaram shared.

Similarly, soon after 40 kg potato seeds sprouted in the field belonging to Ram Prasad Gaudel from Phalebas-4, it was destroyed by the monkey. Ramu Parajuli from Bihadi Rural Municipality-3 also informed that he has stopped planting potato for three years because he could not stand with the hassles caused by monkey.

“Once the monkey is lured to eat harvest-time crop, it does not leave field till the crop is eaten up,” he said, adding that they could not do commercial farming of potato because of the prowling simians.

For two years, he has been adopting alternative cultivation- of turmeric, ginger and mustard.

No village is left to be invaded by the prowling simians in the district. The farmers in some places are even staying awake to chase away the monkeys.

Guru Datta Chapagain from Modi-2 said in the beginning, when the dog barked at them, the monkeys were chased away, but the monkeys pounce upon dogs now.

Potato is one of the major crops in the district. Banau, Shalija, Lekhphant Kyang, Bhuktangle, Banskharka villages some of the pocket areas for potato farming.

Samundra Khatri from Banskharak said, “Now, the monkey has begun eating orange too. The monkeys used to get scared seeing human beings but they pounce upon people now.”

Potato is the main crops in the villages of the upper belts of district. The farmers from Kushma and Phalebas area which are good for winter crops informed that they could not harvest crops safely.

As recent as a decade back, the district exported wheat and wheat seeds. But, wheat is imported from Tarai districts now, according to Agriculture Knowledge Centre, Parbat.