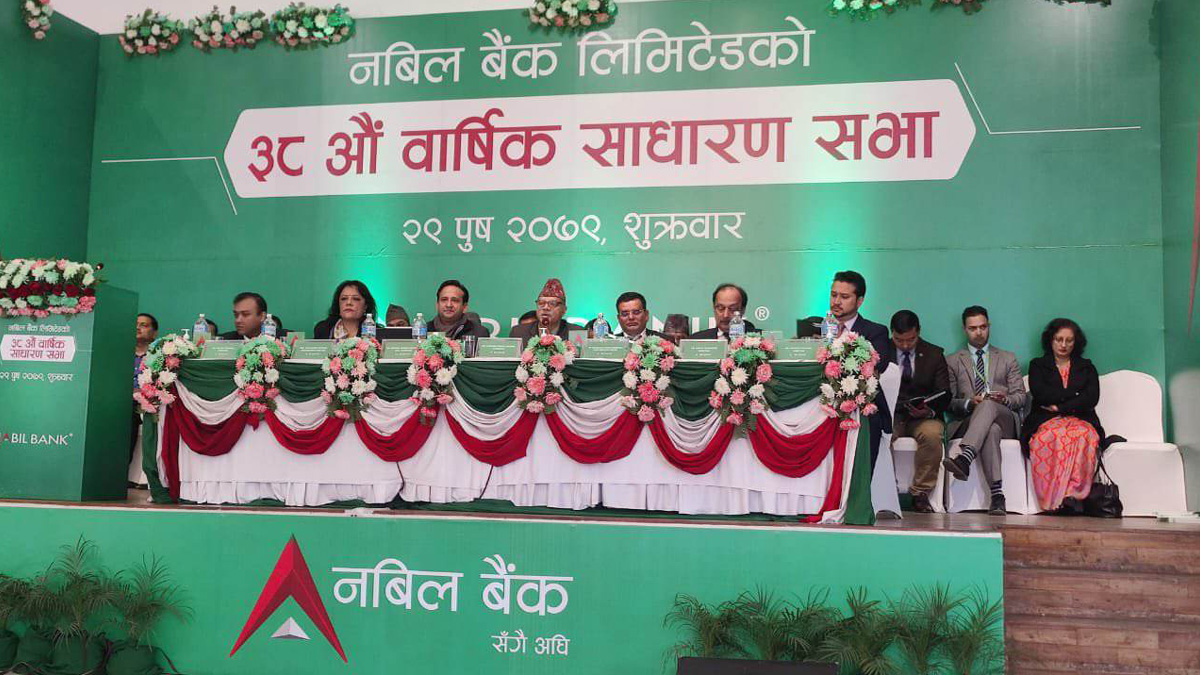 A resolution has been passed to distribute a total dividend of 30 percent to its shareholders.

The board of directors of the bank had proposed to distribute 18.5 percent bonus shares and 11.5 percent cash dividend to the shareholders from the accumulated profit and other distributable funds of the last financial year.

After the proposed bonus shares from the profit of the year under review, the paid-up capital of the bank this year has crossed 27 billion.

The General Assembly has elected Nirwan Chaudhary, Malaya Mukharjee and ARM Najmus Shakib as directors in the election held for 3 positions towards the founding shareholders group.

According to the bank, in the financial year 078/79, the bank managed to achieve a profit of 4 billion 256 million. rupees.