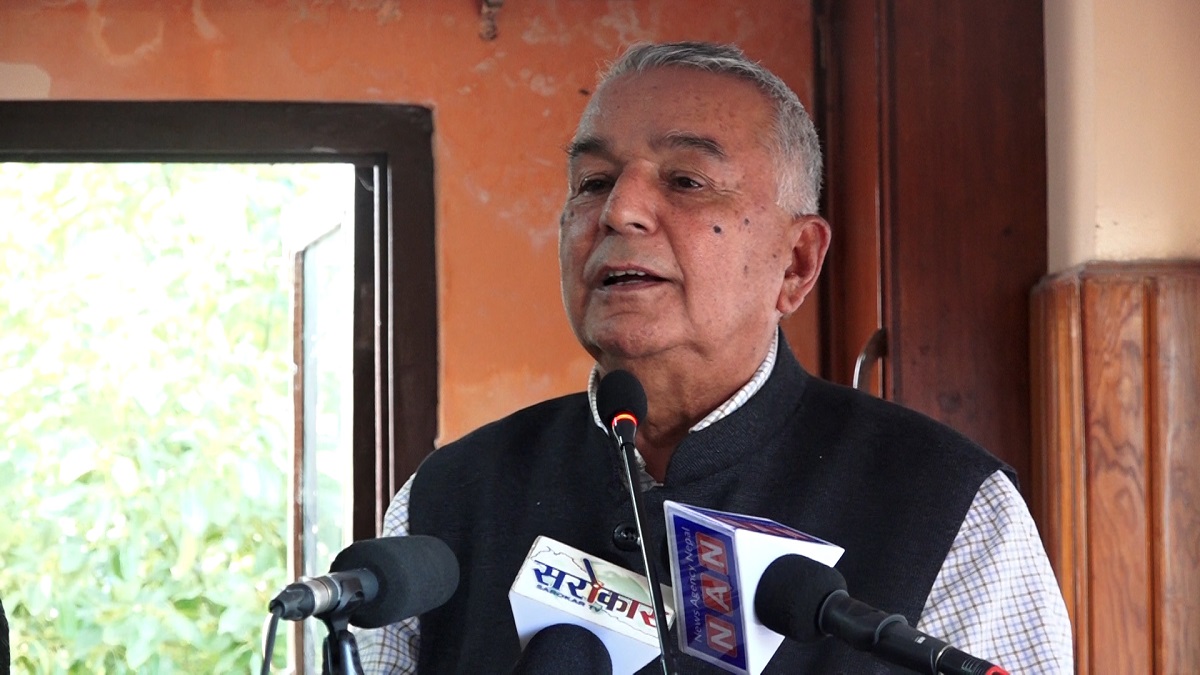 Senior leader of the Nepali Congress, Ram Chandra Poudel, has said national consensus was the need of hour.

Leader Poudel opined, “National consensus is necessary to safeguard the achievements including democracy, system and constitution gained through various movements.”

At an interaction organised here today, he shared that there was no alternative to going together to institutionalize the gained achievements and to protect constitution.

Saying some groups are active for inviting instability after constitution formulation, the NC senior leader expressed the view that it was necessary to fight for system rather than power.

He further said that he had been saying that the country should now go for economic revolution as political revolution has already been completed with the promulgation of the constitution.