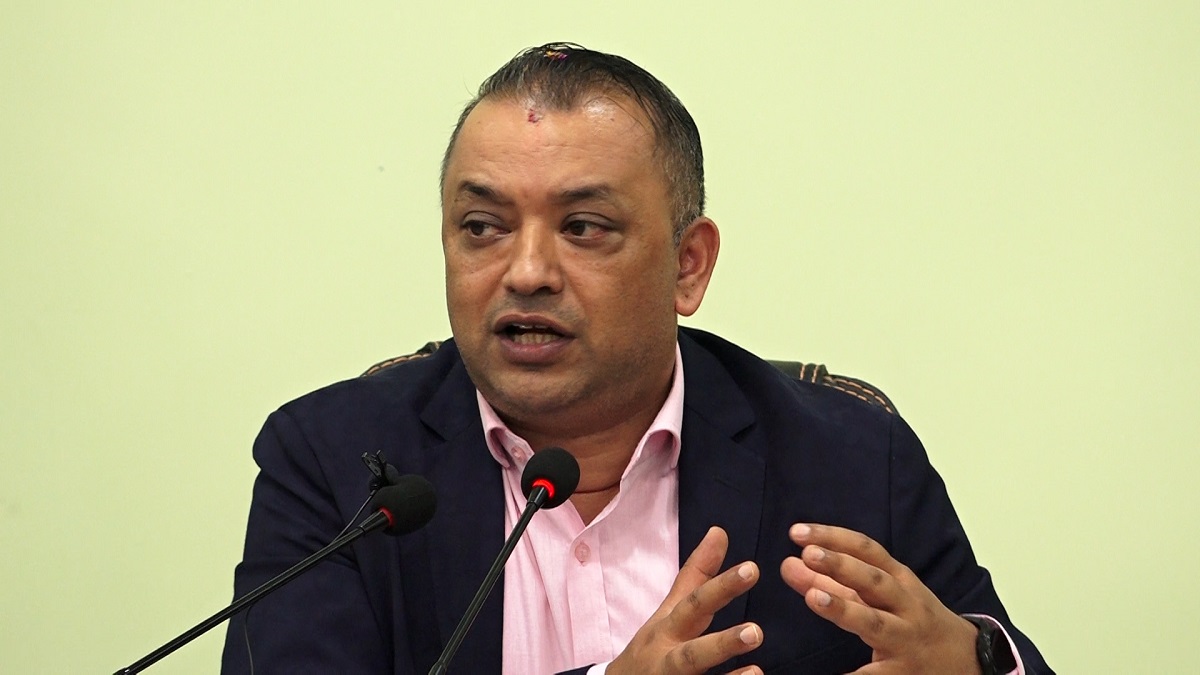 Nepali Congress General Secretary Gagan Kumar Thapa
Nepali Congress (NC) general-secretary Gagan Kumar Thapa has said the government to be formed under NC leadership should be capable of delivering newness to live up to the people’s aspirations.
Thapa, who was elected the House of Representatives (HoR) member from Kathmandu constituency-4, said this in his address to the congratulations and thanks-giving programme hosted here today by Kathmandu constituency-4, province assembly 2.
On the occasion, he asserted that the NC should deliver novelty with positive thinking keeping in mind the citizens’ aspirations for change. “We are in the context of forming a new government within some days and the presidential election is also round the corner”, he said, adding, “Letter and spirit of the constitution should be taken into consideration while picking the President”.
He shared that he was preparing to engage in social works with new concepts and thoughts and that it would begin from Kathmandu constituency 4.
Kathmandu 4(1) province assembly member Shree Ram Lamichhane claimed they would translate the promises made before the people during elections into actions within five years.
Likewise, President of NC Kathmandu-4 province assembly-2, Ram Prasad Luitel suggested the elected representatives to fulfill the promises made before the people keeping in mind their election manifesto for five years.