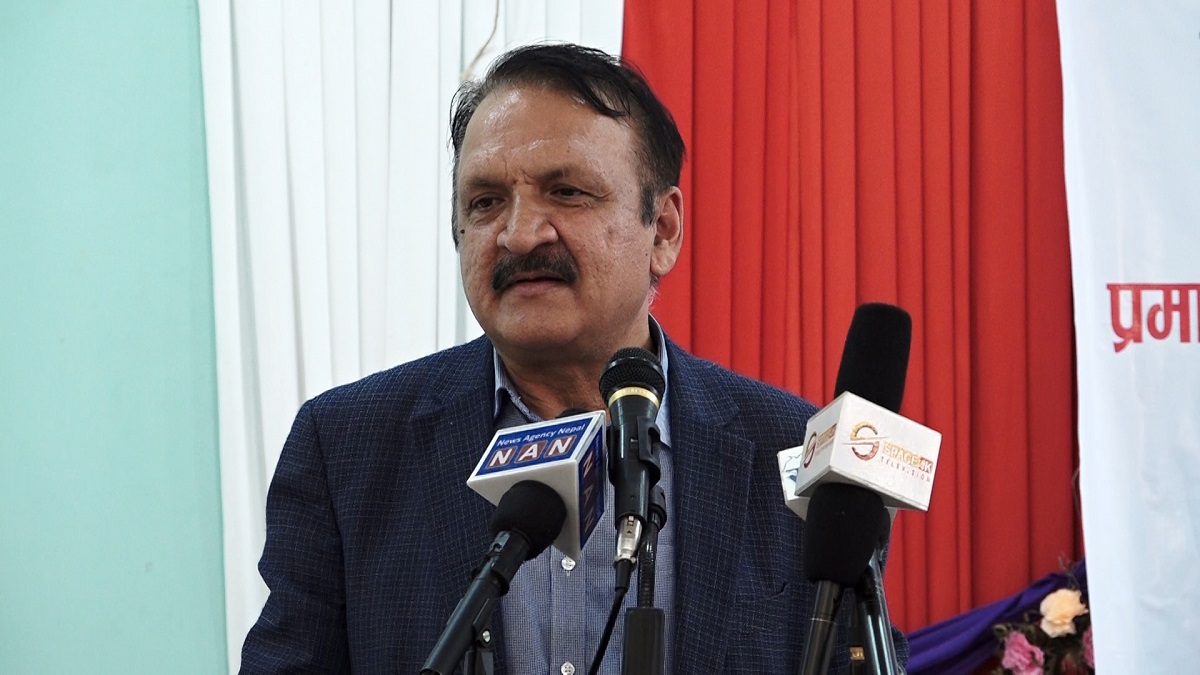 Nepali Congress (NC) Spokesperson Dr. Prakash Sharan Mahat appealed to the Nepali citizens to elect the candidates that could deliver.

At an election rally organized by the democratic-left alliance at Nuwakot constituency no 1 on Sunday, Spokesperson Mahat asserted that Nepal needed political leadership that walks the talks. Stating that the NC-led coalition was the one that could deliver at present, Mahat, also the former minister, pointed out the need of electing alliance candidates in the upcoming parliamentary elections.

The election to the House of Representatives and Province Assembly are being held in a week- on November 20 – in a single phase. Throwing the jibe at the major opposition, CPN (UML), he dubbed the party as one that only does ‘talking’. On a different note, he felt the need for leadership that would bring together all democratic forces in the country.

He blamed UML Chairperson KP Sharma Oli failed to maintain unity within the party and cited how the NC President and Prime Minister Sher Bahadur Deuba had unified the NC as well as how he had shown leadership by bringing onboard the leftist forces. “Acknowledging the need of the hour for the nation, NC moved forward by taking together the political parties subscribing different ideologies. We have united the party,” he argued, urging the voters to elect an NC-led coalition.

According to him, the NC leadership had distributed tickets with consensus and after discussing with all concerned ones and there was no grievances of any coalition partners either. Hence, he confidently claimed a majority win for the current coalition in the upcoming elections. He also observed that the current coalition was formed to defend the constitution and for the political stability and prosperity of the nation.

Due to seat sharing among the coalition partners, ticket was given to CPN (Maoist Centre) candidate to contest from Nuwakot constituency no 1 instead of him despite his willingness, he shared. He further divulged that as per the decision of the party, his name was atop the list of candidates going to contest the election under proportional representation system and it was the decision of the party.