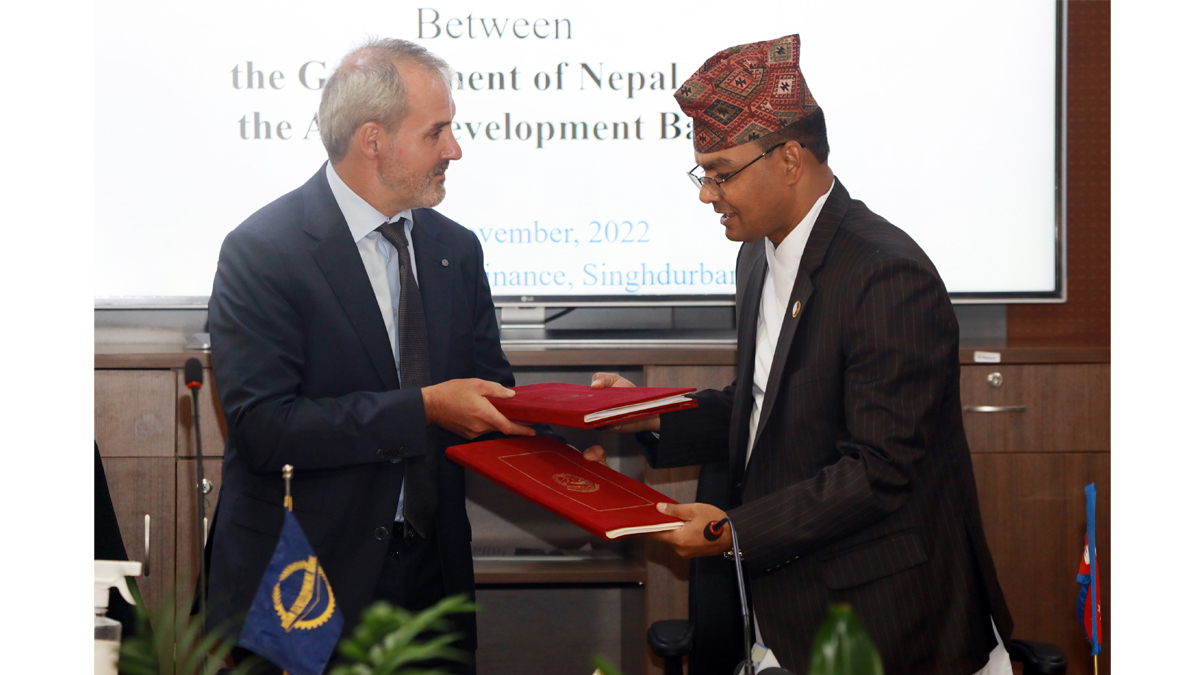 The government and the Asian Development Bank (ADB) have reached an agreement for the investments in the nuts and fruits in the hilly area project.

The agreement was signed between the Finance Secretary Krishna Hari Pushkar, and the ADB Country Director for Nepal, Arnaud Cauchois amid a function here. The project will benefit over 30,000 households in Province 1 and Bagmati, Gandaki, Karnali and Sudurpaschim provinces, mainly through the development of around 10,000 hectares of climate-resilient fruit and nut orchard.

Nepal faces increasing demand for fruits and nuts due to organization, income growth, and improved knowledge of nutrition which is not met by domestic production. The commercial farming of fruits and nuts in Nepal remains marginal and the abandonment of cultivable land in hilly areas is increasing as people are switching to other off-farm employment and relying on external remittances. “In this context, the project will help to take an advantage of the country’s favorable agro-climatic conditions to product quality horticulture crops and will support the government the government’s declaration of the 2016-2026 Fruit Decade,” said Finance Secretary Pushkar.

Stating that the agreement is a key part of the ADB’s overall efforts to address potential risks on food, ADB Country Director for Nepal, Cauchois said, “Through this project, we will support improving the livelihood and climate resilience of horticulture farmers in the hilly areas of the five provinces of Nepal.” (RSS)