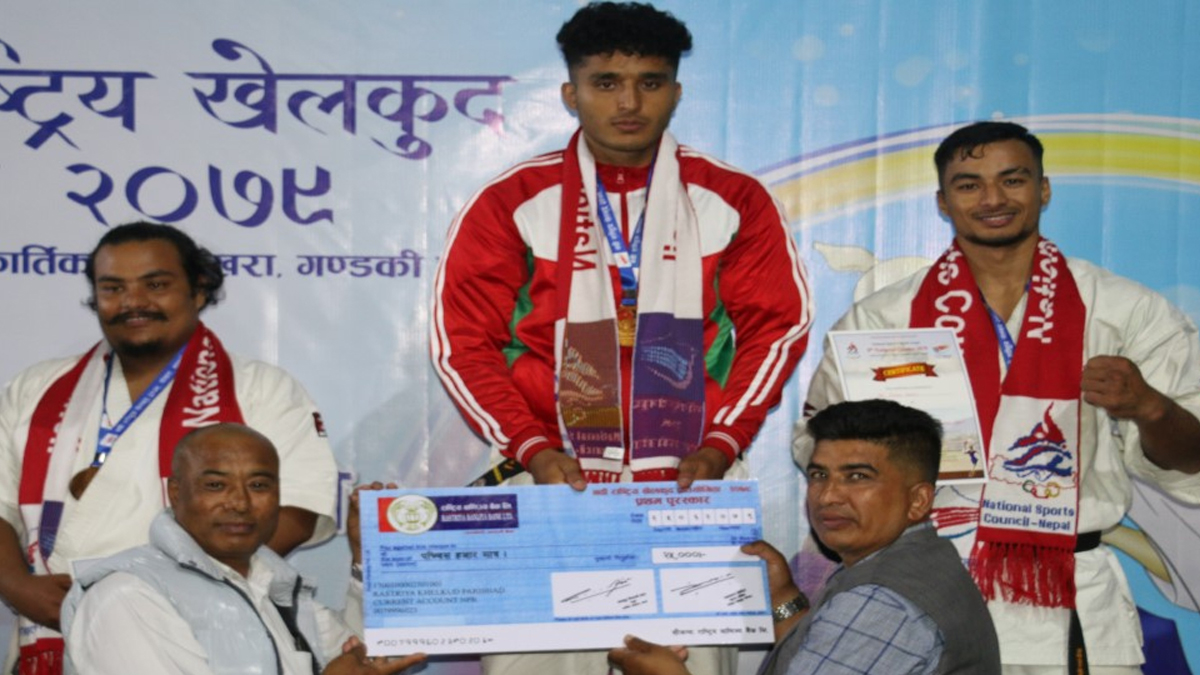 Nepal Army’s departmental team has topped the ranking with seven gold medals in the ongoing ITF taekwondo tournament under the 9th National Games.

So far Bagmati province has clinched three gold and Gandaki one gold medal in the same sports event. Army has continued the position of a top scorer with six gold medals in a single pattern and one gold in a team pattern.

In the ITF that started since Saturday, tournaments of single sparring, team sparring, single pattern, and team pattern are taking place. A total of 250 players from seven provinces and three departmental teams are participating in the tournaments.

Players are competing for 45 gold medals, 45 silver, and 30 bronze medals. The matches are taking place in the local Bangechaur ground.