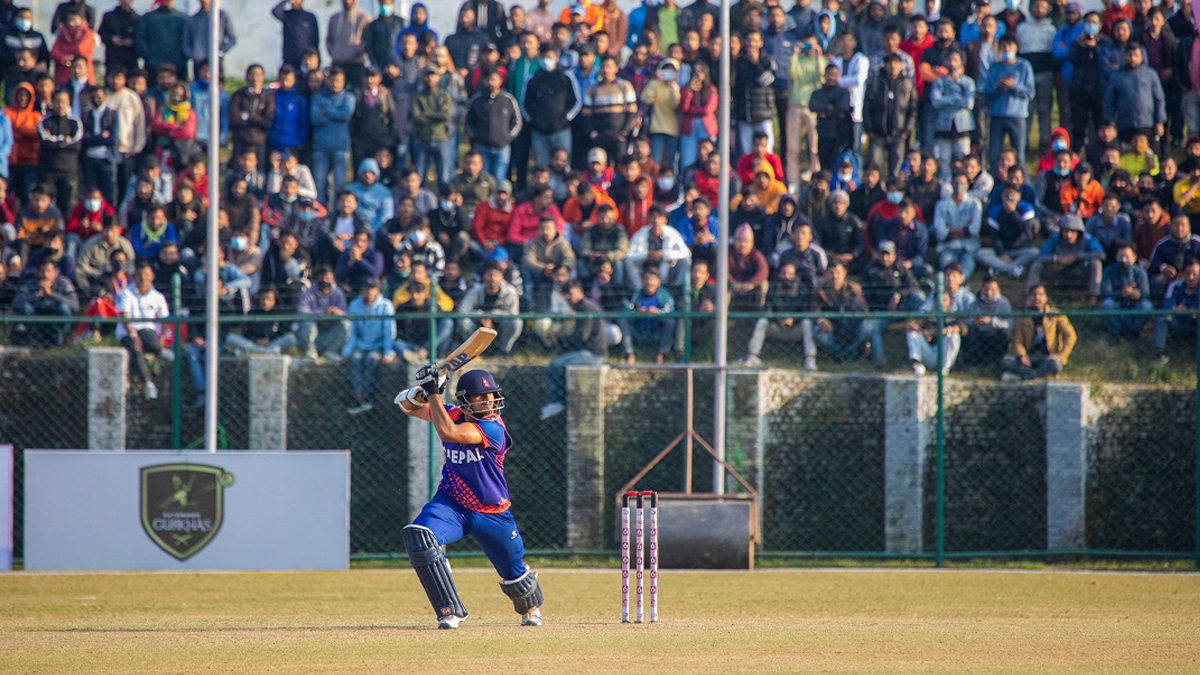 Nepal have levelled the Ssixer ODI Series defeating the UAE by 3 wickets in the second match of the three-match series held at TU Cricket Ground on Wednesday. UAE had won the toss and chose to bat first.

Batting first, the UAE had given Nepal 192 runs to chase.

In reply, chasing the target, Nepal made 193 runs by losing 7 wickets in 47.5 overs. For Nepal, Gulshan Jha and Arif Shaikh shared a partnership of 62 runs.

Gulsan Jha announced as the player of the match.

With this win, Nepal has levelled the series. The final match of the Ssixer ODI Series will take place on Friday.