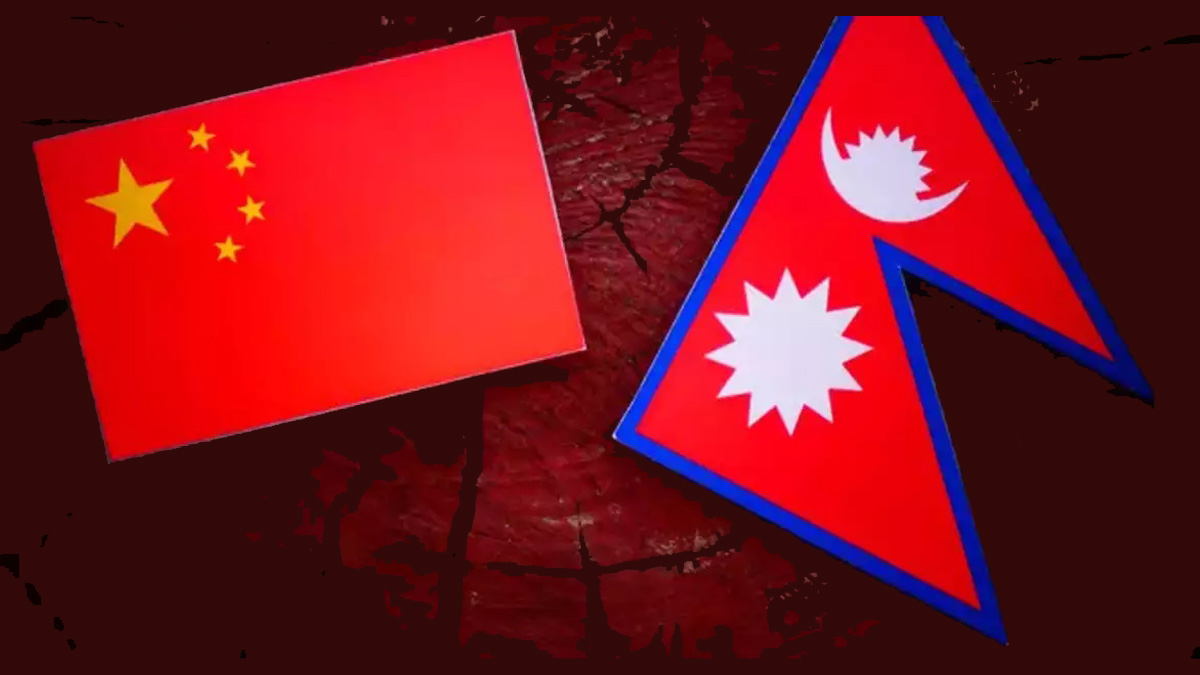 Nepal is getting disillusioned by a gap between what is promised by China and what it delivers as part of development partnership. China’s State Councilor and Foreign Minister Wang Yi in his meeting with visiting Nepali Foreign Minister Narayan Khadke in Qingdao, Shandong Province on August 10, 2022, had promised support to Nepal’s efforts “to explore a development path in line with national conditions and improve Nepal’s people’s lives.” Contrary to it, things are not coming with the trust Nepal has bestowed in China while enhancing bilateral relations. For instance, the discarding of Chinese made aircraft by Nepal airlines in 2020.

Nepali airlines grounded six Chinese-made aircraft as they had turned into “the most expensive white elephants in the carrier’s history”. Nepali authorities indicated that it was unaffordable to fly the Chinese planes as the aircraft were substandard and not worth the price. The Chinese-made planes were causing heavy losses ever since they were acquired between 2014 and 2018. 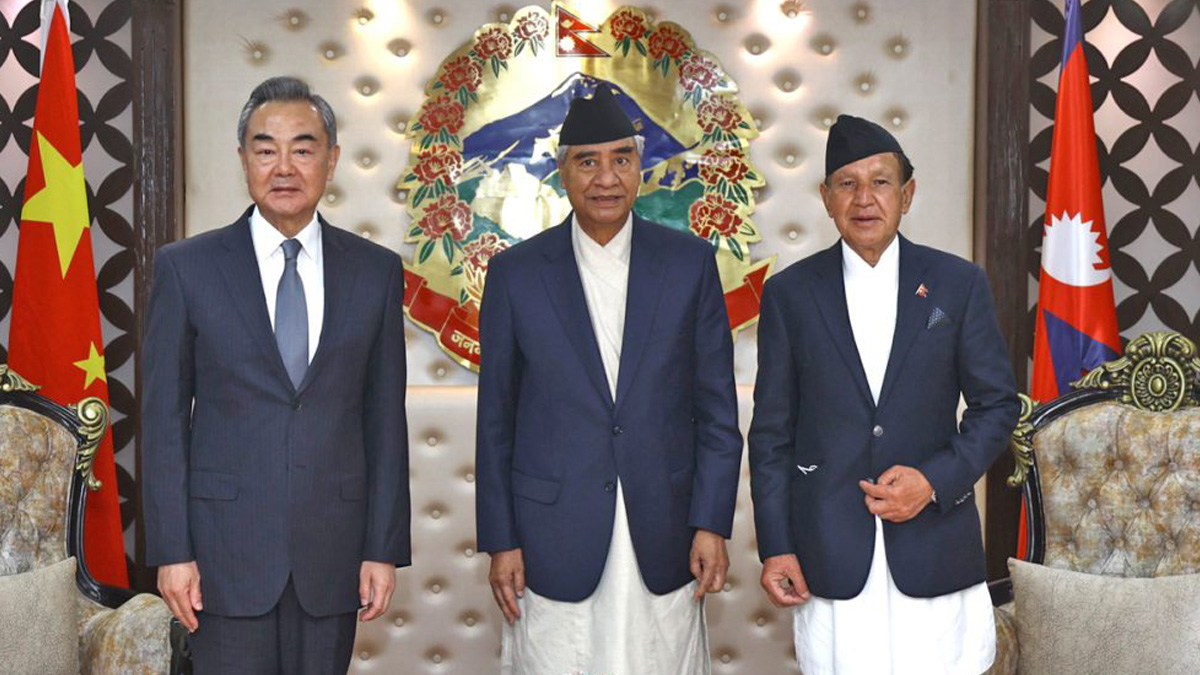 The planes which came six years after the first batch landed in Kathmandu in 2014 were supplied with sub-standard equipment for maintenance that did not last long. Before the planes were grounded, the total accumulated losses of these planes were NRs1.9 billion, nearly half of the cost of the planes. With the planes grounded, the operating costs have dropped for Nepal Airlines, but it has to pay insurance premiums for the aircraft and parts.

In total, there were six Chinese aircraft— 2 MA60 and 4 Y12E. One each was given to Nepal in grant. Nepal bought four in a government-to-government agreement. These included 1 MA60 and 3 Y12E, however, Nepal lost one Y12E in an accident in 2018. Being a rare aircraft, there is a small-scale production of spare parts and the warranty period of many spare parts of these aircraft have expired.

Nepal also faced technical problems in functioning of these aircraft while the spare parts were not easily available. The repairing of aircraft was expensive and time taking as well. But Beijing did nothing to help Nepal in capacity building. Further, due to language barrier, training of pilots in Nepal for these aircraft was not possible. Nepal Airlines did approach China for help but didn’t get any support from China.

Now, Nepal Airlines has decided to sell five of its troublesome Chinese planes after no one came forward to lease them. On September 14, the national flag carrier put the Chinese planes up for lease. Prospective bidders were given an October 31 deadline. As there were no bids, the deadline was extended until November 16. The five condemned planes are currently parked at the remote parking bay on the eastern side of Tribhuvan International Airport in Kathmandu.

Also cash-strapped Nepal Airlines will have to fork out more to repay the interest for the Chinese planes that it bought in 2014, as the seven-year grace period has ended. The corporation has been defaulting on other loans it had taken to buy Airbus planes for years due to a cash crunch. The first quarterly instalment of Yuan 10.9 million (NRs 205.67 million) was sent in September 2021 while the second instalment was sent in March.

The supply of faulty and substandard aircraft by China to Nepal is a betrayal of promise on the part of China. This is in sharp contradiction to Chinese claims of considering “all countries big or small, rich or poor, strong or weak as equal”. 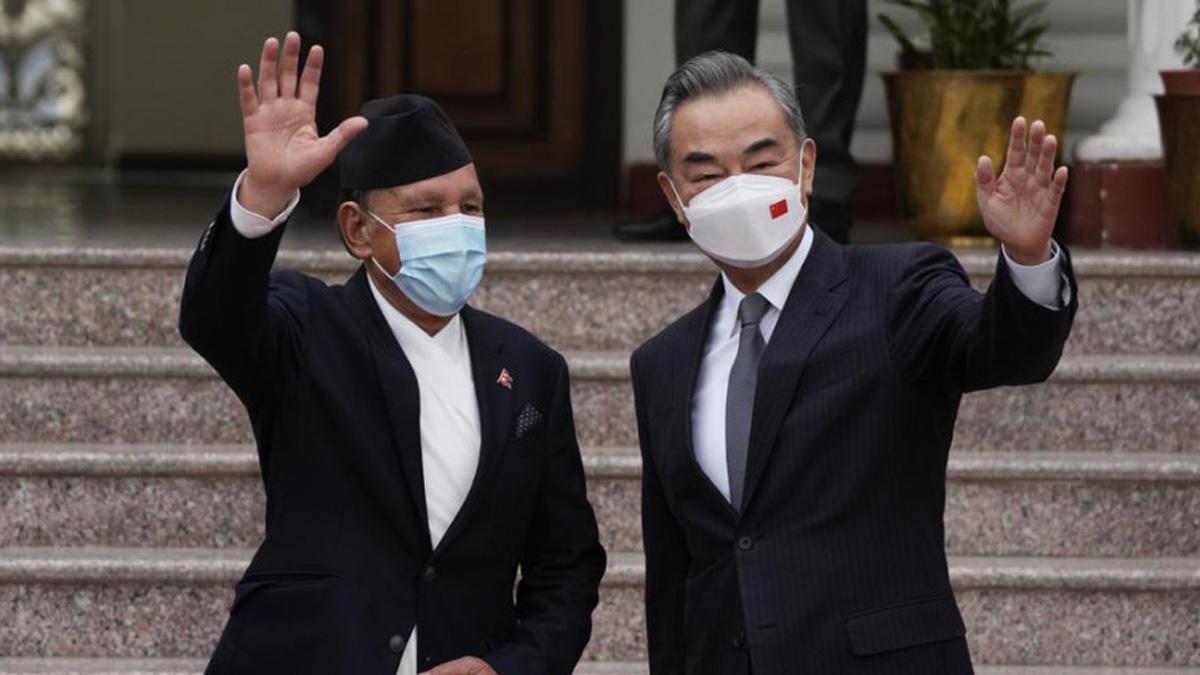 Despite knowing that Nepal’s economy is struggling to come out of “low-income country category”, China is also discriminating with Nepal in trade. It is not only that China enjoys a very skewed trade surplus with Nepal, but also it creates barriers to trade as well. For instance, in the last two years Beijing imposed an undeclared blockade at the transit points on the Nepal-China border citing the Covid-19 pandemic. This caused severe economic hardships for Nepali traders, even resulting in deaths by suicide. China for the last two years has been allowing only a few containers to cross the transit points on the Nepal-China border. This is contrary to the Chinese Foreign Minister’s assurance that arrangements would be made soon to facilitate exports and imports from both the northern parts.

Nepal being a low income country and prone to natural disasters like earthquake and floods expected a better, honest and sincere deal from China. But China’s response betrayed their hopes.

Despite showing willingness to promote Belt and Road Cooperation with Nepal, most of the Chinese projects in Nepal are incomplete and going slow. Although way back in August 2022 it was decided in a meeting of respective foreign ministers of the two countries to speed-up the Kathmandu Ring Road Improvement Project (Phase-II) at a faster pace and advance electric power interconnection projects, nothing is visible on ground. It is a matter of disillusionment for many Nepali citizens.

China has made tall promises but falls short in implementation. Besides, Chinese companies pay scant attention to environment and social accounting of the projects. This is one of the reasons why China’s ambitious rail project in Nepal has only few supporters.

Although China has planned to conduct a feasibility study for the 170 Km Trans – Himalayan Tibet – Nepal railway, environmental and technical questions remain. A pre-feasibility study in 2018 had pointed out that the project was difficult due to steep terrain gradient, in which construction of the most difficult portion of 72 Km would alone require an investment of USD 2.75 billion. This ignites a fear of debt trap in Nepal as it happened in Sri Lanka and Pakistan.

In most Chinese economic deals with developing countries, Beijing derives asymmetric benefits. It is viewed in Nepal that the sale of Chinese aircraft solely benefitted Beijing and pushed Nepal into a vicious debt trap. Nepal had brought the China-made aircraft on hefty loans, but it could not be utilized due to its heavy maintenance charges, thus pushing the country into a financial fix. The ambitious rail project too may also mainly serve Chinese strategic interest so long as Nepal is not supported in industrialization.