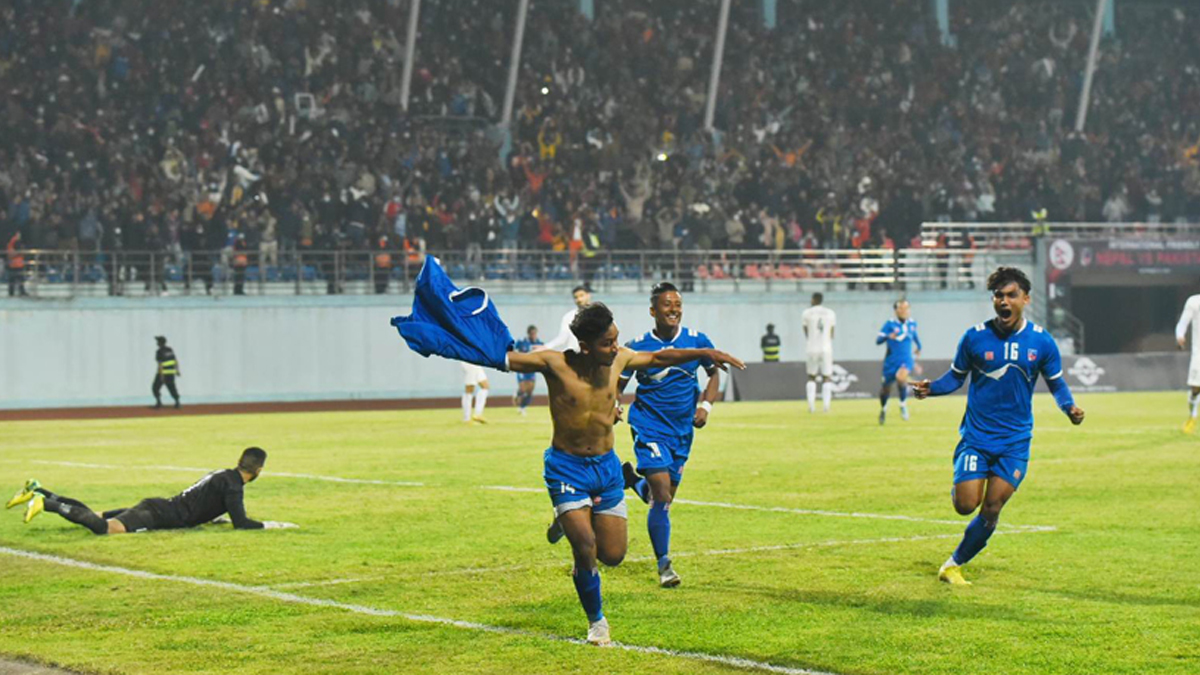 The Nepali national football team has won the friendly match against Pakistan.

Nepal defeated Pakistan by 1-0 in the match on Wednesday at Dasharath Stadium in Tripureshwar.

Anjan Bista scored a goal for Nepal in the 82nd minute of the game to give Nepal a 1-0 victory.

Pakistan, who returned to world football after three years, gave an excellent performance.