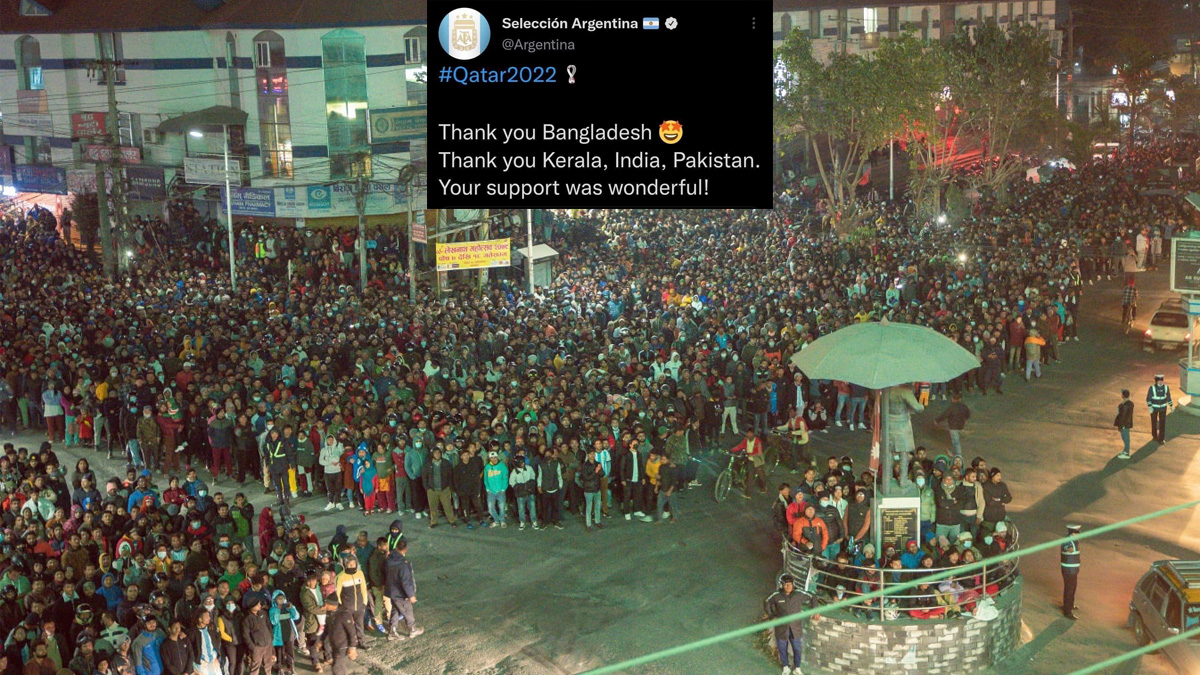 The handle thanked Kerela, India, Bangladesh, and Pakistan for all the support they showed throughout the World Cup.

“Thank you Bangladesh 🤩 Thank you Kerala, India, Pakistan. Your support was wonderful!,” read the tweet.

Thank you Bangladesh 🤩
Thank you Kerala, India, Pakistan. Your support was wonderful! https://t.co/GvKwUP2hwJ

However, while thanking even one state of India, Nepal was not addressed in the tweet while in Nepal, there was huge support for Argentina and Lionel Messi. More than an estimated 75 percent supported Argentina in the World Cup. Nepalese fans are saddened and gone angry after seeing the tweet.

Nepali fans are showing their dissatisfaction over Argentina saying, though the majority of Nepal’s population loves and supports Argentina, many Nepalis sacrificed their lives to build the stadium where it lifted the trophy, but it forgot to address Nepal.

It is unfortunate that Nepal was not mentioned in the list of countries that @Argentina thanked for their support in the FIFA World Cup. However, it is important to remember that every country and its fans have the right to show their support for their favorite teams in their own pic.twitter.com/dWmg3fGIJp

Hello @Argentina , this is from Pokhara, Nepal. Show some love to Nepalese fan too. pic.twitter.com/jx6r6DwEI0

@Argentina where is NEPAL!!😭🤧🇳🇵🇦🇷🇳🇵🇦🇷🏆❣️
In Nepal also there are many fan of the greatest Argentine,🇦🇷🏆🇳🇵🇳🇵❣️🇦🇷!!! pic.twitter.com/6ZY5DTvDM4