Nepali people have much expectation from this parliament: NC president Deuba 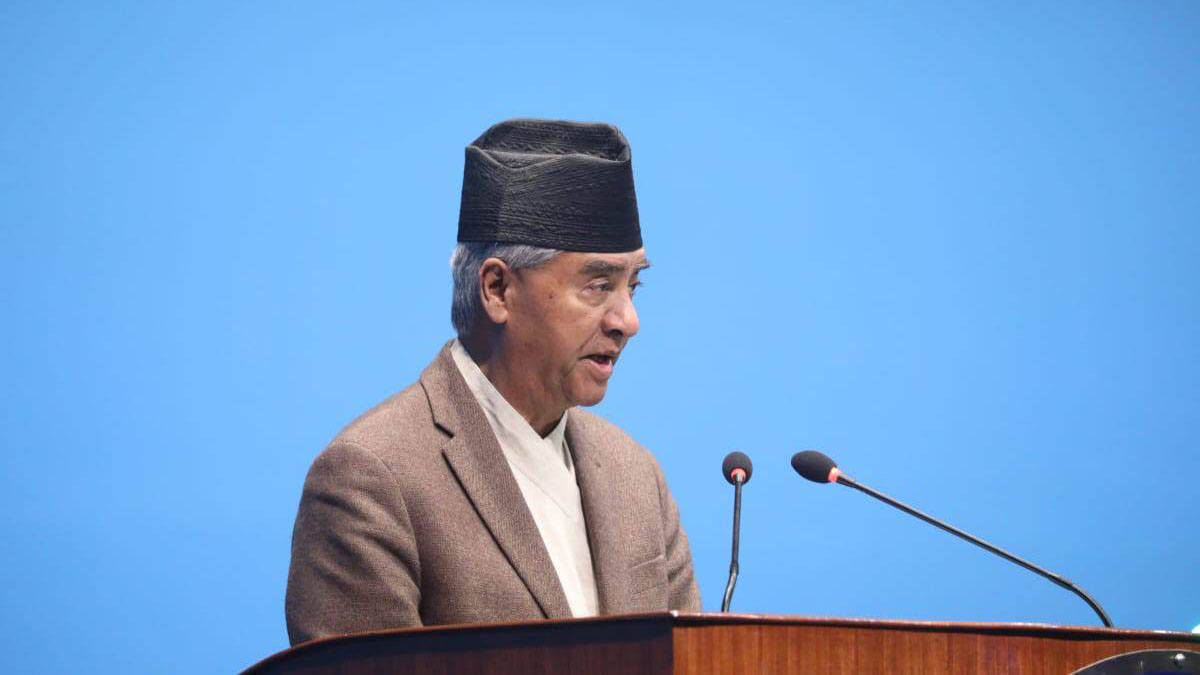 Nepali Congress president and former Prime Minister Sher Bahadur Deuba has said that the Nepali people have expected much from this House of Representatives (HoR).

Speaking in the first meeting today of the HoR formed after the November 20 parliamentary election, he said, “It is necessary that our forthcoming journey, means and goals should be clear.

He reiterated that consolidation of the federal, democratic, republican system is the need of the day, and defending the Constitution and its implementation as per its letter and spirit has become the mandatory condition.

Stating that many policies and laws remained to be formulated for the implementation of the Constitution, the NC president and parliamentary party leader said along with the constitution and relevant laws, moral conduct also has special importance for a prosperous democracy.

“All our energy, mindset, behaviour and works should be focussed for the greater interest of Nepal and the Nepalis. I would like to heartily urge all the MP colleagues that may the tenure of this HoR be able to make a special contribution to defending the constitution, its implementation and to strengthen the federal democratic republican order.”

NC president Deuba paid tributes to all the martyrs who laid down their lives for the establishment of democracy, its reinstatement and protection. He also showed high respect to all those who contributed to ushering in the federal, democratic, republican system and drafting of the current Constitution.

Congratulating all the elected members of HoR, NC leader Deuba expressed the confidence that they would be successful to always work for the interest of the country and its peoples in their five years term. He wished them success in this and urged them to work as per the aspiration of the people.

NC president Deuba congratulated CPN (Maoist Centre) Chair Pushpa Kamal Dahal ‘Prachanda’ on his appointment as the Prime Minister and wished him a fully successful term in office on the occasion. He also congratulated the ministers.

The NC parliamentary party leader also thanked the voters for their support to the Nepali Congress in the election.