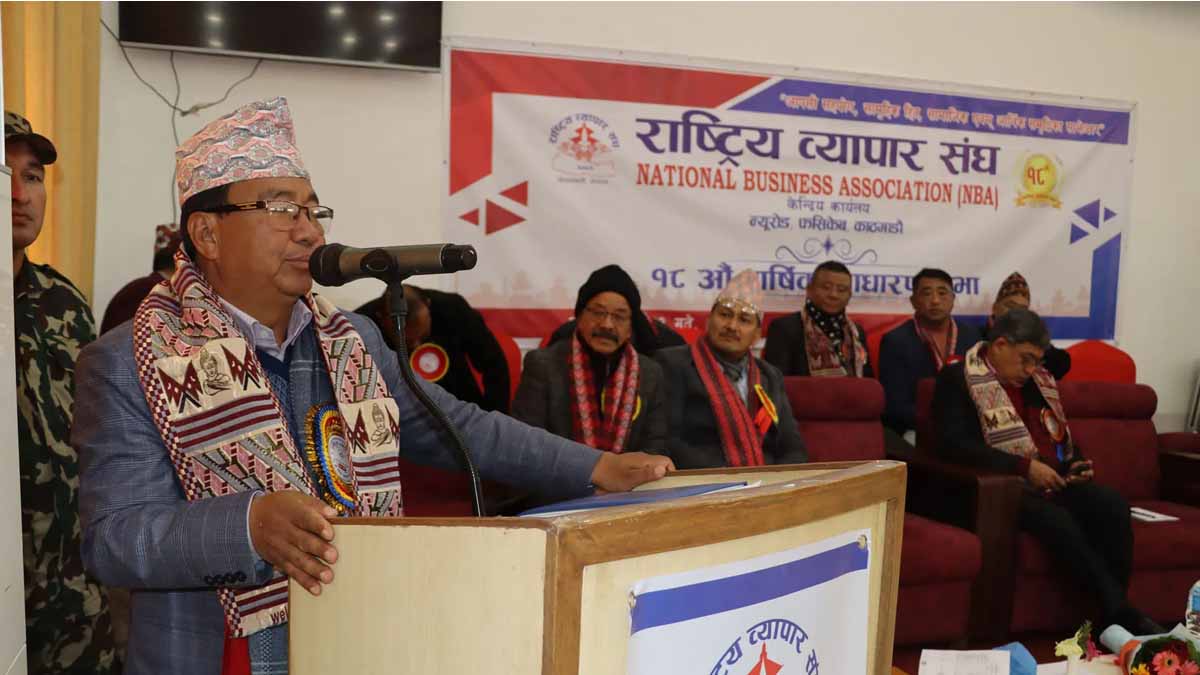 Minister without portfolio Rajendra Kumar Rai assured that the new government would resolve the problems facing the entrepreneurs in the country.

NNFE is an umbrella organization of small and medium entrepreneurs in the country. It has over 10,000 members and around two dozens of associations across the county affiliated with the NNFE.

“We are moving towards prosperity. The country runs on the taxes paid by the entrepreneurs. New government is committed to addressing the issues faced by entrepreneurs,” said the Minister, urging entrepreneurs to cooperate with the government to strengthen the national economy.

Similarly, Sashi Bhatta, Chief of Inland Revenue Office, New Road branch expressed his concern over smuggling of goods spiking in the market and said that the government was stepping up monitoring to curb the smuggling. He urged all the entrepreneurs to run their enterprises within the legal framework.

Likewise, Nepal Chamber of Commerce Vice-President Deepak Malhotra viewed that the country’s economy could not make strides due to instable government. “There’s no favorable situation to run enterprises by obtaining loan from banks and financial institutions in an exorbitant interest rate. The government should pay special attention to it. We can’t run business until the interest rate comes down.”

Federation of Handicraft Associations of Nepal Bagmati Province Chairperson Homnath Upadhyay spoke of the need for the government to introduce new programmes to revive economy that is marred by earthquake (in 2015), economic blockade and COVID-19 pandemic.

President of the Nepal Trans Himalayan Border Commerce Association, Ashok Kumar Shrestha, rued the entrepreneurs were facing troubles due to high interest rate of the Banks and Financial Institutions (BFIs).

NNFE President Saroj Kumar Shrestha shared that their organization was also contributing to social cause besides working for the welfare of the traders and entrepreneurs. He explained it citing that the NNFE was financially assisting to 10 students in a community school in Sindupalchowk district.

He urged the government to remove the exorbitant interest rate by the BFIs as they were unilaterally increasing the interest rate. He also grudged that the entrepreneurs were facing problems due to shutdown of the bordering points from time to time.