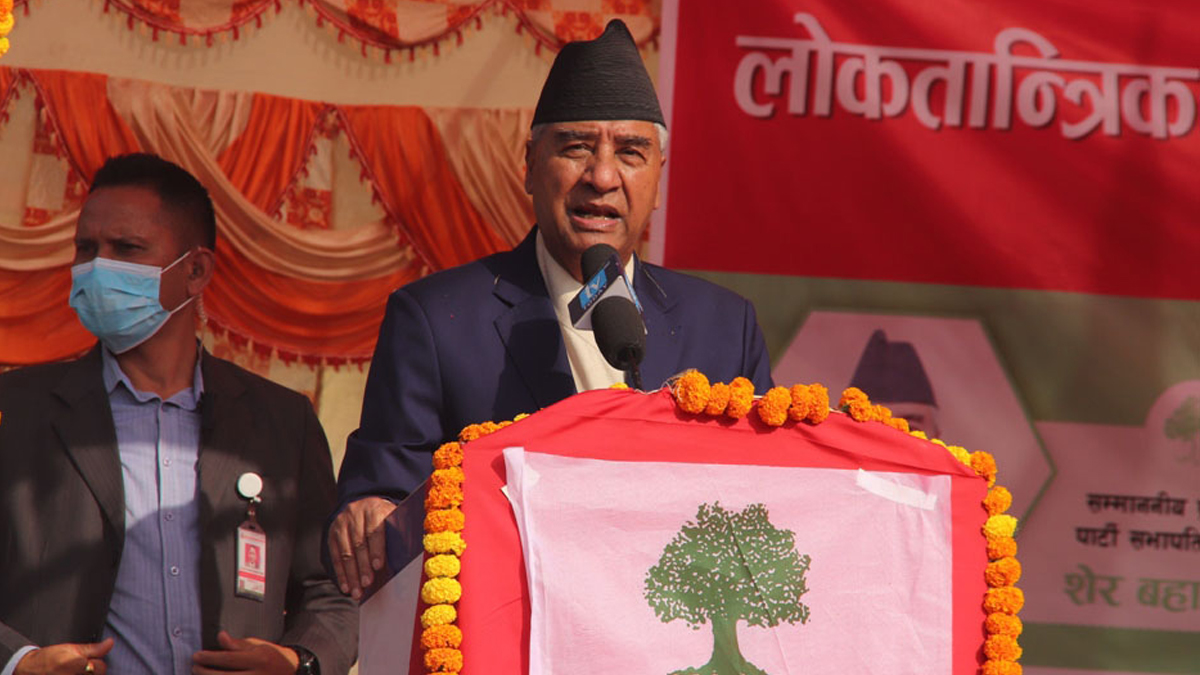 Addressing a political gathering of the ruling alliance today at Gokuleshwor in Darchula district, he accused the CPN (UML) leader KP Sharma Oli of circulating propaganda related to the passage of the map. “The map was passed with the combined efforts of all parties including the NC and CPN (Maoist Center). Now, Oli has raised propaganda claiming that the map was passed with his lone effort.”

In another context, the PM said the direction that the country would take in the days ahead will be decided upon through the upcoming elections to the House of Representatives and the Province Assembly.

“Numerous propagandas are being spread at the moment. The current coalition joined forces to ensure prosperity,” Deuba said. Citing the laying of a foundation stone for the Nepal-India Bridge in Darchula few months ago, he assured that the construction of the bridge would be completed soon.

Furthermore, the septuagenarian leader pledged to make Gokuleshwor Airport operative and vowed to make Darchula free from the use of ropeway river crossings. Promising to ensure cent per cent electricity access in Darchula within next two years, Deuba asserted, “Darchula is a district of tremendous potential. We will deliver development in Darchula.”

Also addressing the same election assembly, former Prime Minister and CPN ( Maoist Centre)’s Chair Pushpa Kamal Dahal ‘Prachanda’ said he had supported Oli to be the Prime Minister, claiming that there remained no probability for Oli to be re-elected to the post in the future.

The former Prime Minister went on to say that only revising the political and administrative map of the country would not provide a ground to reclaim the lost territories  practically, diplomatic efforts with India were required for the same.

The leader utilized the forum to claim that the existing alliance of ruling parties was formed to counter the attempt to push the country toward regression.

NC leader and Minister for Industry, Commerce and Supplies, Dilendra Prasad Badu, is in the HoR election race from Darchula on behalf of the alliance.