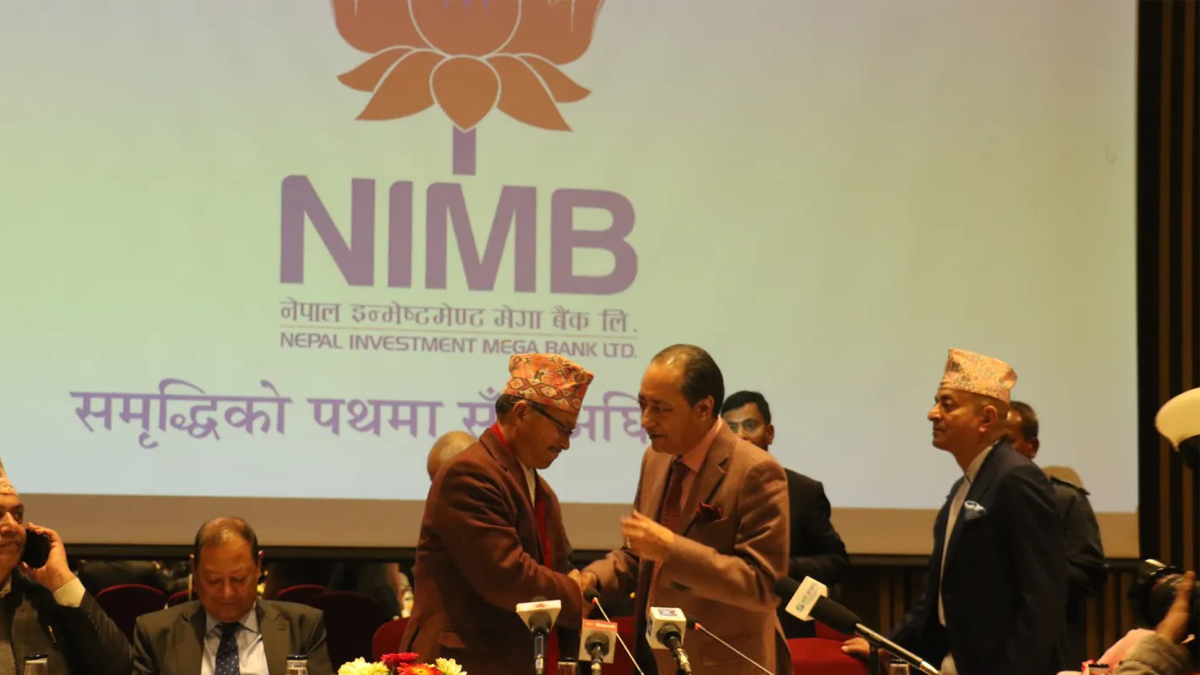 The two banks merged as ‘Nepal Investment Mega Bank (NIMB) Limited’ and announced the commencement of joint operations amidst a programme here today.

The banks merged at 100: 90 share swap ratio and chair of the Investment, Prithvi Bahadur Pande, now is also the chair of the NIMB and Jyoti Prakash Pandey is the CEO.

The new Board of Directors has the representations of both banks. Prajanya Rajbhandari and Kabi Kumar Tibrewala represent the NIBL while Gopal Khanal, Madan Kumar Acharya and Mukti Ram Pandey represent Mega.