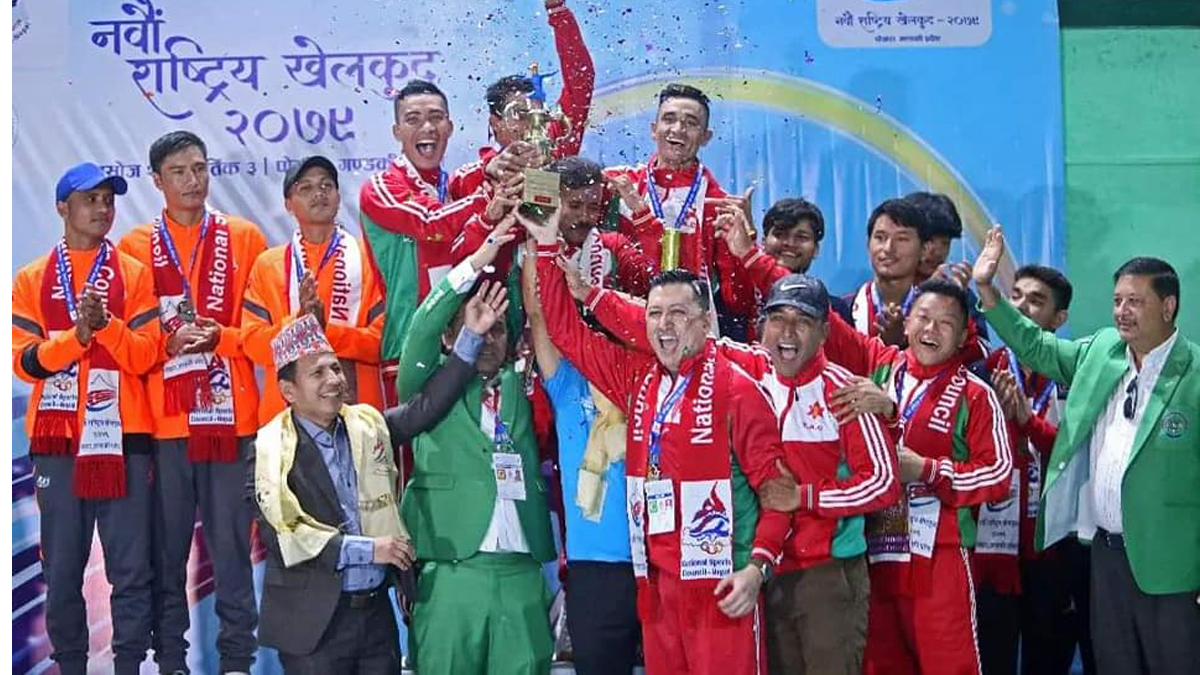 The Nepali Army so far tops the medal tally of the Ninth National Games underway in Gandaki Province.

The Nepali Army has clinched 36 medals including 15 gold, 11 silver, and 10 bronze out of the 30 gold medals in different games being decided so far.

Similarly, the Bagmati Province is in the second position in the medals tally, winning 13 medals, including six gold, five silver and two bronze.

The 9th National Games was inaugurated amidst a grand ceremony at Pokhara Stadium on October 14. The Games will conclude on October 20. Various competitions under the Games are being held in eight districts of the Gandaki Province.