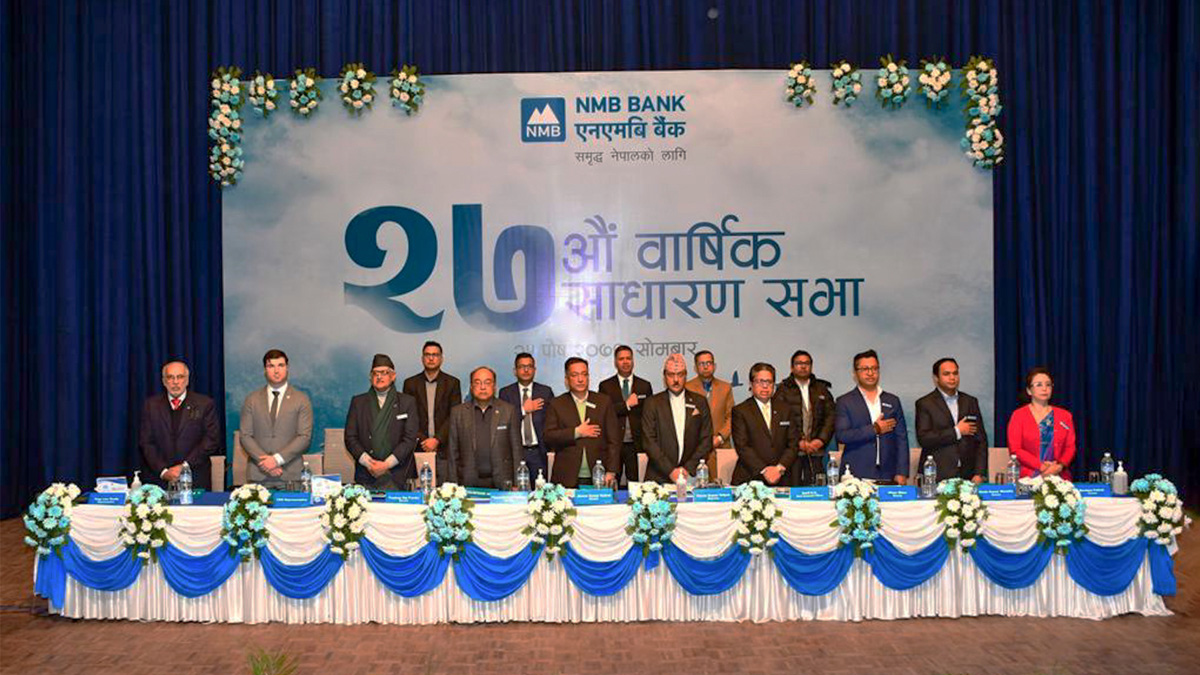 A general meeting was held at Pragya Pratisthan, Kamaladi, Kathmandu in the presence of the chairman of the board of directors, directors and shareholders of the bank.

The annual general meeting was held under the chairmanship of Pawan Kumar Golyan.

The meeting approved the proposal to distribute 8.25 per cent cash dividend (including taxes) on the current paid-up capital of the bank, as per a media release.