No Impunity for Insurrectionists 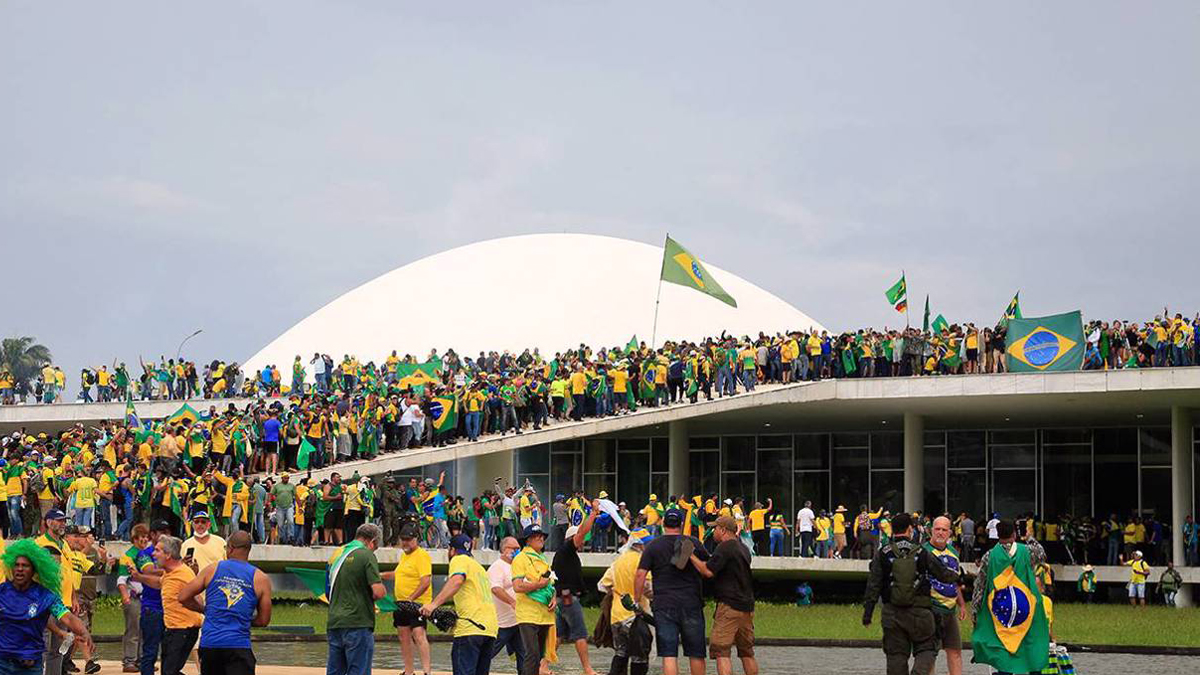 CHICAGO – Brazil now has its own version of the January 6, 2021, assault on the US Capitol by supporters of the defeated president, Donald Trump. Two years and two days later, supporters of former President Jair Bolsonaro stormed the National Congress, the Supreme Court, and the presidential palace in Brasília, solidifying Bolsonaro’s credentials as the “Trump of the Tropics.”

The uncanny similarity between Brazil’s failed insurrection and the attack on the US Capitol highlights the many parallels between Bolsonaro and Trump. Both are far-right, antidemocratic one-term presidents who offered only disinformation and bravado during the COVID-19 pandemic, costing hundreds of thousands of lives. Both harangued the press and challenged their judiciaries’ independence. Both claimed that only massive fraud and rigged voting machines could defeat their re-election bids. Their legacies are the millions of citizens who doubt the integrity of their countries’ elections and the thousands who sacked their own capitals and brutalized police officers in a futile effort to overthrow democracy.

But the subtle differences between the post-presidencies of Bolsonaro and Trump underscore the importance of prosecuting antidemocratic former leaders. Many Americans fear that indicting Trump for inciting an insurrection would produce a tit-for-tat dynamic in which each succeeding administration used the courts to settle political scores. But Brazil’s history since the restoration of democracy in 1989 suggests otherwise.

Fernando Collor, Brazil’s first democratically elected president after the end of the military regime, resigned in 1992 after being accused of influence peddling. He was impeached anyway, and thus disqualified from holding elected office again. Collor was later acquitted of criminal charges and eventually had his political rights restored, allowing him to run for lower offices (and win).

Subsequent Brazilian presidents have been indicted, and some have faced judicial abuses, yet Brazil did not descend into an endless cycle of retaliatory prosecutions. Fernando Henrique Cardoso, who succeeded Collor, was a frequent critic of his own successor (and current president), Luiz Inácio Lula da Silva. But Lula’s administration did not use the judicial system to settle scores. Lula himself was convicted of corruption and sentenced to 12 years in prison before his conviction was annulled, and he was released in 2019 after serving less than two years. Lula eventually had his political rights restored and went on to run for president again, beating Bolsonaro, but the grounds for his indictment were not purely political or baseless.

Bolsonaro himself could face charges linked to a fake-news troll farm that operated out of the presidential palace, as well as for spreading misinformation about electronic voting. When Bolsonaro’s political party asked the electoral court to cancel millions of votes, the court fined it for trying to undermine the country’s electronic voting system and froze its assets. Brazilian media have reported that Bolsonaro is effectively trying to avoid prison, for himself and family members, by offering to stop attacking democracy in exchange for amnesty. Some have speculated that his current sojourn in Florida is an attempt to escape potential charges at home.

Bolsonaro’s legal exposure may explain why he suddenly deviated from the Trump playbook after years following closely in his idol’s footsteps. Despite Bolsonaro’s refusal to concede the presidential election, his chief of staff acknowledged in early November that there would be a peaceful transition of power. Whereas Trump still claims to be the victim of massive electoral fraud, Bolsonaro has gone quiet. And while Trump rallied the rioters on January 6 and continues to defend their actions, Bolsonaro emerged from his redoubt near Disney World to decry this week’s violence in Brasília.

Venezuela, Brazil’s neighbor to the north, illustrates the dangers of allowing insurrectionists to get away with their actions. As the country’s experience shows, when aspiring dictators re-emerge, they tend to come back emboldened. In 1992, a lieutenant colonel named Hugo Chávez led two failed coup d’états against the elected Venezuelan government. Chávez was released early from prison by then-President Rafael Caldera before being elected president in 1998. He then presided over the destruction of Venezuelan democracy and crashed its economy.

Ecuador offers another cautionary tale. In 2000, a severe economic crisis led to mass protests against the country’s elected president, Jamil Mahuad. An army colonel at the scene, Lucio Gutiérrez, stood by and watched while demonstrators swarmed the National Congress. The protests then morphed into a coup attempt led by Gutiérrez and other military officers. Gutiérrez never faced criminal prosecution for the attempted coup in either military or civilian courts.

In 2002, Gutiérrez ran for president and won. The disdain for democratic institutions that he had previously displayed became the defining feature of his presidency, during which he suspended the Supreme Court and later declared a state of emergency. His term ended with him fleeing Ecuador by helicopter after Brazil offered him political asylum.

The final chapter of Bolsonaro’s story has yet to be written. But we already see hints that the fear of indictment has chastened him. Americans should take this lesson to heart: though prosecuting former presidents carries risks, the cost of letting insurrectionists and would-be autocrats escape accountability could be too high.

Susan Stokes is Professor of Political Science at the University of Chicago and Faculty Director of the Chicago Center on Democracy. She is the co-author, most recently, of Why Bother? Rethinking Participation in Elections and Protests (Cambridge University Press, 2019).