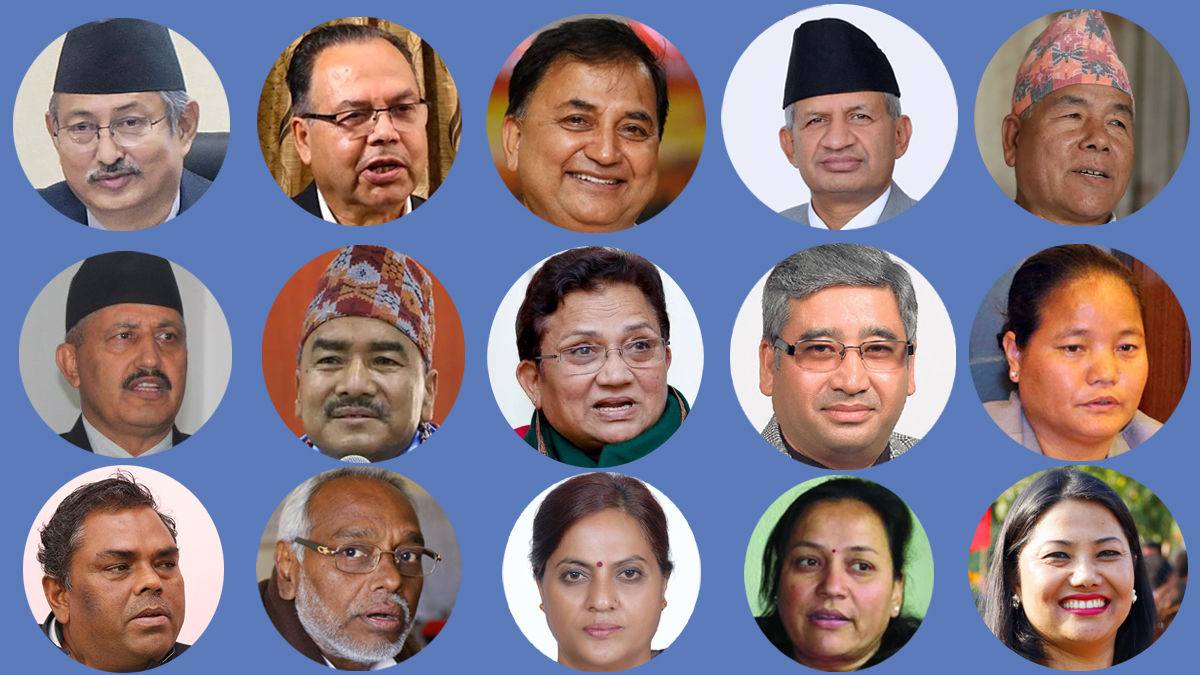 With the vote count of November 20 election to the House of Representatives and Province Assembly almost over, the political parties and leaders have intensified their races for formation of new government. Who will be the next prime minister and whose support is intriguing everyone at present.
Irrespective of their pride and pledges, action and announcement, and confidence and conjecture, the political parties have seen their true strength. The strength is shown by the sovereign citizen. With the hung parliament in sight, to break the current electoral alliance or not is dogging the big parties.
Whosoever forms the government and becomes the prime minister, the strong reminders of the election cannot be brushed aside. The leaders of the traditional parties are forced to eat crow at present after they received cold shoulder from the voters in the election. The most manifest example is the valiant entry of new parties as Rastriya Swatantra Party, Janamat Party and Nagarik Unmukti Party.
It is worth noting here that after the May 13 local level election the country held early this year, Dr Baburam Bhattarai had strongly reminded the lawmakers in the parliament that ‘many of them would be swept away in the elections’. He had explained the victory of independent candidates Harka Sampang of Dharan Sub-Metropolis and Balen Shah in Kathmandu Metropolis as the ‘spark which could set the country ablaze.’ Dr Bhattarai also admitted that he would not be able to face the situation (election). Finally, he retreated in filing candidacy in this election and forwarded his daughter from Kathmandu, but in vain.
With the victory of vibrant youths from different places including the federal capital, Kathmandu, who have defeated old parties’ heavyweights, some old party leaders are warning of political and parliamentary ‘instability’. The instability of parliament is also projected with no parties being able to secure a resounding majority for the House of Representatives. Hung parliament is in sight.
Dr Bhattarai has turned true that heavyweights in the Kathmandu Valley and Chitwan city were beaten by the new faces including that of Rastriya Swatantra Party, which has relatively very short visibility- mostly the campaigns against incumbency rather than exposition of party organization and ideology.
Their ruling alliance had also formed an electoral alliance having Nepali Congress, CPN (Maoist Centre), CPN (Unified Socialist), Rastriya Janamorcha, and Loktantrik Samajwadi Party. Although they make a simple majority, they have failed to secure two-thirds majority in the vote count. 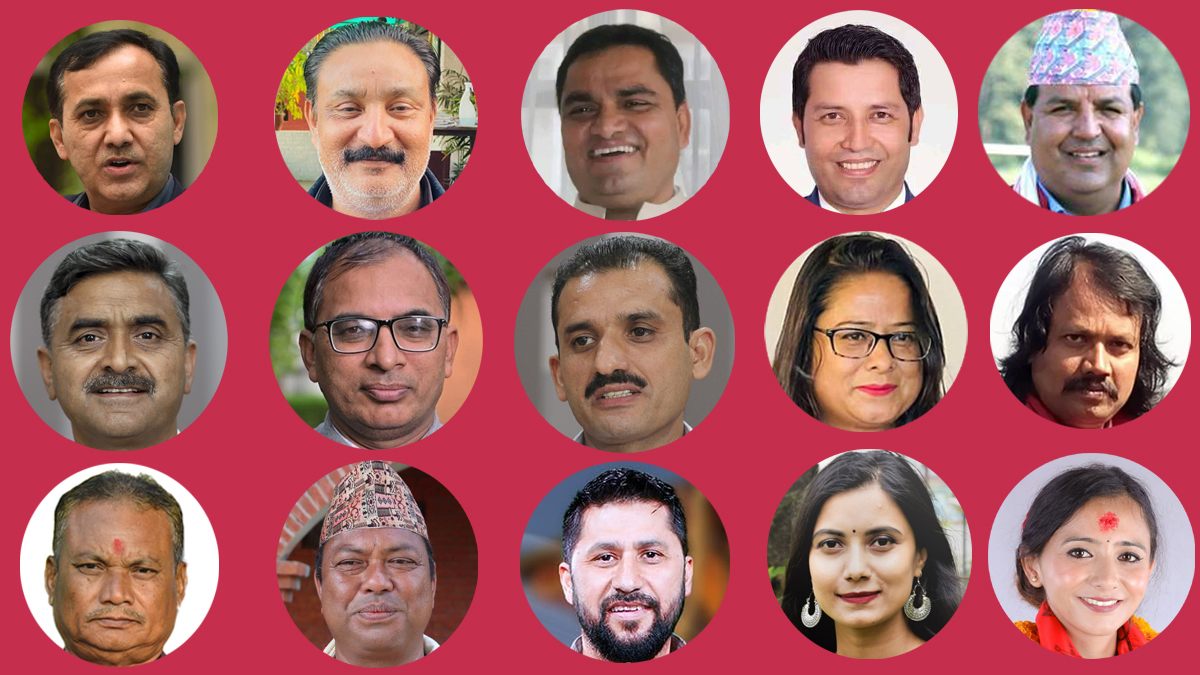 Emergence of new faces
The emergence of new faces in the Kathmandu Valley where Nepali Congress and communist parties used to dominate can be taken as an informed civic sense and urgency of change underscored by the youth voters. Sobita Gautam from Kathmandu-2, Sishir Khanal from Kathmandu-6, Ganesh Parajuli from Kathmandu-7, and Biraj Bhakta Shrestha from Kathmandu-8 have been elected to HoR. Out of the 10 constituencies, Rastriya Swatantra Party led by Rabi Lamichhane, previously a media person, became able to secure four seats for HoR.
Prakash Man Singh of Nepali Congress also faced tough battles in Kathmandu-1. He won the election with just 125 votes. Similarly, the defeat of leader Pampha Bhushal of CPN Maoist Centre from Lalitpur by Swatantra Party’s Dr Toshima Karki with threefold more votes, and two other seats in Chitwan by Rabi Lamichhane in Chitwan-2 and Hari Dhakal in Chitwan-1 are striking examples that voters want change. Lamichhane won the election by more than threefold votes.
Once regarded as the stronghold of communist party, the Kathmandu Valley witnessed new faces this time. CPN UML’s Senior Vice Chairman Ishwor Pokharel was defeated by Nepali Congress youth leader Pradip Poudel in Kathmandu-5. The defeat of Senior Vice Chairman of UML, Pokhrel, and General Secretary Shankar Pokhrel can be taken as huge loss to the UML while similar is Home Minister Balkrishna Khand’s defeat to Nepali Congress and General Secretary Dev Prasad Gurung’s to CPN (Maoist Centre).
Moreover, the rise of Nagarik Unmukti Party in the Sudurpaschim Province and the Janamat Party in Madhes are equally defining challenges to the traditional parties. Chair of Janamat Party, CK Raut, having a short political background, defeated heavyweight of Madhes, Upendra Yadav. The challenge posed by independent candidate Sagar Dhakal against NC President Sher Bahadur Deuba drew the attention of many. Although NC President Deuba won the election from his home district, Dadeldhura, Dhakal was able to collect 13,042 and garner sympathy.
The vote count under the FPTP so far shows Nepali Congress has secured 54 seats in HoR while CPN UML 44, CPN (Maoist Centre) 17, CPN (Unified Socialist) 10, and Rastriya Swatantra Party, Rastriya Prajatantra Party, and Janata Samajwadi Party each 7, Loktantrik Samajwadi Party 4, Nagarik Unmukti Party 3, and Janamat Party and Rastriya Janamorcha each 1.
New parties need learning and old ones unlearning
Now, how the government will be formed and how it will deliver to the people is much awaited and observed. The new political parties having no experience in national politics and parliamentary affairs need learning while the old ones need unlearning. It is what the election result and behavior of parties warrants. The responsible behaviour of new parties would help them garner further support, while course correction by the traditional ones is imperative.
In this connection, a political scientist Sanjeeb Ghimire said, “It is normal to see the emergence of new parties and leaders through election in democracy. The entry of news parties as Rastriya Swatantra Party, Nagarik Janamat Party and the Unmukti Party is the reflection of the anti-incumbency campaign. If the old parties fail to deliver again on their promises, they will be swept away even from the rural constituencies.”
He however questioned the sustainability of the new parties because they have not come up with a clear ideology. Political parties cannot survive without ideology, policy and programmes, Ghimire argued, adding that how they adopt ideology and materialize it will determine their future. Lack of ideology does not build party organization, he stressed.
Likewise, about the messages of this election, writer and political analyst, Keshab Dahal, observed, “Traditional voters have warned the old parties that voters would no longer stick to them if they failed to deliver. Voters also reminded that old parties would see decline, and erode fast once they glued to the status quo. Decreased votes to old parties is a reminder of ‘do or die’ to them.”
In a question whether the new parties would sustain in the days ahead, analyst Dahal also stressed that the new parties need to have ideological clarity and implement the promises, thereby building party organization.
He further suggested the political parties to form the government having the parties with similar ideology and agenda, rather than mishmash.
The election results and analysts’ observation reiterate that traditional political parties in Nepal are in dire need of self-correction, while the new ones are awaited to see how they build organization, foster proper ideology and deliver promises. In a democracy, the political parties have no alternative, but whether they connect people and prioritize people’s and national needs and aspirations bears significance. This election has given adequate lessons if they learn.
Narayan Prasad Ghimire/RSS