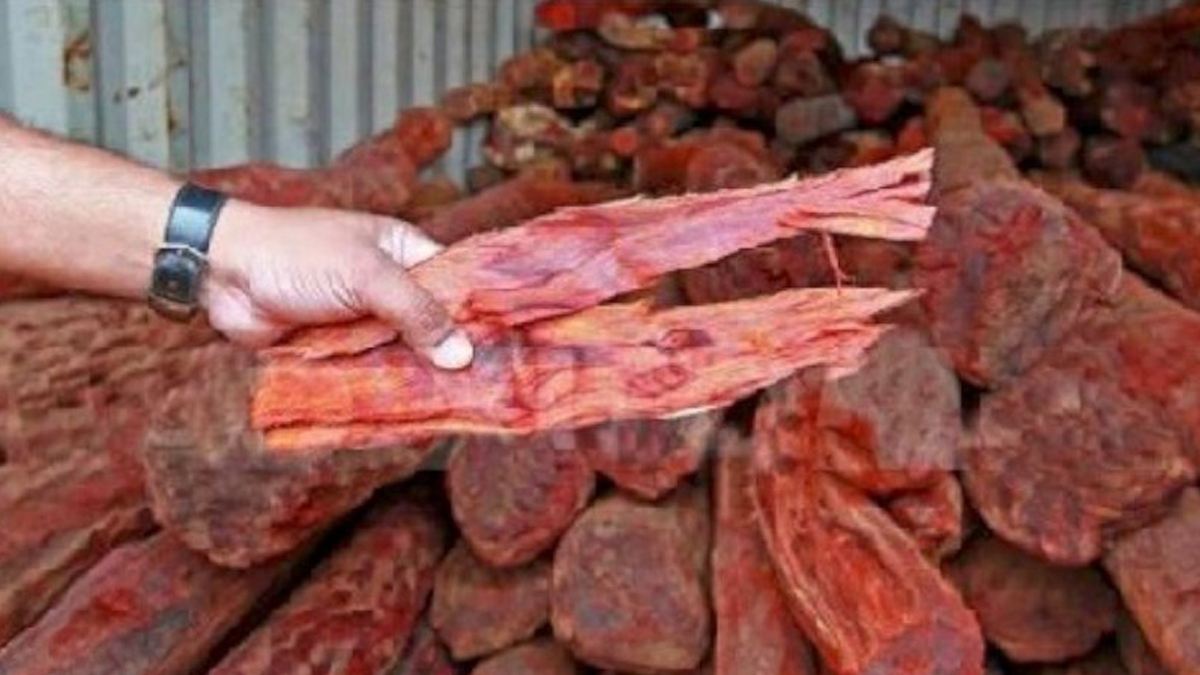 Over 40,000 kilogrammes red sandalwood confiscated by police in various places over different periods of time and left stranded in Sindupalchowk district is on the verge of decay.

Logs of the valuable red sandalwood were seized by police while the smugglers were trying to smuggle them to China and left stranded for decades in absence of clear laws about what to do with such confiscated logs.

Although the District Forest Office ought to conserve the seized red sandalwood, a huge chunk of the valuable wood have been lying in sorry state in the premises of District Administration Office in Sindupalchowk.

Assistant District Forest Officer Krishna Bahadur Thapa shared that in lack of area in the Forest Office and unavailability of someone to guard the seized goods, they were keeping the seized red sandalwood elsewhere and handed over to the police for security.

The concerned authority is yet to decide on what to do with those seized goods. “The Department or Ministry should decide on the same. We are not authorized to take decision on it,” said Thapa, adding that since they were told to conserve the seized red sandalwood from the higher up, they were keeping them safe till date.