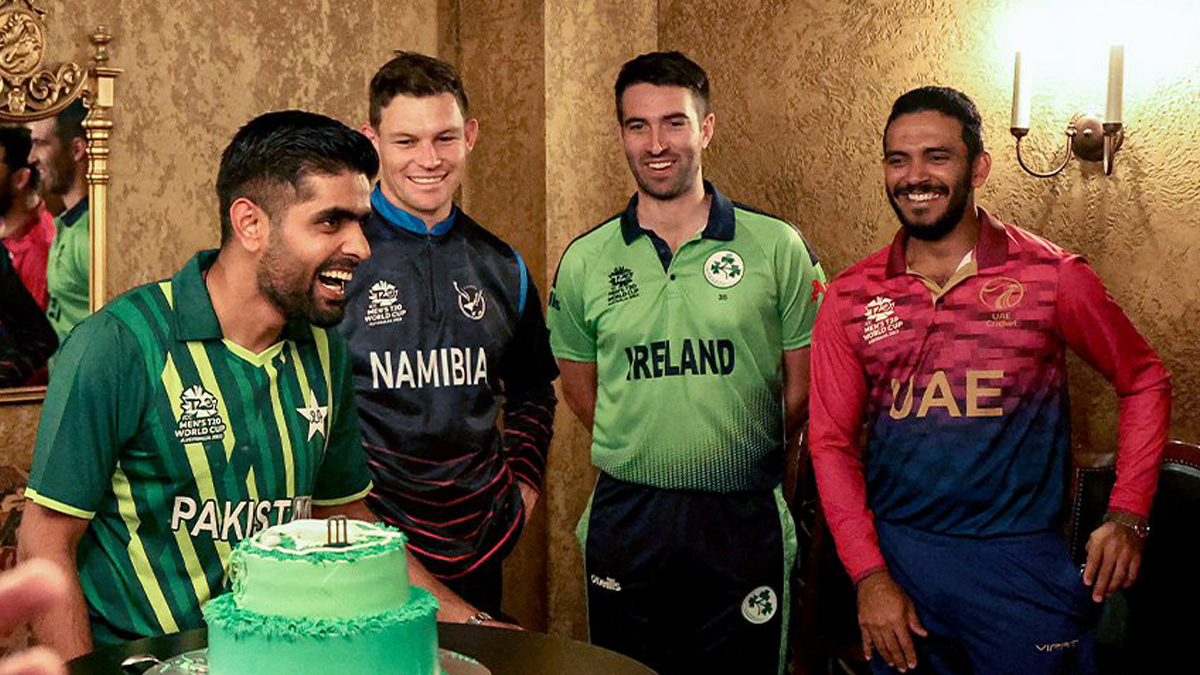 The captain of the Pakistan cricket team, Babar Azam, turned 28 on October 15 and he celebrated the day with the captains of the other international teams.

On Saturday, the ICC media gathering, which was attended by the captains of all 16 participating countries, including India’s Rohit Sharma and Pakistan’s Babar Azam, coincided with Babar’s birthday.

Australian captain Aaron Finch added a wonderful touch by bringing in a cake for Babar after all the captains had finished speaking with the media.

The Pakistan cricket team’s digital staff also prepared a cake for Babar in another room.

Babar Azam in his international cricket career has had 42 Tests, 92 ODIs, and 92 T20Is in which he has scored 11,017 runs. Babar has also 26 centuries, and 74 fifties in international matches.

Babar Azam is also the only batter to be in the top three rankings in all formats. He was part of the ICC Champions Trophy winning team in 2017.

He’s the only batter to register a hat-trick of ODI centuries on two occasions.

Babar is also the only batter to score two T20I centuries for Pakistan along with becoming the most successful captain of Pakistan in T20I cricket with the most number of wins.

Babar is currently leading Pakistan in all three formats and is also the captain of the PSL franchise Karachi Kings.