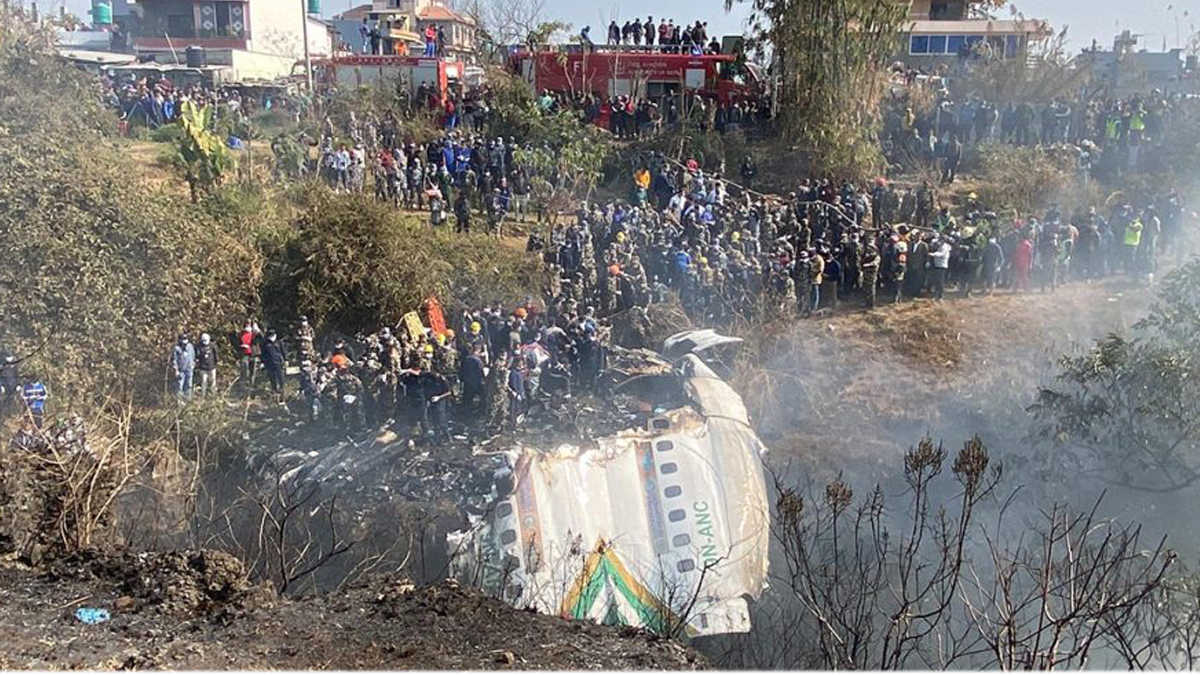 The passengers who met with an aircraft crash in Pokhara today have been identified. Sixty eight passengers 60 Nepali nationals and eight foreign ones) and four crew members including Captains Kamal KC and Anju Khatiwada were onboard the aircraft when it crashed.

The children are Krish Pariyar, Prasiddhi Paudel and Aayurdhi Sharma, and identity of three infants has yet to be established.