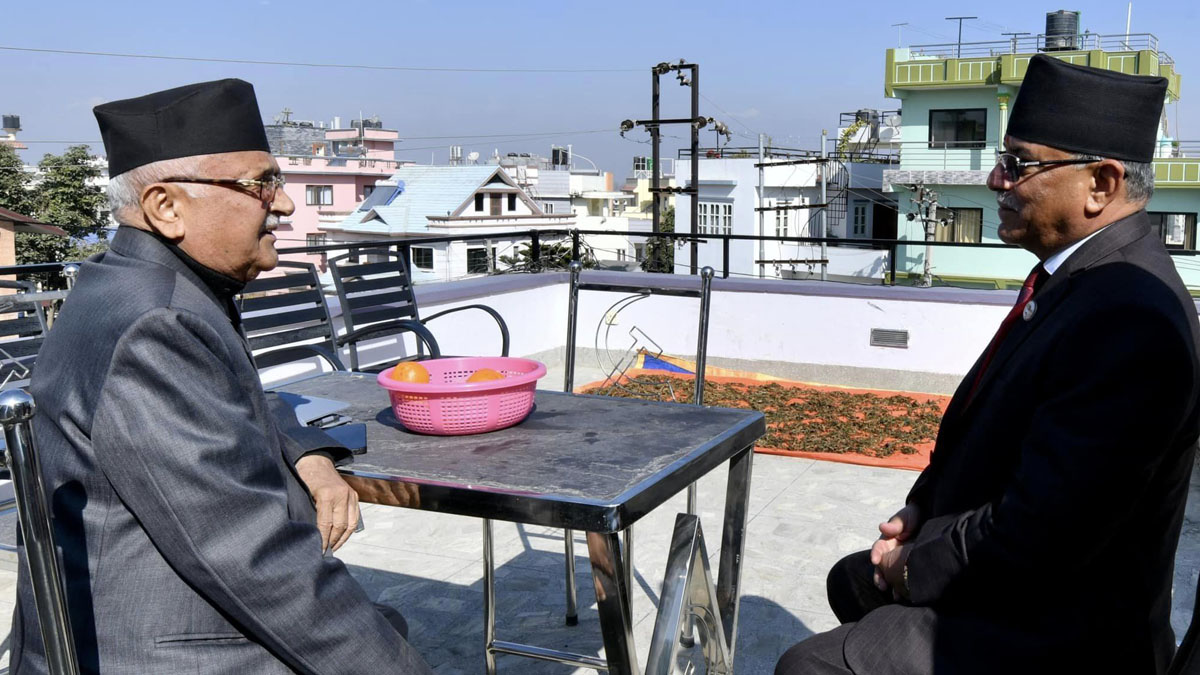 Prime Minister and CPN (Maoist Centre) Chairperson Pushpa Kamal Dahal ‘Prachanda’ and CPN (UML) Chairperson KP Sharma Oli have held discussion on policies and programmes to be upheld by the incumbent government and its operation.

At the meeting held between the two in PM Dahal’s personal residence at Khumaltar in Lalitpur district today, they held comprehensive discussions on major policies and programmes to be taken by the incumbent government and how to make the newly formed government’s delivery effective, according to PM Dahal’s personal aide (PA) Ramesh Malla.

During the meeting, the two leaders also discussed the decision made in the first meeting of the Council of Ministers led by Dahal, added PA Malla. “The meeting discussed to implement the government’s decision to make good-governance and public service delivery further effective.”

Moreover, PM Dahal and former PM Oli, informally discussed about expansion of government and power sharing in the provincial government.

Further discussion on this agenda is scheduled between the two in Prime Minister’s official residence in Baluwatar, Kathmandu on coming Thursday, informed PA Malla.

The next meeting will be attended by the top leaders of the coalition partners, he added.

Earlier today, PM Dahal held consultation with former Prime Minister Madhav Kumar Nepal during which the former placed a request with the latter for supporting and participating in the Dahal-led government, shared PA Malla.