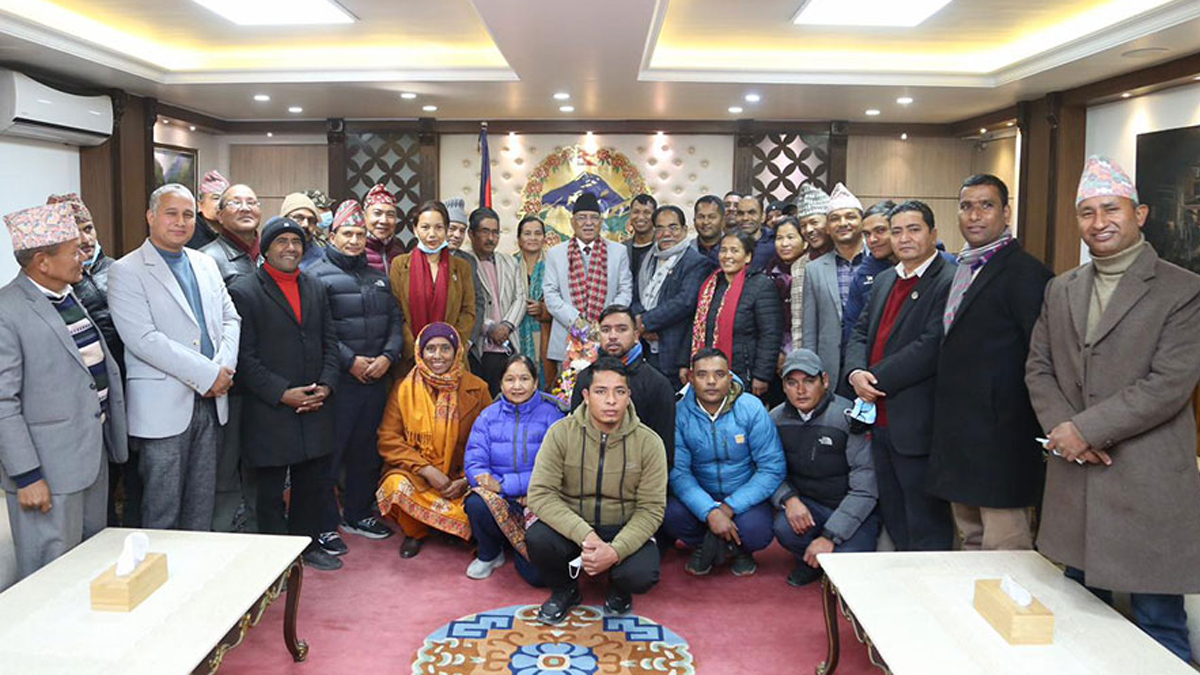 Also the CPN (Maoist Centre)’ chair, PM Dahal made this assertion in a meeting with the party’s leaders and cadres from Karnali province at his official residence at Baluwatar, today. He said it is the government’s main duty to carry out positive works taking the people into confidence.

Stating that it is necessary to win the trust of the people by carrying out good works, the Prime Minister instructed the party leaders and cadres to work better whatever it required – hard work, dedication and bearing of hardship, said Surya Kiran Sharma, press coordinator for PM Dahal.

As Sharma said, the PM on the occasion expressed that the good works he had carried out could not be adequately publicized and cited projects like the Mid-hill Highway and the North-South Corridor Highway which were proposed after he became the Prime Minister the first time. He added that these projects could not be established as the projects carried out by the Maoist party.

According to the Prime Minister, the Maoist party played a major role for bringing about the present change and although programmes like ‘Ujyalo Nepal (Bright Nepal)’ were carried out under the Maoist’s leadership and initiation, there was problem taking ownership of this.

He shared that talks are there of integrating the communist movement and forming the Socialist Forum.

Expressing happiness over the party remaining at the forefront in Karnali province, PM and Maoist Centre Chair Dahal said the present government pays attention to the region’s development.

He directed that the forthcoming government in Karnali should give an impetus to the economic development for the people and the province and should build a lively relation with the people, carrying out works winning the people’s hearts.