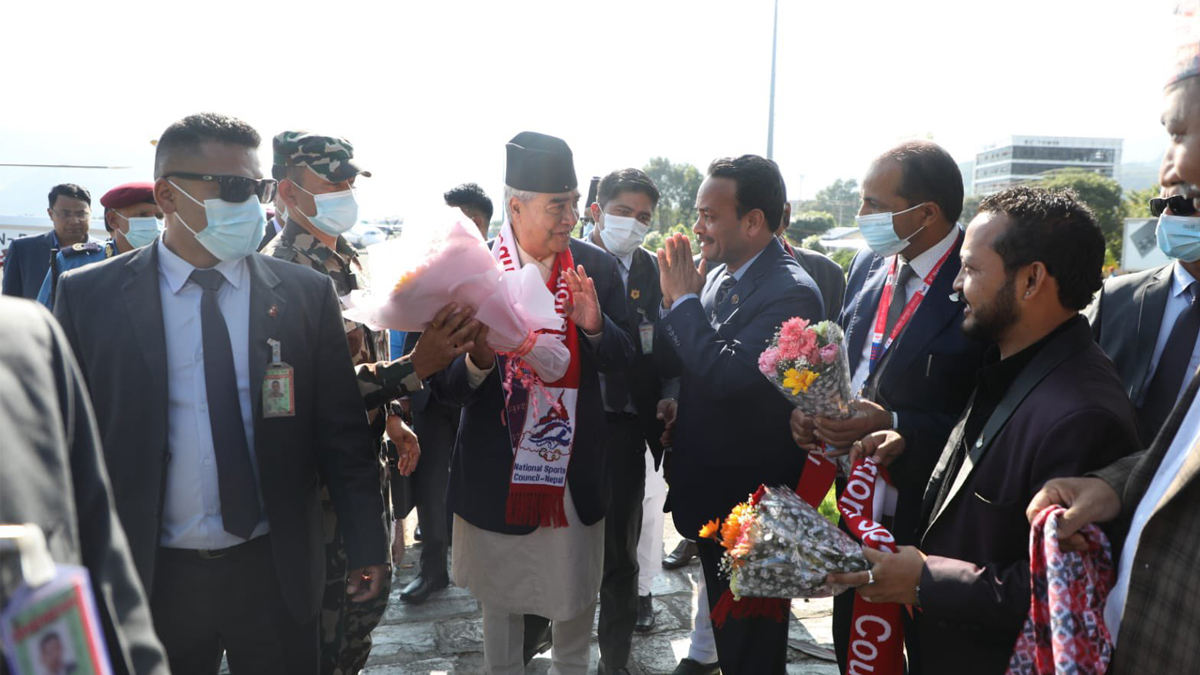 Prime Minister Sher Bahadur Deuba has arrived in Pokhara in connection with participating as the Chief Guest in the closing ceremony of the Ninth National Games at Pokhara Stadium later today.

PM Deuba made an onsite visit to the International Mountain Museum in Pokhara earlier today.

According to the secretary of the National Games Publicity Sub-Committee, Khusraj Dahal, the closing ceremony would feature several cultural programs, performances by artists, processions, songs, and dances.