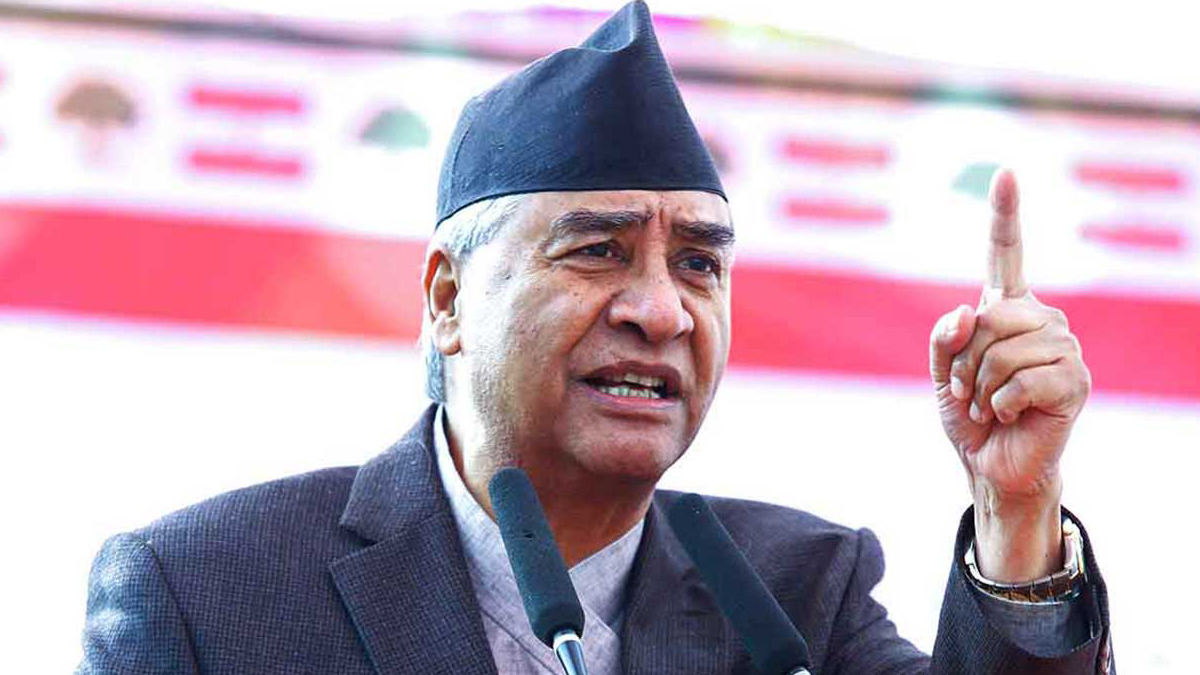 He is all set to address the election meeting at Nawadurga rural municipality and Ganyamdhura.

PM Deuba has been in Dadeldhura since Thursday so as to make the alliance candidates victorious.

He also addressed the election-focused mass gatherings in the district headquarters on Thursday.

As per the program schedule. PM Deuba will remain in the district up to November 8.

During his stay in the district, he would attend a total of seven election-focused gatherings in Dadeldhura.

PM Deuba is also scheduled to meet with the leaders and cadres of the coalition and his own party Nepali Congress during the campaign.