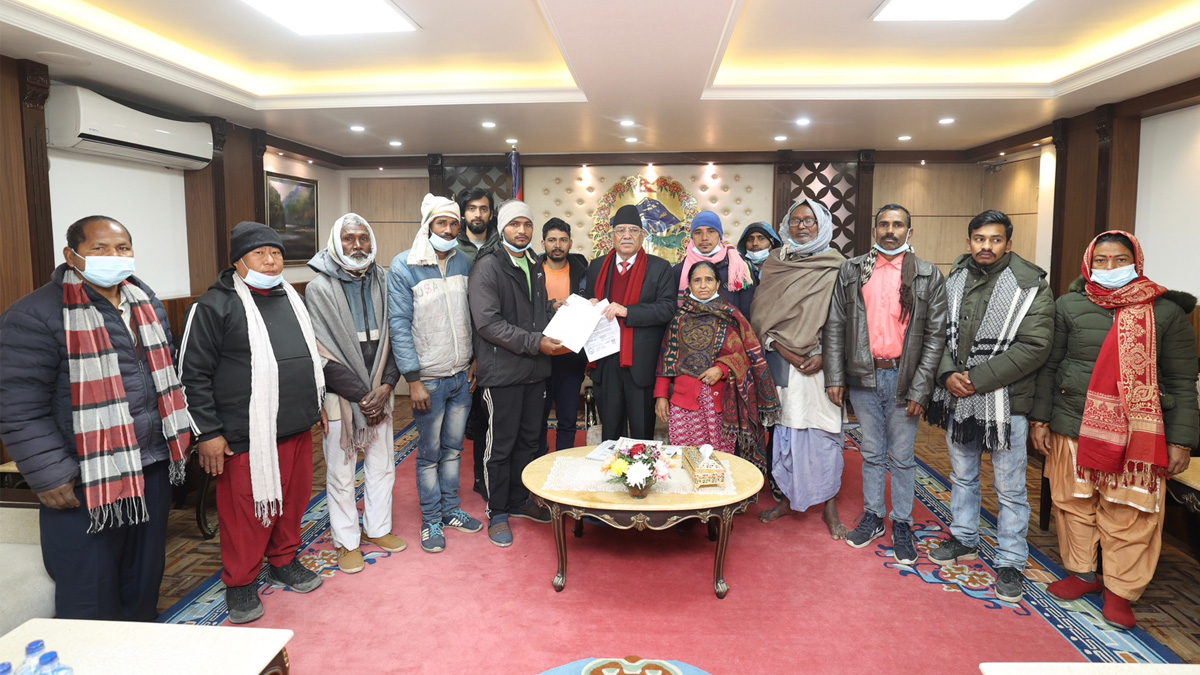 Prime Minister Pushpa Kamal Dahal ‘Prachanda’ has said that he would take immediate actions to address the problems faced by the poor people at the hands of loan sharks.
PM Prachanda visited those victims at his official residence in Baluwatar this morning.
During the meeting, the PM assured that the issues of those affected individuals from the loan sharks (notorious Meter Byajee) would be resolved.
“We will see the agreement signed with the outgoing government. Thousands of farmers have become victims from the loan sharks. I have well understood your pains. Troubleshooting this issue is my priority. I will address this,” the PM assured the farmers suffered from the loan sharks.
According to the PM’s Secretariat, the representatives of farmers have expressed their confidence that this government would address their concerns since this government is a farmers’ representatives.