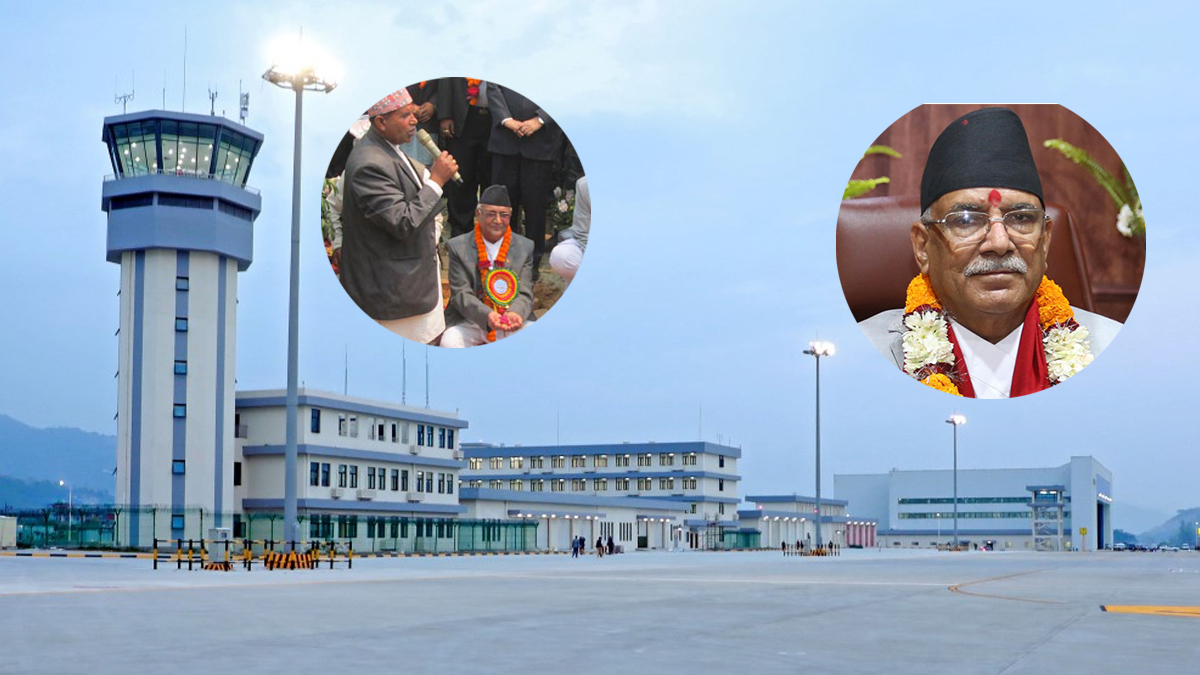 The Civil Aviation Authority of Nepal (CAAN) is all set for the grand opening of Pokhara Regional International Airport (PRIA) in Pokhara, the main tourist city of the country.

The international airport is going to be formally put into operation from the first day of the English New Year on the 1st of January this Sunday (tomorrow). From February 23, there will be daily 18-hour flights from the airport.

Prime Minister Pushpa Kamal Dahal “Prachanda” will inaugurate the the airport after 5 decades of ups and downs. The inauguration will be followed by the Prime Minister’s address on the occasion.

The opening ceremony will be special and grand with the participation of Nepal Civil Aviation Authority, Provincial Government, Pokhara Metropolitan City, Pokhara Tourism Council and other tourism organizations.

On the opening day of the airport, the crew and passengers of the aircraft landing at the airport from the first flight in the morning will be welcomed with garlands.

Pokhara Metropolitan Municipality has started work to make the international airport opening program more organized. The metropolis has gathered to make the event grand. With the same happiness, it has given a public holiday on Sunday.

From the opening day of the airport, all domestic flights will be operated from the same airport. Private airline companies have completed preparations including office management to start flying from the new airport. Buddha, Yeti and Sourya Air have also completed test flights.

A Chinese company named China CAMCE, which was awarded the contract for  the construction of the airport, started the construction work one and a half years after the foundation stone was laid. The construction company handed over the infrastructure of the airport to Nepal in the third week of March last year after 93 percent of the work was completed. The airport was upgraded despite the difficulties faced during the pandemic.

It is estimated that the construction of the airport cost around Rs 22 billion. The Ministry of Finance has taken this amount as a concessional loan from China’s Export-Import (Exim) Bank. At present, aircraft can only land from the east in this one-way approach airport. In the agreement between CAAN and CAMCE, it was agreed to build the airport on EPC (Engineering, Procurement and Construction) model.